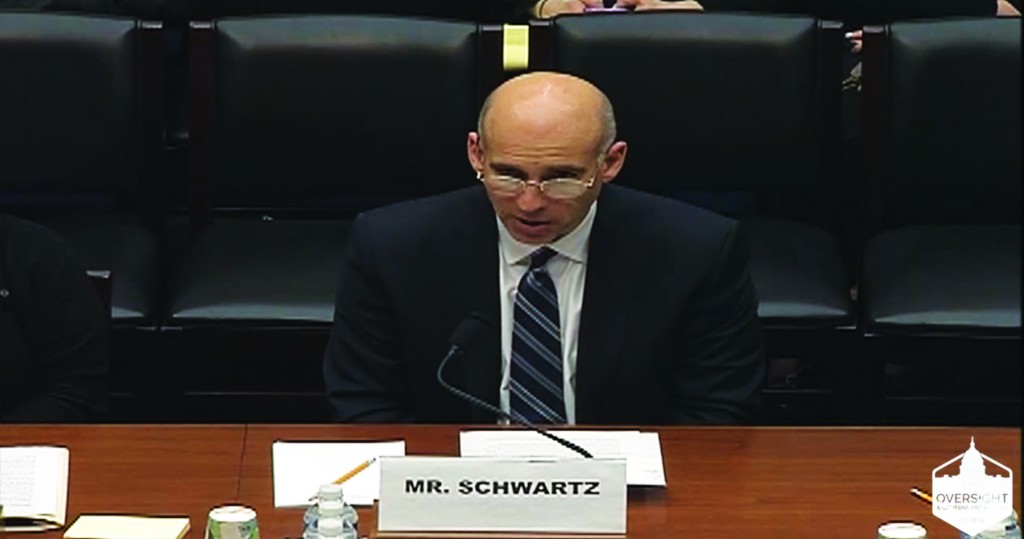 Amid emotional testimony from the families of victims and several organizations, the members of a House committee probed Brad Wiegmann, deputy assistant attorney general, National Security Division, U.S. Department of Justice, as to why none of the killers of the 64 Americans murdered in terror attacks in Israel had been prosecuted by the department.

At the center of the hearing was the role of the Office of Justice for Victims of Overseas Terrorism (OVT), created in 2005 “to ensure that the investigation and prosecution of deaths of American citizens overseas [as a result of terrorism] are a high priority within DOJ.” Reflecting on the announced purpose of the office and its track record regarding those hurt or killed in Israel, Rep. Ron DeSantis (R-FL), the chairman of the National Security Subcommittee of the House Oversight and Government Reform Committee, said in the hearing, “This is not what Congress intended [by creating the special department], nor is it what the American people want.”

Rep. DeSantis told Hamodia that the committee called the investigative hearing after it “received information from victims’ families about the inadequacy of OVT and the lack of prosecutions.”

Mr. Wiegmann said that while he “understands the frustration” over the lack of prosecutions, the chief purpose of the OVT is to “assist in foreign prosecutions,” implying that if the government of the country in which the act was perpetrated was acting appropriately, the department would not act directly. He also pointed to 12 instances where the DOJ prosecuted Palestinians for financing terror and added that a lack of “public charges does not mean that there are no charges or that none will be brought.”

Committee members seemed less than convinced, with Rep. DeSantis saying, “When it’s 0 to 64, people wonder what the department is doing.” Mr. Wiegmann confirmed that the DOJ had indicted many perpetrators of terror against Americans in countries other than Israel. He could not provide a number.

One of those giving testimony was Arnold Roth, father of Malka Roth, Hy”d, who was killed in the bombing of the Sbarro pizza shop in 2001.

“Since justice is the heart of our concerns, and years have gone by without update or result, it has to be said that justice has not been achieved here,” he said. “If some larger truth lies behind the lack of momentum, that truth ought to be disclosed. If diplomatic considerations override the law enforcement imperatives, we wish that were made known, too.”

Mr. Wiegmann flatly denied this motivation under questioning, saying it is “absolutely not the case.”

“U.S. prosecution is an important deterrent and the lack of communication and indictments is unacceptable,” said Farley Weiss, president of the National Council of Young Israel, who submitted written testimony to the hearing. “This is not a controversial issue. Going after terrorists brings world peace and there was a department created to ensure that justice is served.”

At the conclusion of the hearing, upon the request of Rep. Mark Meadows (R-North Carolina), Mr. Wiegmann agreed to present the committee with a report on communication with victims’ families within 120 days.

“The committee will be in touch with the victims to monitor whether OVT is adequately serving them. In addition, the committee will seek briefing on the status of cases against Palestinian terrorists who are still at large,” Mr. DeSantis told Hamodia. “Congress should require the executive branch to seek the extradition of terrorists who killed or injured Americans and who are roaming free.”