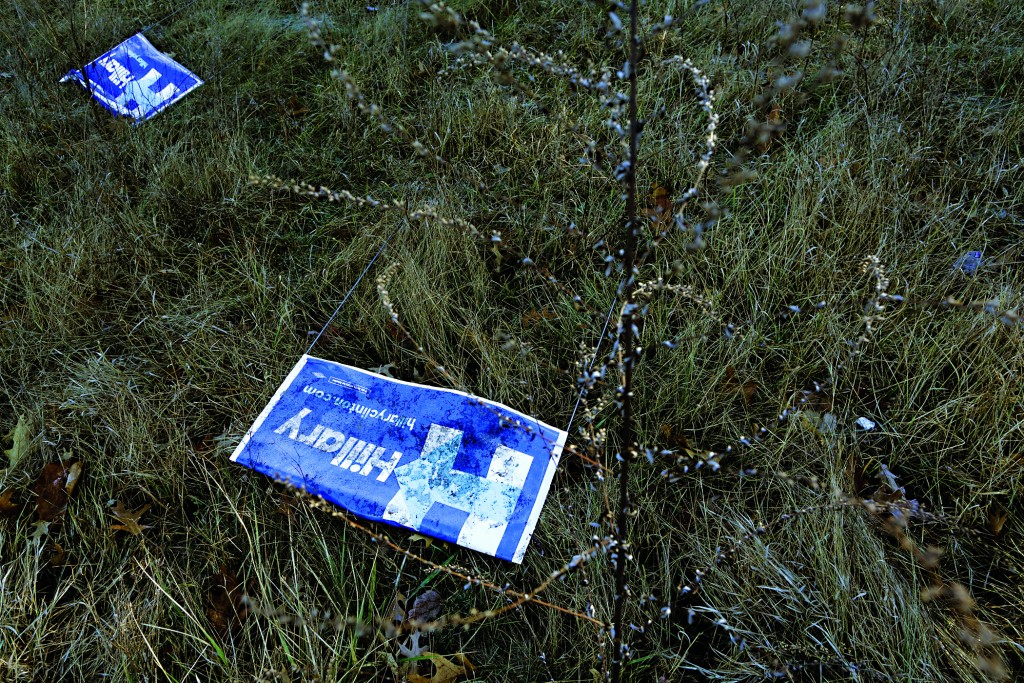 Hillary Clinton emerged from Iowa with a razor-thin victory over Bernie Sanders — and a new round of nervous second-guessing from supporters.

Topping the list of concerns is Clinton’s staggering disadvantage with young voters, a crucial Democratic constituency that overwhelmingly sided with Sanders. Clinton supporters are also worried that the campaign is still struggling with a muddled message, a problem that plagued her not only in the opening months of this campaign but also in her failed 2008 White House bid.

But this time the Democratic hand-wringing is balanced by something more positive: cautious optimism that she has an organization that might overcome her weaknesses.

“Momentum was with Sanders,” said Mo Elleithee, a former Clinton campaign aide. “The organization kicked in, and she got scrappy.”

While Clinton’s voter-targeting and get-out-the-vote efforts may have put her over the top in Iowa — barely — the campaign underperformed by its own expectations. In the hours before the caucuses began, aides privately told supporters they expected her to win by about five points.

The final tally put Clinton ahead by less than three-tenths of 1 percent.

It wasn’t much, but it may have been enough to hold off potential upheavals within the campaign. For weeks, some Clinton allies and former staffers have floated the idea of demoting campaign manager Robby Mook, the architect of the ground operation in Iowa and beyond. But several Democrats close to the campaign said Tuesday that Mook’s standing was solid, in part because of the Iowa outcome.

The Democrats insisted on anonymity because they were not authorized to publicly discuss internal campaign dynamics.

Even with a win in hand, big challenges await Clinton as the race moves to New Hampshire, where Sanders has led preference polls for months. While Clinton’s campaign insists he has home field advantage given that he’s from neighboring Vermont, it’s Clinton and her husband, former President Bill Clinton, who have deep political roots in the state.

Clinton allies are more confident she’ll thrive when the race turns to states like South Carolina and Nevada, where black and Hispanic voters are more plentiful. But they’re deeply concerned about her struggles with young people, a key part of the coalition that propelled Barack Obama to the White House — and a coalition Clinton hopes to replicate in a general election.

More than 8 in 10 caucus-goers under the age of 30 came to support Sanders, as did nearly 6 in 10 of those between 30 and 44, according to a survey conducted for The Associated Press and the media networks by Edison Research.

“That’s unprecedented,” said Paul Begala, a longtime Clinton ally who advises a super PAC backing her candidacy. “She cannot be president without the enthusiastic support of those Sanders voters.”

Clinton conceded in an interview with CNN that she is “going to have some work to do to reach out to young voters.”

Allies pinned at least some of her problems with young voters on a muddled message. Sanders has resonated with his call for a “political revolution” to fix an economy he calls rigged for the wealthy.

“I think there was something …. to Sanders’ message that inspires the base,” Anderson said. Campaigning in New Hampshire on Tuesday, Clinton largely stuck to the message she used during the last days in Iowa, casting herself as a liberal who can accomplish change — an implicit suggestion that Sanders’ proposals are unrealistic.

But her husband hinted a more aggressive approach toward Sanders may be coming.

“We should talk about what the honest differences are: first, on what they want to do and how they want to pay for it; and secondly, who’s the best to do it,” the former president said.

Some Democrats warned the candidate against overcorrecting.

“Swerving off her lane, changing messages or tone would be a mistake,” said Dan Pfeiffer, a longtime Obama adviser. He pointed to March 15 contests in Florida, Ohio and Illinois as a test of whether Clinton “will either put this away, or sign up for a 2008-style slog.”