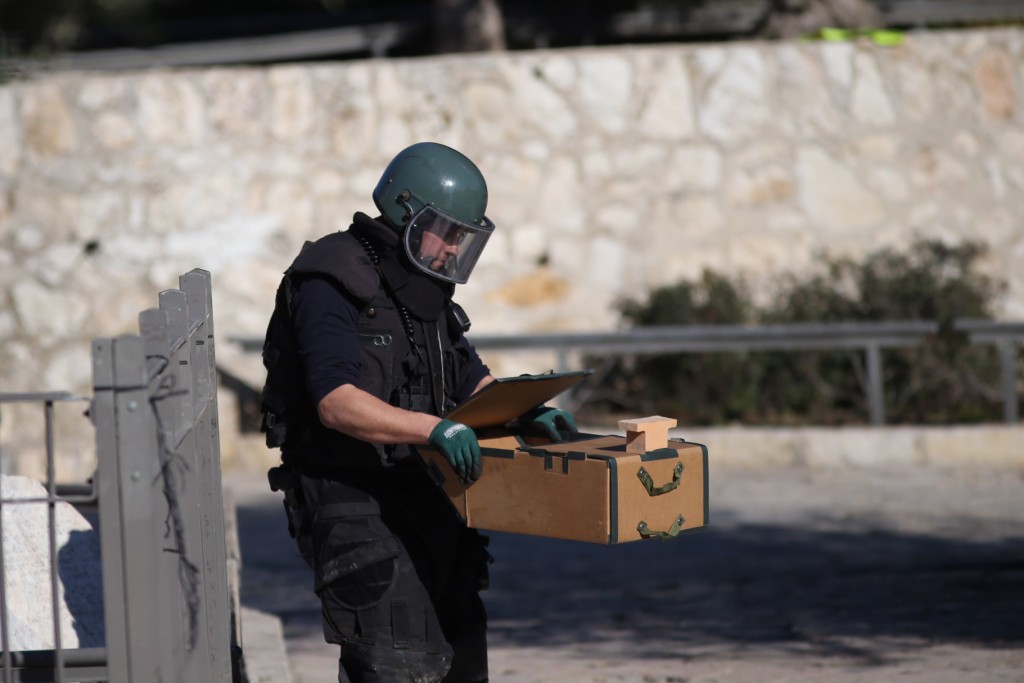 As one of the victims of the shooting and stabbing attack in Yerushalayim was fighting for her life Wednesday afternoon, Mayor Nir Barkat sought to calm what many fear is becoming an explosive situation, as residents of the city express growing frustration with the failure of security services to prevent terror attacks. In a statement, Barkat said that he “expected police to find out everything there is to know about this attack. We will not tolerate terrorists in Yerushalayim.”

Barkat said that as mayor of the entire city, he believed that Arabs and Jews could live together. “The Arab population in Yerushalayim are interested in calm. They are not terrorists.”

Three Border Police officers were injured in the combined shooting and stabbing attack near the Damascus Gate in the Old City of Yerushalayim Wednesday afternoon. The terrorists were eliminated, residents of Kabatiya, were eliminated. Police said they had no previous security violations on their record. One of the injured, 20 years of age, was injured critically, and a second, 19 year old victim, sustained serious injuries. A third, 20 years old, sustained light injuries. Medical crews treated the critically injured soldier at the scene of the incident. Two of the wounded soldiers were evacuated to Hadassah Har Hatzofim Hospital.

Quick thinking by security personnel prevented what could have been a far worse tragedy, security officials said. The three terrorists involved in the attack were carrying not only knives, but guns as well. Security officials who were on patrol demanded that they stop for a search. One of the terrorists pulled out a rifle and began shooting, hitting two IDF soldiers. Security personnel on the scene immediately opened fire and eliminated them. Police also found several explosive devices in the backpacks of the terrorists, they said in a statement.

President Reuven Rivlin praised the actions of security personnel in helping prevent a greater tragedy. “I spoke to officers on the scene, and received a full update on what was happening. I was told how the alertness of officers was able to prevent a greater tragedy, acting as an iron wall against the terrorists who seek to harm us. I also join the rest of Israel in praying for the recovery of the injured,” he added.