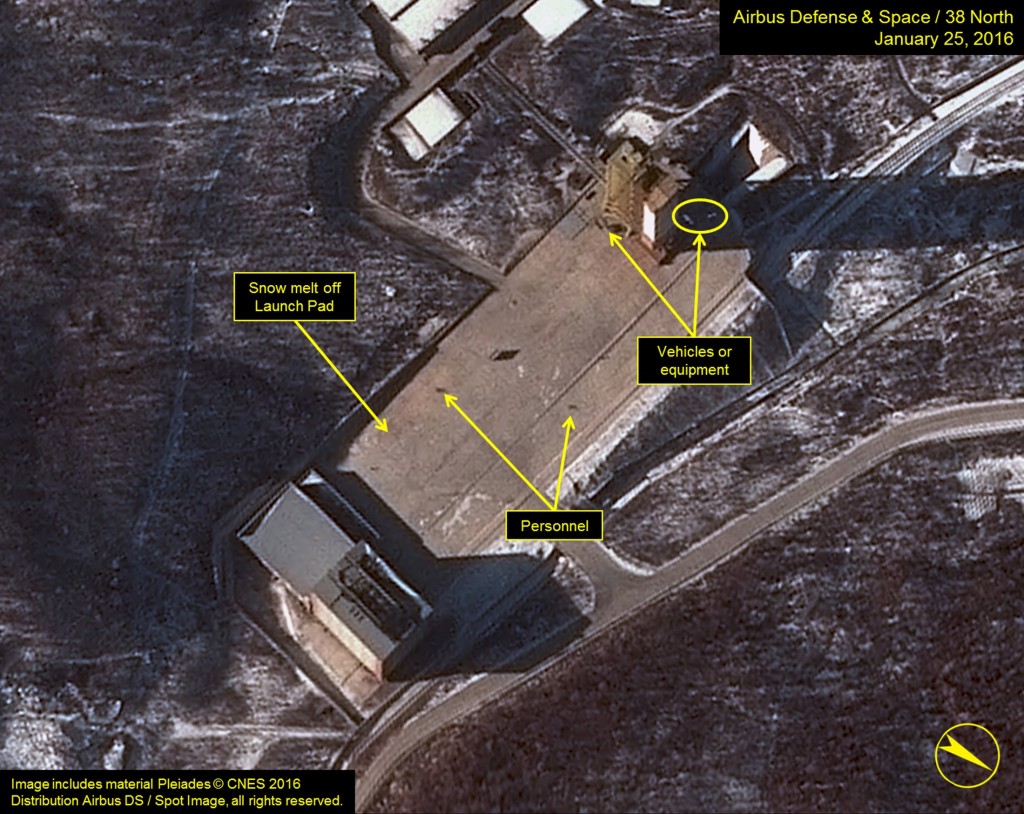 North Korea has notified the International Maritime Organization of plans to launch a satellite between Feb. 8 and Feb. 25, the United Nations agency told Reuters late on Tuesday.

Previously U.S. officials thought that North Korea was making preparations for a test launch of a long-range rocket. That suspicion was formed after activity was observed at its test site via satellite.

“We have received information from DPRK regarding the launch of earth-observation satellite ‘Kwangmyongsong’ between 8-25 February,” a spokeswoman for the IMO told Reuters by email. (North Korea’s official name is the Democratic People’s Republic of Korea.)

North Korea, which conducted its fourth nuclear test on Jan. 6 in defiance of U.N. sanctions, last conducted a long-range rocket launch in December 2012, sending an object it described as a communications satellite into orbit. Western and Asian experts have said that the 2012 launch was part of an effort to build an intercontinental ballistic missile.

North Korea maintains that it has a sovereign right to pursue a space program by launching rockets.

North Korea is already under U.N. sanctions for its nuclear and missile programs, and countries including the United States and South Korea are seeking fresh sanctions after its latest nuclear test.