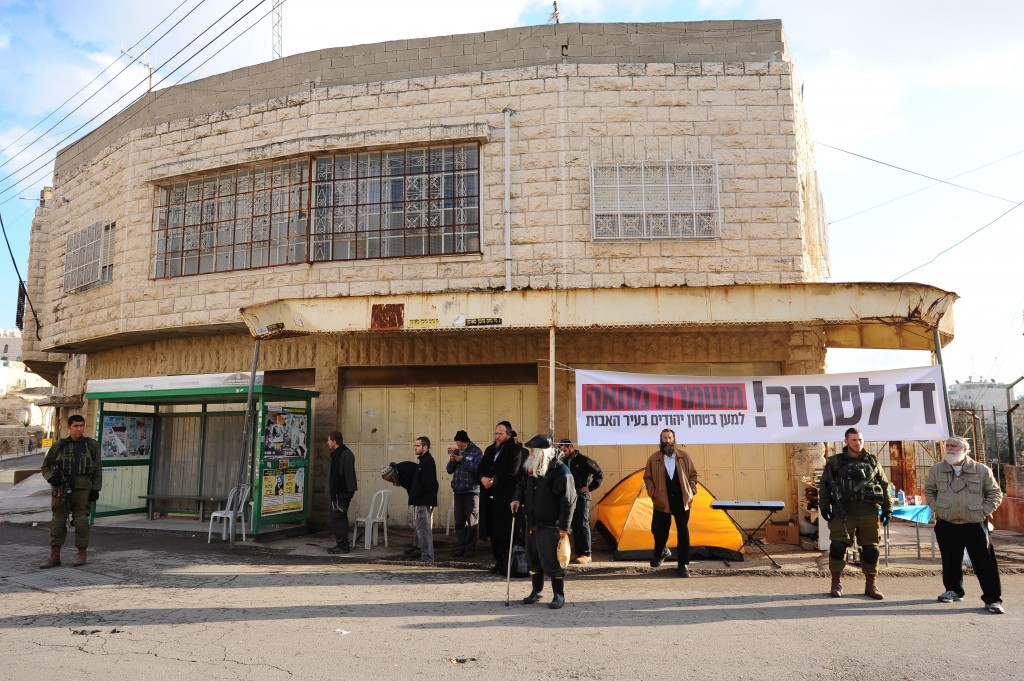 Tuesday is the day that Prime Minister Binyamin Netanyahu promised to draw conclusions on whether to allow dozens of Jews who purchased buildings in Chevron to move into them – and in advance of that expected announcement, dozens of mayors and activists in the Likud have filed a petition with Netanyahu and Defense Minister Moshe Yaalon demanding that the property rights of the Jews who bought those buildings be restored, the Shomron Residents Council said in a statement.

Signing the petition, which was organized by Council head Yossi Dagan, included the mayors of Kiryat Gat, Rosh Ha’ayin and Givat Shmuel, heads of regional authorities, including the Nachal Soreq and Merom Galil authorities, and heads of Likud chapters around the country.

In the petition, the signers urge Yaalon to allow the Jews who were evicted a week and a half ago from two buildings next to Me’aras Hamachpelah to return to the buildings. Yaalon had removed the residents of Beit Leah and Beit Rachel, two buildings that Jewish groups claim they purchased from Arabs. He had demanded to see documentation attesting to the sale – which the residents were reticent to produce, in order not to endanger the lives of the former owners, who, by selling their property to Jews, could now be sentenced to a death penalty by the Palestinian Authority. He then sent in IDF troops to evict the 80-some people who had taken up residence in the buildings.

In the wake of threats by several MKs to refuse to support the government in votes last week – which could have brought down Binyamin Netanyahu’s narrow coalition of 61, where every vote counts – the Prime Minister declared that a special committee to examine the matter would be established to examine the situation. One way or another, he promised, the committee would finish its work by Tuesday, after which he would make an executive decision.

“A right-wing government that is headed by the Likud and leads the national camp can certainly not be one that acts in such a way. Instead is must support Jewish settlement in all of the Land of Israel,” the petition said. “We request that the residents be restored to their homes as soon as possible.”

Speaking Monday on Israel Radio, Yaalon reiterated that he would not be intimidated into approving any housing that was not 100 percent legally obtained – and could be proven as such. “My way is a long one that in the end is short,” the Defense Minister said. “The Chevron issue is a perfect example. The short way that the settlers prefer, of invading a house as they did and seeking immediate legitimacy, could lead to tragedy and destruction. If you are positive of your path and the deal was a legitimate one, then wait until it is approved by us. We have had many examples where this was done and the residency in a building was approved.”