World Kerry: IS Pushed Back in Iraq, Syria, Still a Threat in Libya
World 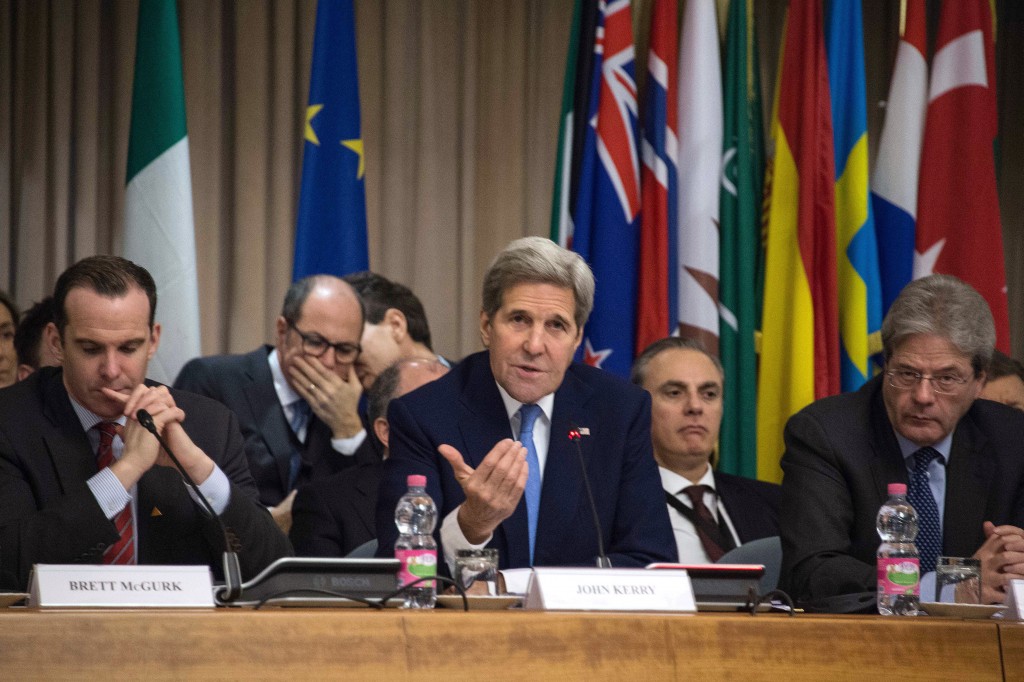 An international coalition is pushing back Islamic State terrorists in their Syrian and Iraqi strongholds, but the group is threatening Libya and could seize the nation’s oil wealth, Secretary of State John Kerry said on Tuesday.

Officials from 23 countries are in Rome to review the fight against Islamic State terrorists, who have created a self-proclaimed caliphate across swaths of Syria and Iraq, and are spreading into other countries, notably Libya.

Islamic State forces have attacked Libya’s oil infrastructure and established a foothold in the city of Sirte, exploiting a power vacuum in the North African country where two rival governments have been battling for supremacy.

“In Libya, we are on the brink of getting a government of national unity,” Kerry told the Rome conference. “That country has resources. The last thing in the world you want is a false caliphate with access to billions of dollars of oil revenue.”

Under a U.N.-backed plan for a political transition, Libya’s two warring administrations are expected to form a unity government, but a month after the deal was agreed in Morocco, its implementation has been dogged by in-fighting.

The United States is leading two different coalitions carrying out air strikes in Iraq and Syria that have targeted Islamic State.

Western nations are also considering hitting the terrorists in Libya, a gateway for tens of thousands of migrants hoping to reach Europe. However, they want a green light from the planned unity government before acting.

“We are still not at the victory that we want to achieve, and will achieve, in either Syria or Iraq and we have seen Daesh playing a game of metastasizing out to other countries, particularly Libya,” Kerry said, using a pejorative Arabic term for Islamic State.

However, he said the anti-IS group had made marked progress since it last met in June 2015. “At the time of our last ministerial meeting, Ramadi had just fallen and there was a pretty dark and dangerous narrative that was emerging,” he said.

He said that Iraqi forces had since retaken the city and Islamic State had since lost about 40 percent of its territory in Iraq and 20 percent in Syria.

The one-day Rome meeting takes place as talks have begun in Geneva to try to end the five-year-old Syrian civil war, which has killed at least 250,000 people, driven more than 10 million from their homes and drawn in the United States and Russia on opposite sides.

While Washington has long said Syrian President Bashar al-Assad has lost the legitimacy to lead, it has made clear that its first priority is to try to rein in Islamic State terrorist group.

Tuesday’s meeting will cover stabilizing areas such as the Iraqi city of Tikrit, which has been wrested from the group, as well as broader efforts to undercut its finances, stem the flow of foreign terrorists and counter its messaging, officials said.