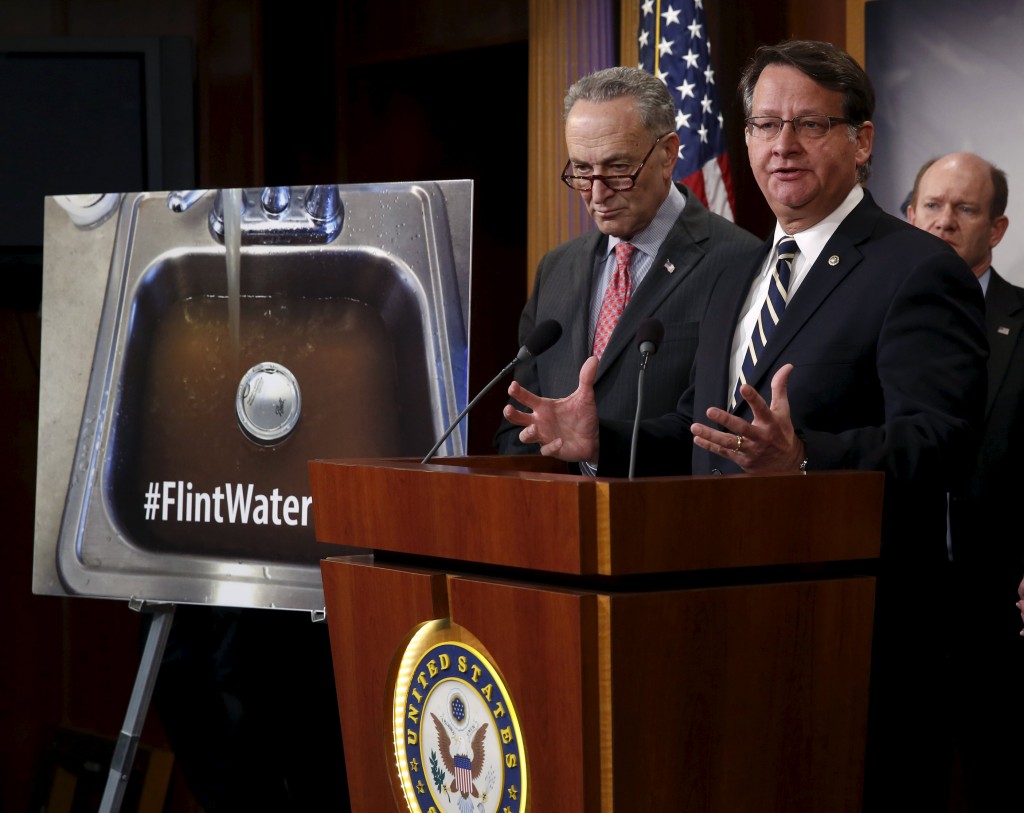 The FBI is joining a U.S. criminal investigation into Flint, Michigan’s water contamination crisis, a spokeswoman for the U.S. Attorney’s Office in Detroit said on Tuesday.

Gina Balaya, a spokeswoman for the U.S. Attorney’s Office in Detroit, said in an email that federal prosecutors in Michigan are “working with a multi-agency investigation team on the Flint water contamination matter, including the FBI, the U.S. Postal Inspection Service, the EPA’s Office of Inspector General … and the EPA’s Criminal Investigation Division.”

The city was under the control of a state-appointed emergency manager when it switched its source of tap water from Detroit’s system to the Flint River in April 2014. The more corrosive water from the river leached more lead from the city pipes than Detroit water did.

The U.S. House Oversight and Government Reform Committee will hold a hearing on the Flint crisis on Wednesday and has invited the Environmental Protection Agency’s acting deputy assistant administrator in its Office of Water to testify, along with an EPA researcher who raised concerns early on, about lead in the water.

Also testifying is Keith Creagh, the new Director of the Michigan Department of Environmental Quality. The previous director resigned in December in the wake of a critical report about the water.

Also slated to testify is Darnell Early, the former Flint emergency manager. The Detroit Free Press reported that he may decline to do so.

In January the EPA said that Susan Hedman, the head of its Midwest region, was resigning, effective Feb. 1, over the water contamination crisis in Flint. Hedman had previously played down a memo by an EPA employee regarding tests that showed high levels of lead in the city’s water, telling Flint and Michigan administrators it was only a draft report.

Dave Murray, a spokesman for Michigan Governor Rick Snyder, said the office “will cooperate fully with any authorities looking at what happened in Flint with the water. It’s important to look at missteps at all three levels of government – local, state and federal – so such a crisis doesn’t occur again.”

Snyder has repeatedly apologized for the state’s poor handling of the matter.