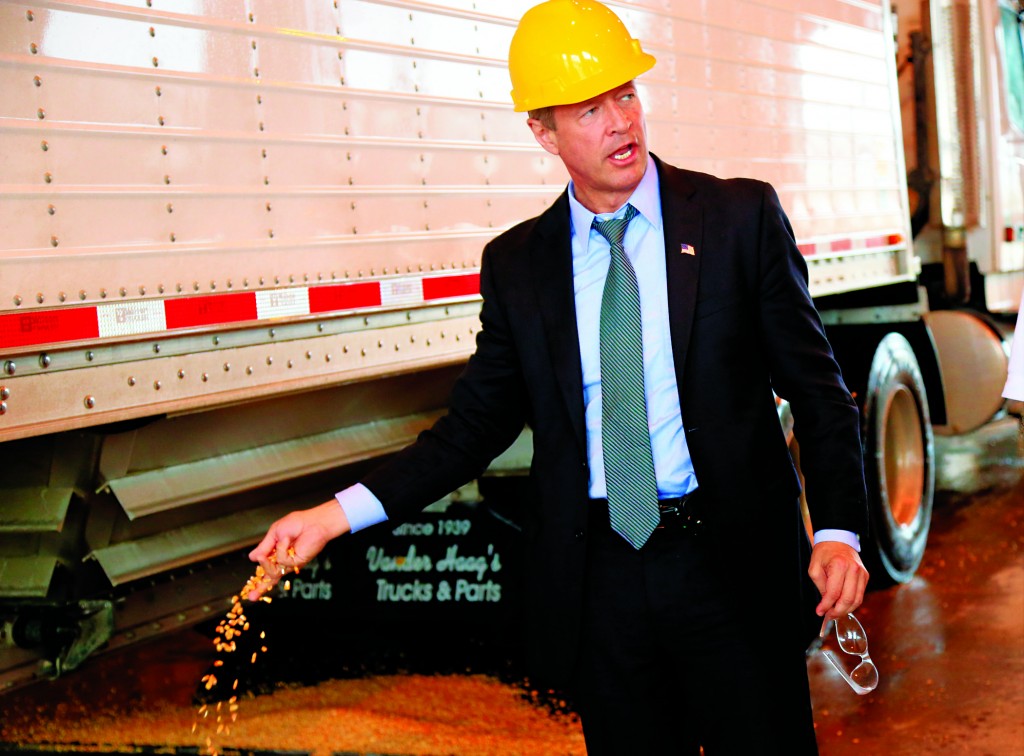 Sen. Ted Cruz’s victory in the Iowa Republican caucuses emboldens critics of federal biofuel mandates just as the U.S. Senate is poised to consider a measure that would gut the decade-old program.

The Senate could vote on proposals to spike the program’s ethanol mandate or sunset the entire renewable fuel standard in 2022 as part of a broad energy bill now being debated in the chamber.

Refiners, restaurant owners and other critics of federal biofuel mandates seized on Cruz’s caucus win Monday in the face of fierce opposition from ethanol backers, including Iowa Gov. Terry Branstad. The pro-ethanol group America’s Renewable Future ran ads against Cruz and trailed him in buses during campaign stops in the state.

“The verdict from the cornfields of Iowa last night was that the RFS is no longer a third rail that GOP leadership should be afraid to touch,” said Stephen Brown, vice president of federal government affairs for refiner Tesoro Corp., in an email. “They can man-up and do something constructive here to confront this fatally flawed program. They key is finding the right approach to help set that stage.”

Cruz, while professing his support for growing the biofuels market, called for an end to subsidies for all forms of energy and said he wanted to see the renewable fuel standard phased out.

“A clear message coming out of Iowa is that whatever political influence ethanol used to have in the state, those days are now over,” George David Banks, executive vice President of the American Council for Capital Formation, said in a statement. “Very few Iowans are going to their caucus in support of continuing to prop up our failed federal corn-ethanol mandate regime, and that’s not something likely to escape the notice of politicians and policy makers in Washington.”

Ethanol backers pushed back against the idea the caucus results were a setback. “The narrative coming out after last night’s Iowa caucus that the domestic ethanol industry is somehow on the ropes is false,” Bob Dinneen, president of the Renewable Fuels Association trade group, said in an email.

“Cruz’s victory disrupts the narrative that you have to sing ethanol’s praise in order to win Iowa, but I wouldn’t expect any immediate shift in biofuel policy as a result,” Barnett said in an email.

For one thing, Cruz’s win was far from a landslide; renewable fuel standard supporters Donald Trump and Marco Rubio captured a greater combined share of the caucus vote. And, in an election year, it’s hard to advance any major policy changes in Congress, particularly those that have staunch, influential defenders on Capitol Hill.

The renewable fuel standard requires steadily escalating volumes of biofuels to be blended into the country’s gasoline and diesel supplies. Designed to shrink the nation’s dependence on foreign crude and curb greenhouse-gas emissions, the law pits oil companies and refiners such as Exxon Mobil Corp., Valero Energy Corp. and Tesoro Corp. against farmers in the corn-rich Midwest who are fighting to preserve the mandates.

Since 2005, when Congress passed the RFS, ethanol’s share of gasoline consumption has jumped to 10 percent from about 3 percent, data from the Energy Information Administration show. Production of the fuel increased to a record 14.9 billion gallons in 2015 from 3.9 billion gallons in 2005, government data show.