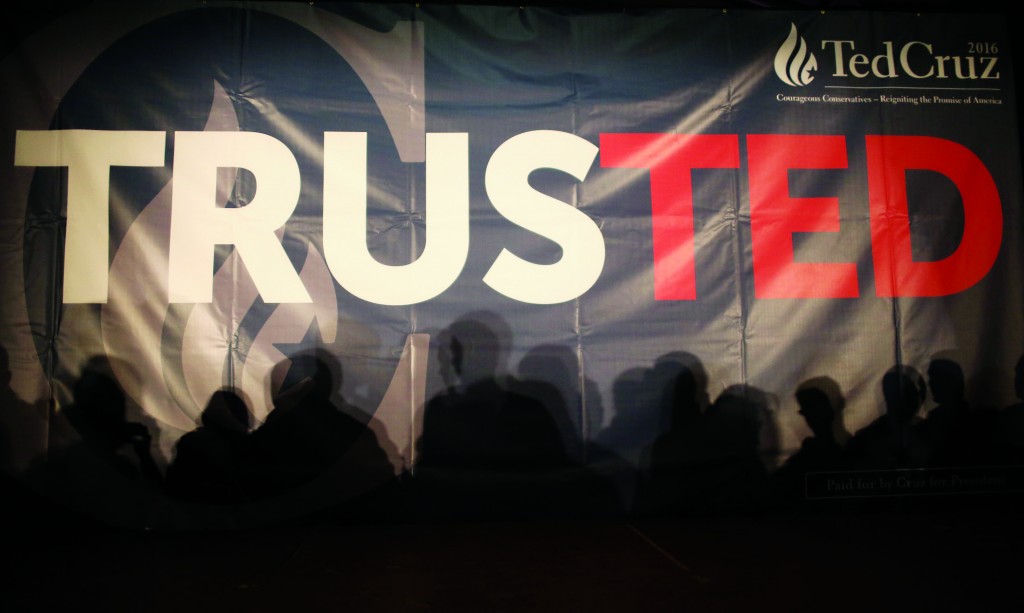 The dramatic results of Monday’s Iowa caucuses thrust the presidential contest forward to a state that promises a wildly different eight-day battle for its contrarian but deeply political voters.

Among Republicans, the race shifts onto ground dominated by more secular New Englanders after weeks of appeals to Iowa’s evangelical voters. A New Hampshire race that days ago appeared destined to define which of a quartet of establishment Republicans would rise to challenge Donald Trump will offer instead a battle between two young senators, Iowa winner Ted Cruz and third-place finisher Marco Rubio, for that mantle.

On the Democratic side, Hillary Clinton only barely escaped a second straight embarrassment at the hands of an upstart movement candidate by effectively tying with Vermont Sen. Bernie Sanders. Now she must fight him on his home turf of New England.

That is dangerous territory for Clinton politically, raising the specter that she will emerge from the first two contests with no clear victory. But Clinton will also reinhabit the underdog role that she used to great effect in her come-from-behind primary win here over Barack Obama in 2008.

Both Trump and Sanders open the eight-day fight for New Hampshire with leads of at least 20 points over challengers in recent state polls. But in Trump’s case, his idiosyncratic campaign failed to live up to his Iowa poll numbers. His failure to get many of his supporters to actually cast ballots for him gives his opponents in New Hampshire an opening.

A poll released Sunday had Cruz and Rubio tied in low double digits here — but that was before the whoosh of momentum that each hopes will accompany him northeast.

Cruz’s surprise victory, Trump’s shortfall and Rubio’s notable finish — and the tight Democratic race — would be drama enough leading into New Hampshire, but the state’s history seems destined to add more before the Feb. 9 primary. New Hampshire often gives the back of the hand to Iowa’s winners, and the race is often decided by the state’s undeclared voters, the designation here for those not choosing either party.

More than four in 10 voters in the state are undeclared and can decide up to election day in which of the party primaries they will vote. That will give a boggling breadth to the get-out-the-vote efforts in New Hampshire by all of the campaigns.

The outlines of the freshly minted GOP race were apparent as Cruz and Rubio congratulated their supporters Monday night in Des Moines. Cruz delivered an aggressive rejoinder to those who deemed him unelectable because of the antagonism he inspires from establishment Washington.

Rubio forwarded the immigrant story of his parents, calling it “America’s story,” and pledged, as Cruz decidedly did not, to serve as a unifier.

Cruz, with his win, heads to New Hampshire as the candidate laying the biggest claim to the party’s religious wing. But evangelical voters make up half of Iowa voters, and only about one in five in New Hampshire. (His first scheduled visit here is to a church.) Rubio, whose third-place finish was just as surprising, will now gain far more attention than the competitive establishment candidates.

In New Hampshire, Rubio’s placement was bad news for former Florida Gov. Jeb Bush, Ohio Gov. John Kasich and New Jersey Gov. Chris Christie, all of whom had roughly the same level of support as Rubio before Iowa.

Yet Rubio’s attempt to consolidate the GOP establishment vote, which is substantial in New Hampshire, will be complicated by the blizzard of negative ads aimed at him here over recent weeks. All of the quartet have been firing at one another; Rubio has been cast as “not ready to be president” in ads by Bush allies that raised Rubio’s past financial dealings.

But the same feuding is likely to prevent any of the other candidates from leapfrogging over Rubio as well.

“I think Rubio will get what he needed out of Iowa, which is to come into New Hampshire as one of the stories,” said Dante Scala, associate professor of political science at the University of New Hampshire.

“Cruz’s win in Iowa is obviously important for him going forward, but I don’t think it will do a lot for him in New Hampshire except to win over very conservative voters. But there just aren’t that many of them.”

Trump, he noted, will come back to New Hampshire “for the first time having lost,” which pierces his claim of inevitability: “He’s certainly got a large lead, but I think he’s got to be looking over his shoulder.”

Clinton and Sanders both accented in their Monday night speeches the positioning that brought them to an achingly close finish in Iowa. In a pitch to any wobbling Sanders voters in future states, Clinton emphasized her long-standing liberal leanings, even if in this race she has appeared closer to the middle of the road given Sanders’ views.

“I am a progressive who gets things done for people,” said Clinton, who expressed her relief at the results but did not claim victory. “I am honored to stand in the long line of American reformers who make up our minds that the status quo is not good enough, that standing still is not an option.”

Sanders was unrelenting in pressing his campaign message of revolution. He noted the huge outpouring of donations he has received, with the average only $27.

Without a clear win in Iowa, and running far behind Sanders in New Hampshire, Clinton has been denied the running room that an early victory would have offered. The results Monday suggested that without a reversal on the ground in the next week in New Hampshire, the Democratic race is destined to be a far longer one than Clinton’s team once surmised.

She retains more power the longer the race goes on, however, barring an utter collapse. After the overwhelmingly white first two states, the campaign will move into Nevada and South Carolina, where Clinton’s strong support among Latinos and African Americans has given her a big advantage. Those groups are also key in other states later in the spring.

Even after his strong showing in Iowa, and the expectations for New Hampshire, Sanders’ challenge remains what it has always been: to expand his movement campaign beyond the young and financially extended voters who have formed his base.

“Bernie Sanders has two kinds of states that he needs to win: caucus states where passion matters most, and New England states, the most liberal region in the country,” said Charlie Cook, a nonpartisan political analyst.

But that will be determined later. For now the candidates will converge on New Hampshire, both sides fighting it out and all of the candidates, the victors and the vanquished, expressing the optimism attendant to their profession.