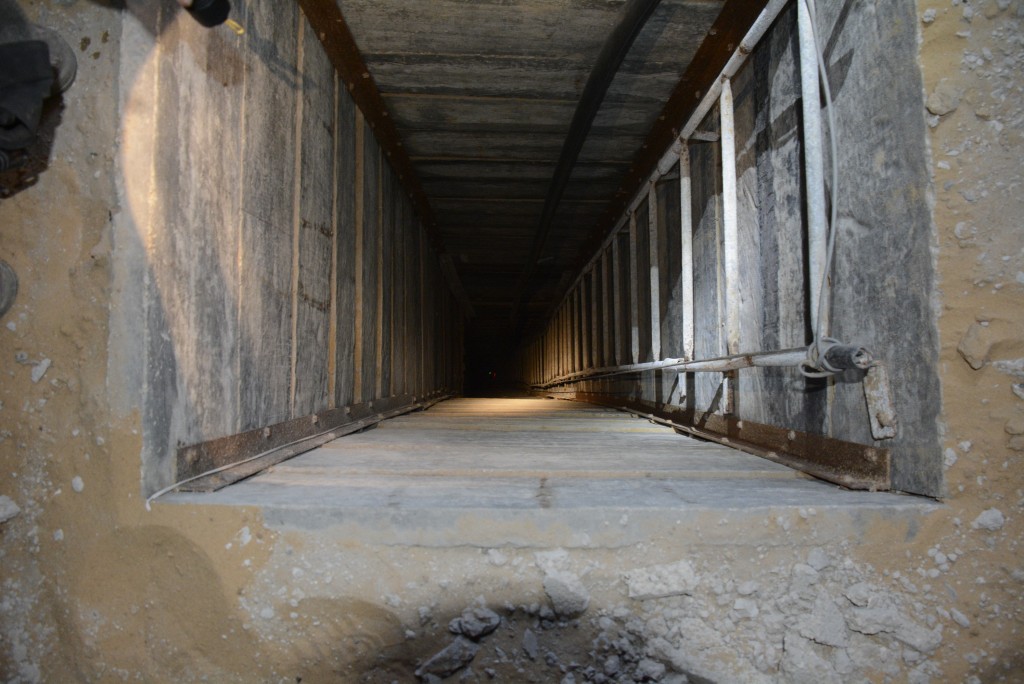 In its ongoing efforts to enhance the security of Israelis, the IDF has begun examining complaints and reports of underground activity in the Gaza border area, in order to determine if Gaza terrorists are indeed building tunnels into Israel, as many who live there believe, said Defense Minister Moshe Yaalon in an interview Monday. His conclusions: “So far there have been no tunnels discovered under any houses,” he told Israel Radio. “I am positive we will come out victorious in this wave of terror,” he added.

For months, rumors have circulated that Hamas has taken up its tunnel-building activities again, after halting in the wake of Operation Protective Edge last year. A number of tunnels dug from Gaza into Israel were used by the terror group during the war to carry out attacks, such as the one that killed IDF soldier Hadar Goldin, Hy”d, during the war, when he descended into a tunnel to blow it up.

Over the weekend, Channel One broadcast a news report that quoted dozens of residents of the towns and farms living along the border area, who claim to have heard sounds of construction under their homes – drilling, hammering and other similar sounds, as well as voices speaking Arabic. Several residents recorded the sounds, and they were played back for the hundreds of thousands of people who tuned in for the program.

As a result, IDF units began a thorough examination of the area where the noises were heard. So far, Yaalon said, no tunnels have been discovered. Residents have complained of hearing sounds throughout the night. “It’s ridiculous that someone would be doing construction this time of night,” said one person in the Channel One broadcast. “These sounds are continuous, day and night.”

Although security officials quoted in the broadcast said they did not believe Hamas had succeeded in digging tunnels into Israeli territory, they did say that they expected Hamas to try and do so, to at least match the tunnel capacity it had before Operation Cast Lead, and possibly to exceed it.

Speaking Sunday night, Prime Minister Binyamin Netanyahu touched on the tunnel issue as well. “We are working systematically and level-headedly against all threats, including the threat from Hamas, with both defensive and offensive measures,” Netanyahu told a gathering of Israeli ambassadors. “Of course, if we are attacked from tunnels from the Gaza Strip, we will take very strong action against Hamas, much stronger than we took in Operation Protective Edge.”