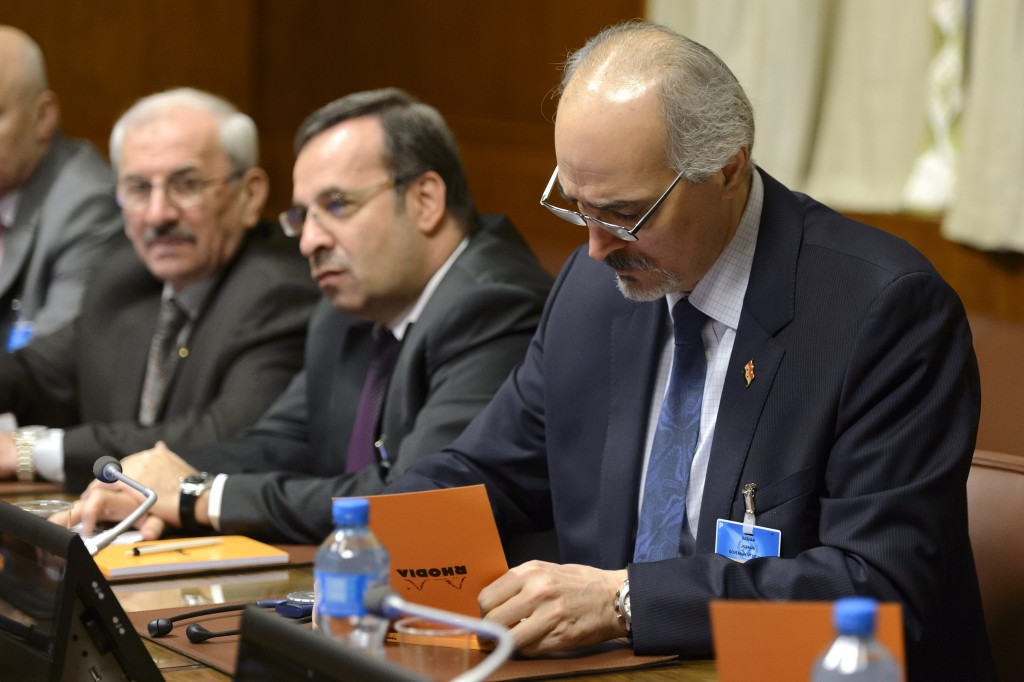 A delegation from Syria’s main opposition group arrived in Geneva on Saturday to join U.N.-mediated peace talks, demanding President Bashar al-Assad’s government be made to comply with a U.N. resolution on humanitarian aid and human rights.

“We are keen to make this negotiation a success,” opposition spokesman Salim al-Muslat told reporters as the delegation arrived from Riyadh, ending weeks of uncertainty about whether they would come and if the talks would happen.

The 17-strong team from the Saudi-backed Higher Negotiation Committee (HNC), including political and militant opponents of Assad in the country’s 5-year-old civil war, is expected to have a first meeting with U.N. mediator Staffan de Mistura on Sunday, setting up the first peace talks in two years.

That was not a precondition for talks, he said, but it was the duty of the Security Council members who agreed on the resolution last month, including Syria’s chief ally Russia, which is supporting Assad’s forces with a bombing campaign.

“We want to show the world our seriousness in moving towards negotiations to find a political solution,” he told Reuters.

Opposition coordinator Riad Hijab, who was not among the first HNC group to arrive, said in a statement posted online that there would have to be humanitarian improvements to justify the delegation’s continued presence in Geneva.

The United Nations earlier said the aim would be six months of talks, first seeking a cease-fire, and later working toward a political settlement to a war that has killed more than 250,000 people, driven more than 10 million from their homes and drawn in global powers.

German Foreign Minister Frank-Walter Steinmeier told the German newspaper Welt am Sonntag: “Only at the negotiating table will it become clear if both sides are prepared to make painful compromises so that the killing stops and Syrians have a chance of a better future in their own country.”

The HNC’s demands include allowing aid convoys into rebel-held besieged areas where tens of thousands are living in dire conditions.

The medical charity Medecins Sans Frontieres (MSF) said on Saturday that 16 people had starved to death in the government-besieged town of Madaya since aid convoys arrived this month and accused the authorities of blocking medical shipments.

“It is totally unacceptable that people continue to die from starvation, and that critical medical cases remain in the town when they should have been evacuated weeks ago,” said Brice de le Vingne, MSF’s director of operations, in a statement.

Agha said the opposition delegation, including HNC head Hijab and chief negotiator Asaad al-Zoubi, would not call for a complete cessation of hostilities but would demand an end to “the indiscriminate shelling of markets, hospitals and schools by the regime and its Russian backers.”

Separately, the heavy Russian bombing campaign continued unabated in northern Syria on Saturday, with the Syrian Observatory for Human Rights saying the areas hit included rebel-held villages and towns in the Aleppo countryside near the border with Turkey.

Russian air strikes were also reported by the group in Hama province and in the eastern province of Deir al Zor, where scores of people were killed in the aerial attacks on Islamic State-controlled towns in the territory that also borders Iraq, according to residents.

At least 40 people, including women and children, were injured when the army shelled a camp where over 3,000 displaced people had taken shelter, according to a rebel spokesperson from the First Coastal Division brigade who spoke from the area along the Turkish border in northwestern Latakia.

Heavy clashes also continued in the Latakia countryside where the Syrian army, backed by intensive Russian carpet bombing in the rugged mountainous area, allowed the government to regain most of the countryside close to the coastal heartland of Assad’s Alawite sect.

In separate comments before heading to Geneva, Zoubi said U.S. Secretary of State John Kerry gave assurances by phone to the HNC’s leadership, saying Washington supported a U.N.-backed political transition period without Assad, a bone of contention among warring parties.

The HNC also has been under pressure from mainstream armed groups represented within it not to give in to Western pressure, with some rebel groups already threatening to pull out of the body.