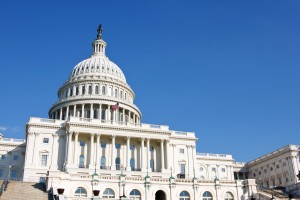 Twenty years ago, it was enacted as a classically obscure legislative rider, an opaquely worded few paragraphs, crafted by both parties, which each side agreed to keep quiet before its insertion into sprawling must-pass legislation focused on a wholly different issue.

Fifteen years ago, when the provision was first put to use, some lawmakers decried the unleashing of an “atom bomb” that would topple the balance of powers and neutralize the authority of federal regulators.

Now, though, it’s widely understood to have proven a legislative damp squib. And that reputation was reinforced on the final Senate roll call a couple of weeks ago, which brought an anticlimactic end to a fight Republicans have been pursuing for a year against the Obama administration’s efforts to subject more small waterways to environmental regulation.

The vote was the last parliamentary move the GOP had at its disposal under the clunky procedures of that 1996 measure, grandly dubbed the Congressional Review Act, which in theory gives the legislative branch the power (if it acts quickly) to rip from the Federal Register new rules written by the executive branch.

After two decades on the books, the score from the dozen publicized and sustained showdowns waged using that law is: Presidents 11, Congress 1.

The only time the lawmakers prevailed was the first time the process was tested, in the winter of 2001. Republicans newly in control of the Capitol, in something of a surprise attack, passed legislation to repeal regulations on repetitive motion injuries and other workplace ergonomics issues that had been made final in the closing days of the Clinton administration. And the new GOP president, George W. Bush, was happy to sign a measure that got the last word on his Democratic predecessor, overjoyed his friends in the business community and infuriated organized labor.

“It’s only the beginning!” crowed the House majority whip, Texan Tom DeLay, predicting the GOP would swiftly apply its unheralded Contract With America win to undo a range of rules set at the end of the Clinton era. Many Democrats used the nuclear weapon analogy to reflect their anxiety about the law’s lasting legacy of damage: It prohibits regulators from coming up with replacement rules that are “substantially the same” as what Congress has undone. (This frustration was despite the fact that a main player in getting the language inserted into a bill raising the debt limit was Sen. Harry Reid of Nevada, then just starting up the rungs of the Democratic leadership ladder.)

Neither dramatic prediction has come true, in part because the Washington power structure and timing of the controversial rulemaking have never again been so advantageous: A regulation imposed by a president of one party at the end of his term is left vulnerable to dismantling in the early days of unified government under the opposite party.

That scenario looms in a year, of course. If the GOP wins the White House while holding the Senate as well as the House, then any regulations finalized during or after the lame duck session would remain vulnerable into the spring of 2017. In this case, the law gives a new Congress 75 legislative days to make its move.

Absent that scenario, however, President Barack Obama’s regulatory legacy is safe from further efforts on the Hill at outright and lasting nullification. (De facto congressional deregulation through the denial of appropriations, albeit just one year at a time, is a different matter. And there’s no stopping the steady flow of litigation hoping to negate many rulemaking decisions.)

Republicans have used the law to go after a range of Obama’s labor, health care and environmental regulations, and four of their crusades during the past year have pushed legislation as far as the desktop in the Oval Office — where they’ve accounted for almost half the vetoes of this presidency.

Given that the GOP is currently 13 members short of veto-proof majority in the Senate and 44 short in the House, there was never any doubt that Obama would prevail. Last May, Republicans abandoned their effort to repeal a National Relations Labor Board rule designed to speed the timetable for holding union organizing elections, joining a 96-3 vote against even debating a veto override.

And there are no known plans for symbolic votes to countermand Obama’s December rejections of twinned bills cleared last fall. One would have repealed his EPA rules for curbing greenhouse gas emissions from new coal-fired power plants, the other would have thwarted his regulations of existing energy generators.

(The chamber where a vetoed bill originated gets the first shot at mustering the two-thirds vote required to repass the measure, and all the anti-Obama-regulation efforts started in the Senate. There’s no constitutional mandate Congress consider an override, but that has been the practice with few exceptions in recent decades.)

But Republicans decided to stick with tradition a couple of weeks ago. At issue was what’s come to be known, from farm country to sprawling suburbia, as the WOTUS rule — for “waters of the United States.” Regulations issued by the EPA and the Army Corps of Engineers would put perhaps 3 percent more of the nation’s streams and wetlands under federal jurisdiction, meaning permit requirements for potential polluters — a farmer wanting to dam a brook to create a livestock pond, for example, or a developer planning to build houses in a marshland.

Bigger rivers and lakes are already covered by the Clean Water Act, but a series of Supreme Court rulings have created uncertainty about how far upstream that law reaches. The rules are supposed to give clarity. Conservatives see them as usurping the rights of states and private property owners.

The original House and Senate votes to repeal WOTUS were closely along party lines, meaning not close to sufficient for an override. And even deliberating the veto in the Senate effectively requires 60 votes. The Republicans mustered just 52, with 49 of their own joined by three red-state Democrats. Underscoring the Quixotic nature of the moment, the senators missing included both leading GOP presidential candidates, Texan Ted Cruz and Floridian Marco Rubio.