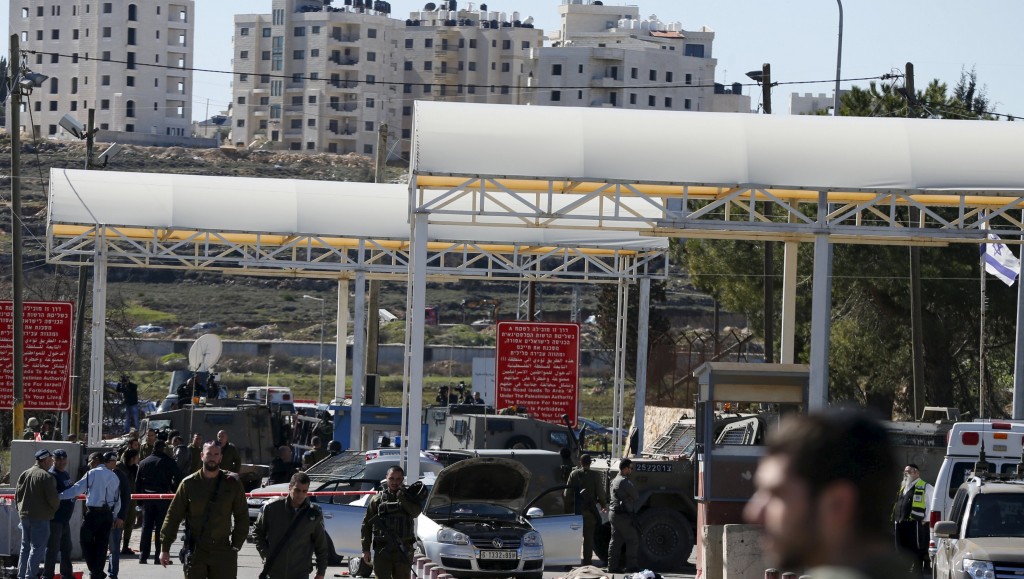 The terrorist who attacked IDF soldiers at the Focus checkpoint outside Beit El Sunday morning was a senior officer in the Palestinian police force. The terrorist was named as Amjad al-Sukari from the village of Jama’in. He was the personal bodyguard of the Palestinian Authority’s top district attorney, Israel Radio reported.

Three IDF soldiers were injured in the terror shooting attack. One of the soldiers was in serious condition, according to Magen David Adom rescue workers. The other two sustained moderate to light injuries. IDF soldiers at the site opened fire and eliminated the terrorist, witnesses told Israel Radio. The victims were treated at the site and taken to Shaare Zedek Hospital in Yerushalayim.

The Focus checkpoint is close to the Kalandia checkpoint, but is used by PA “VIPs” to travel back and forth to Yerushalayim. Last month, another top PA security officer, a relative of top PA negotiator Sa’eb Erekat, carried out a terror attack at the Hizme checkpoint near Shechem.

In a social media post Sunday morning, the terrorist wrote that Sunday was “a day of victory. Each day we hear news about death. Today it is my turn. This is a fine country to live in, but as long as the occupation is ongoing I see no reason to continue living.”