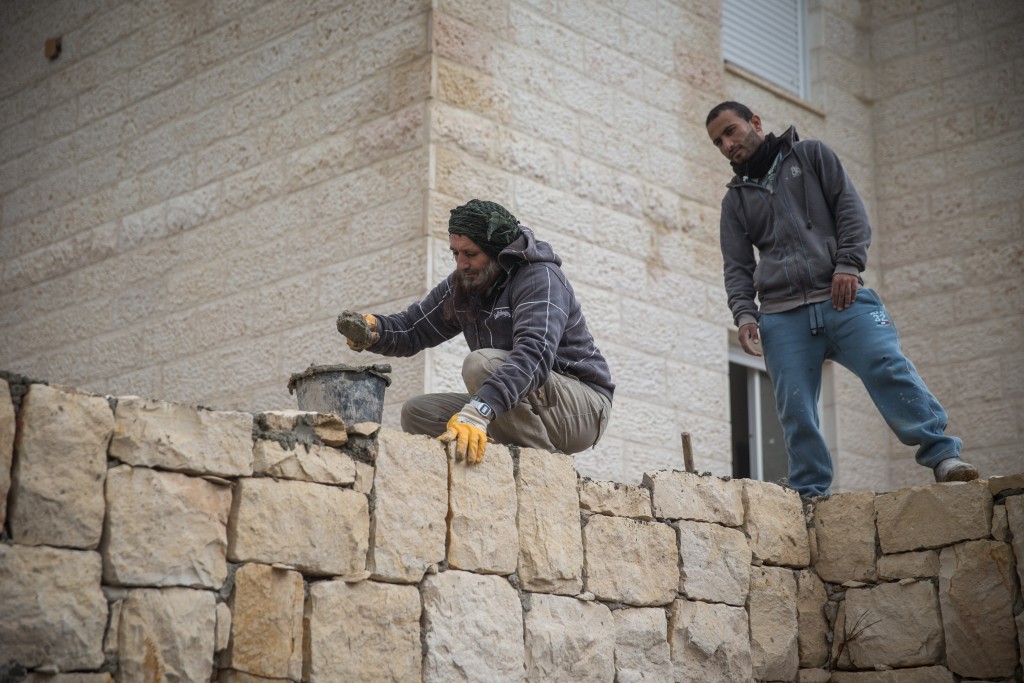 While Finance Minister Moshe Kahlon is “welcoming” tens of thousands of Palestinian construction workers in the coming months, Bank of Israel Gov. Karnit Flug is blaming them and other foreign workers for low productivity in the industry, The Jerusalem Post reported.

Speaking to the Jerusalem Press Club, Flug asserted that bringing in workers from outside the country provides cheap labor, and allows the companies to avoid investing in

higher-tech means of building. By contrast, Israeli industries that were exposed to foreign competition were at least as advanced as other economies. In hi-tech, medical equipment, optical and medical devices, Israel succeeded, she said.

“At the lowest point we see construction,” Flug said, noting that the sector was “very dependent on non-advanced technological ways of production.” Hiring foreign workers allow “the contractors to continue using ancient methods,” she said.

About a quarter of Israel’s 235,100 construction workers are foreigners, and while most are Palestinian, the government has approved measures to bring more from elsewhere, particularly China. However, technical obstacles have impeded their arrival, and the Palestinians are here to fill the gap.