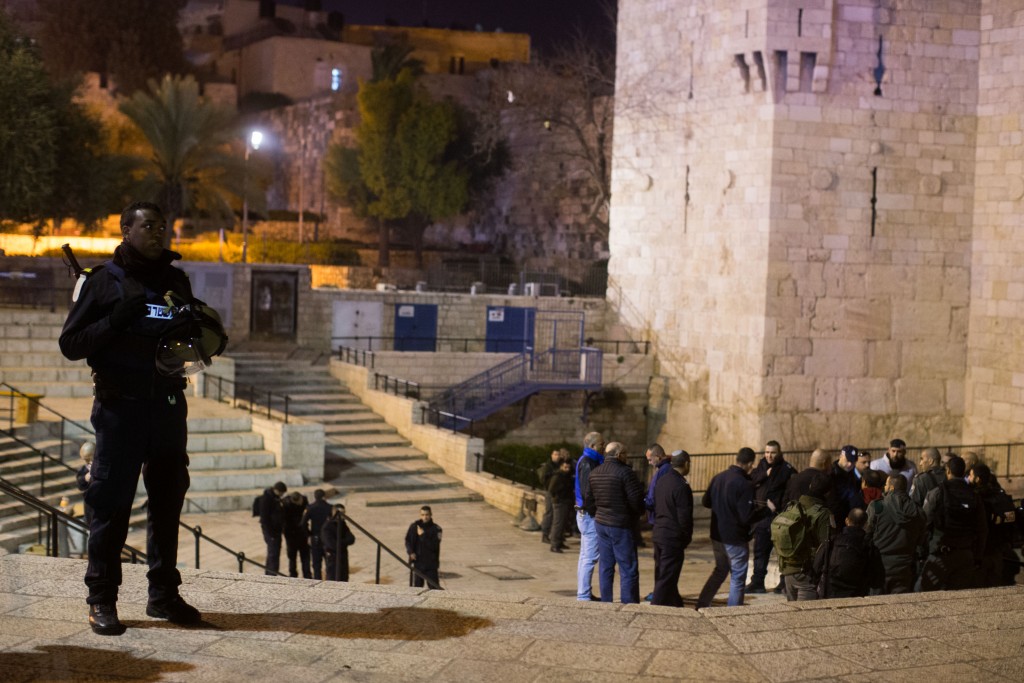 Shortly after Shabbos, terrorists stabbed and injured a 17-year-old Israeli outside the Damascus Gate in the Old City of Yerushalayim. The victim suffered light injuries and was treated by rescue personnel before being taken for treatment at Hadassah Har Hatzofim Hospital, police said in a statement.

The injured teenager is from Brooklyn, NY, and was returning with a friend from davening at the Kosel.

The terrorists escaped into one of the Arab neighborhoods near the Old City. Police began a search for them, and they were found after about an hour. The two are 15-year-old residents of East Yerushalayim.

An initial police assessment said that the victim was one of two Jewish youths who had been returning from the Kosel via the Damascus Gate. They were confronted and attacked by two Arab minors. The terrorists managed to stab one of the two Jews in the back; the second escaped into the Old City and ran to the police station adjacent to the Damascus Gate to call for help.