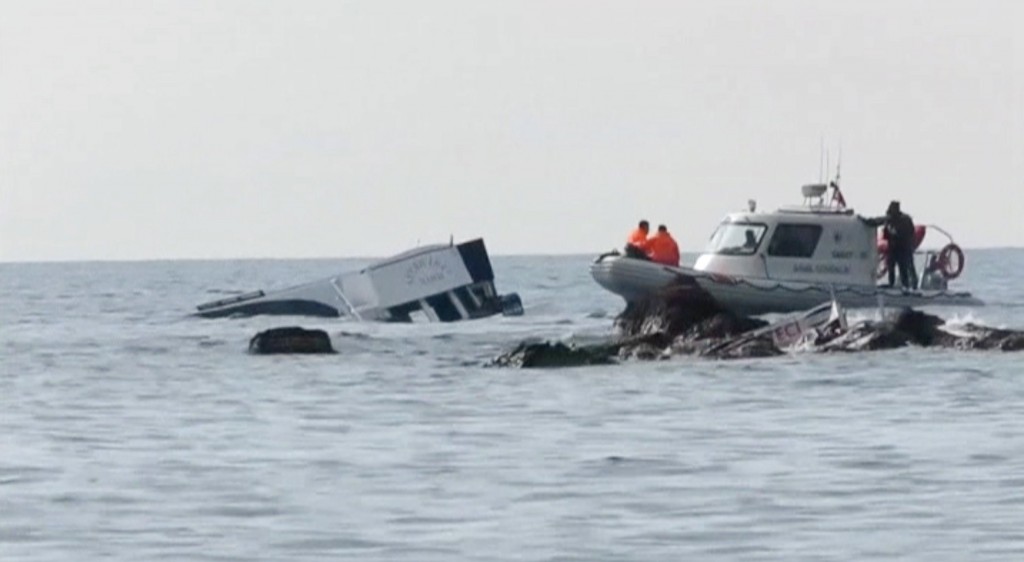 Almost 40 people drowned and 75 were rescued after a boat carrying migrants to Greece sank off Turkey’s western coast on Saturday, according to local officials and the Turkish Dogan news agency.

More than one million refugees and migrants arrived in the European Union last year and some 3,600 died or went missing, forcing the EU to consider suspending its Schengen open-borders area for up to two years.

The Turkish coast guard was continuing search-and-rescue efforts where the 55-foot (17-meter) boat carrying at least 120 people sank off the coast of Ayvacik, a town across from the Greek island of Lesvos, the Dogan news agency reported.

“I am afraid the numbers will rise as divers continue the search,” Mehmet Unal Sahin, the mayor of Ayvacik, told the CNNTurk news channel by phone.

“Local people woke up to the sound of screaming migrants and we have been carrying out rescue work since dawn. We have an 80-kilometer-long coast just across from Lesvos, which is very hard to keep under control.”

At least five of those who died were children, Dogan reported, while rescued migrants were hospitalized with hypothermia symptoms. It said the migrants were of Syrian, Afghan and Myanmar origin.

Merkel told a meeting of members of her Christian Democratic Union party on Saturday that despite efforts to help refugees, it was important to stress that they had only been given permission for a limited stay.

“We need … to say to people that this is a temporary residential status and we expect that once there is peace in Syria again, once IS has been defeated in Iraq, that you go back to your home country.”

Around 500,000 refugees from the five-year-old war in Syria traveled through Turkey and then risked their lives at sea to reach Greek islands in 2015.

Under pressure from the European Commission about delays, Greece expects to have four of five “hot spot” centers for processing migrants operational in about two weeks, its migration minister said in a newspaper interview published on Saturday.

“We are behind schedule on the installation of these hot spots,” Greece’s Yiannis Mouzalas told Austrian newspaper Der Standard. “Four of the five will be operational from mid-February.”

Neighboring Turkey is hosting 2.5 million Syrian refugees. In November it struck a deal with the EU pledging to help stem the flow of migrants to Europe in return for 3 billion euros ($3.3 billion) in financial aid and renewed talks on joining the 28-nation bloc.