Business Xerox, With Icahn, To Split into Two in Push Toward Services
Business 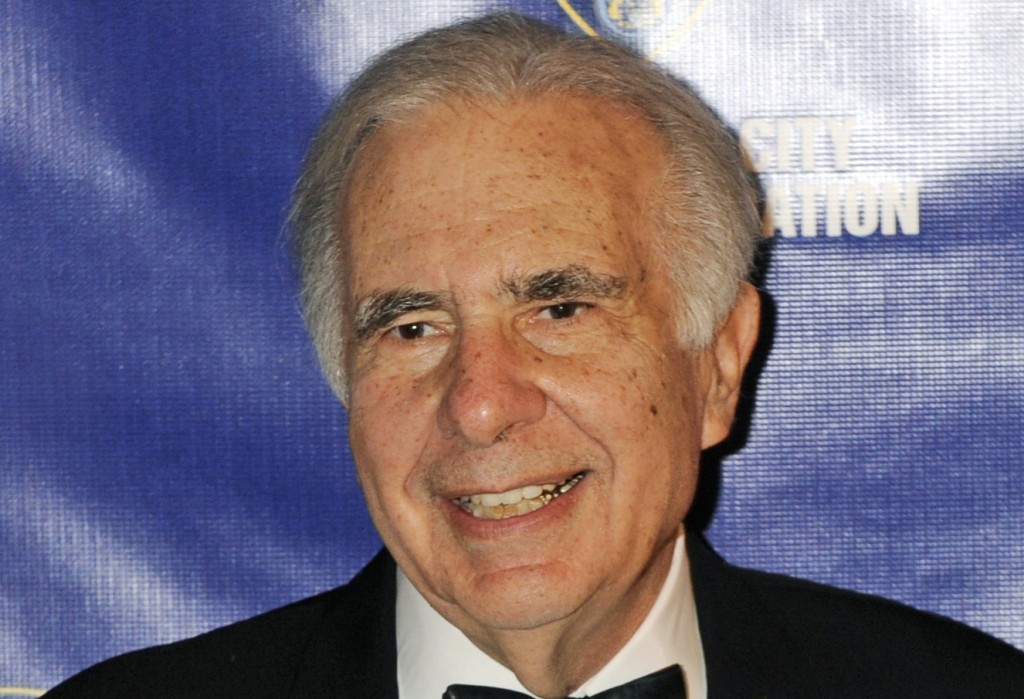 Xerox Corp. is splitting into two publicly traded companies – essentially breaking out the operations acquired with its largest-ever purchase five years ago, and investor Carl Icahnwill be given three board seats.

The division will create an $11 billion document technology company that includes the namesake copier and scanner hardware, and a $7 billion provider of services to government and industries such as health care and transportation, Xerox said Friday in a statement. Leadership and the names of the two companies will be determined in the future, according to the statement, and the move is expected to be completed by the end of this year.

Icahn, the billionaire investor who has been building a stake in Xerox since November and now holds more than 8 percent of the company, will select three directors on the service company’s board, according to separate statement. That business will also seek an external candidate to be chief executive officer.

The shares were up 3.7 percent to $9.59 at 9:37 a.m. in New York, after rising as much as 6.7 percent in pre-market trading. Norwalk, Connecticut-based Xerox fell 13 percent this year through Thursday.

“Short-term Xerox should get some boost,” Anurag Rana, an analyst with Bloomberg Intelligence, said. “The long-term value for these companies will be how it redefines its services in a cloud-first and mobile-first world. Xerox is not known to be at the forefront of those movements.”

Moody’s Investors Service said Xerox’s corporate debt ratings are on review for a possible downgrade, reflecting the view that the split will result in two smaller companies with less business diversity and profitability than the current combined business.

The board decided that the document and service operations had little overlap and require different capital structures and operating models, according to Xerox. Breaking the businesses up would simplify the decision-making process on what areas to focus on and invest in.

“Technology will be high cash return to shareholders,” CEO Ursula Burnssaid in an interview Friday with “Bloomberg Go.” Document technology will likely return 50 percent of free cash flow to shareholders, which is in line with what Xerox currently does, she said. “Services will be more about investing and globalizing the business.”

Burns emphasized that Xerox made the decision to split before talking with Icahn.

When the 79-year-old billionaire took a stake in Xerox in November, he said he intended to speak with executives and the board to improve operational performance and pursue strategic alternatives. Xerox was then already in the midst of a broad- based review of structural options for the company’s business portfolio and capital allocation.

Icahn “will have governance input into the services business and will not be engaged with the services business or the current Xerox business at all,” Burns said, adding that Icahn had no input in the strategic review. “We came out in a place that’s strong for the business, and it happened to align with what Mr. Icahn wanted as well,” she said.

Icahn rebranded himself as an activist investor and outspoken shareholder advocate after gaining fame as a corporate raider in the 1980s. In recent years, he has taken stakes in technology-related companies including Apple, EBay and Netflix, and agitated for changes such as share buybacks and spinoffs, which he argued would create shareholder value.

Icahn led a lengthy fight at EBay, agitating for the Internet marketplace to spin off payments unit PayPal Holdings, which it eventually agreed to do. In November, Icahn Associates Corp. disclosed it had sold the EBay stake and reported a 3.8 percent holding in PayPal. At Apple, Icahn was outspoken in demanding more cash be returned to shareholders, and the tech giant subsequently increased its dividends and stock buybacks.

Along with the split, Xerox is planning to cut costs over the next three years that will result in $2.4 billion in savings across the two companies, of which $700 million is expected for 2016.

Less than 1 percent to 2 percent of the workforce will be impacted by the split, Burns said. The overall employee number will shrink, though, in line with previous years, because “every year, it becomes possible to do more with less,” she said. “Every year Xerox has to drive automation, innovation and to drive productivity in its workforce.”

Xerox acquired Affiliated Computer Services in 2010 for $6.2 billion, to help the company build its technology services and supplement its declining hardware operations. The deal allowed Xerox to expand into markets including managing and automating electronic payments for governments, processing claims for insurers and even operating parking lot pay stations. Last year, Xerox sold its IT outsourcing business to Atos SE for $966 million. Burns said at the time the divestiture would allow the company to focus on building out the two other services.

The service operations from ACS “is not the sexy business people made it out to be 10 years ago,” Rana said. “Lately, there’s been pricing pressure,” as clients want to use more automation and cut costs.

ACS reported $6.5 billion in sales and $349.9 million in net income for the year ended June 30, 2009, the last full year before being acquired. At that time, about 40 percent of the company’s revenue came from providing the business process outsourcing and and IT services to government clients, which included servicing student loans for the U.S. federal government.

ACS was then also the only servicer for the portion of federal loans originated by the government, about one-fourth of the volume. After the Education Department switched to originating loans itself in July 2010 instead of using private lenders, competitors took away ACS’ dominant position, and the company no longer services new loans.

Lazard and Goldman Sachs advised Xerox on the split.