Politics The Secret History of the Presidential Debate Buzzer
Politics 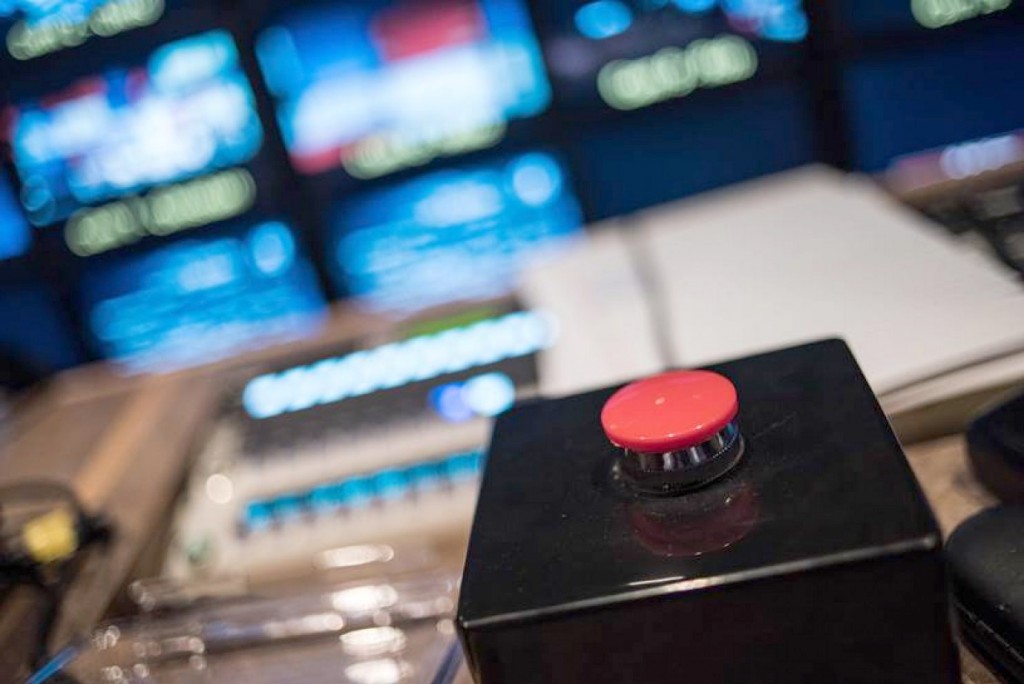 Consider the power of a bell. It can welcome a guest to a home or begin a day of school. It celebrates weddings, it tolls for the dead. On Wall Street a bell is the nonverbal equivalent of “aloha,” saying hello and goodbye to stockbrokers on the trading floor.

And the most potent bell of all?

“Let’s just say when it comes to choosing our next president,” said Bret Baier, the Fox News anchor and moderator of several debates, “this bell is going to be very important.”

The 2016 Republican primary season has been unusually heightened, both in the number of candidates and their decibel level. On Thursday, they will take the stage in Des Moines one last time before the voting finally begins, and moderators Baier, Megyn Kelly and Chris Wallace will be there to try to channel that chaos.

It’s a task too great for humans alone.

“This is our moderator’s moderator,” said Jay Wallace, Fox’s senior vice president of news, placing a big red button on his desk. “This is what makes the bell ding.”

His team has thought a lot about this bell, designed to stop candidates from going over their allotted answer time. They’ve spent years honing the sound. They’ve discussed it with candidates.

If it seems strange for Fox to care this much about such a small aspect of their debates, it shouldn’t. This election has moved firmly into the realm of entertainment. Production values and branding matter.

“Quiz shows have done that with their sounds, and I think it makes sense for a debate to do the same.”

He added delicately: “But a lot of quiz shows were obviously rigged. We haven’t gotten to that point with debates.” (If you say so.)

Fox has been experimenting with different sounds since the 2000 election. They’re not the only ones. After getting requests from the candidates last year for some kind of aural signal, CNN introduced what sounded like three strikes on a xylophone to call time. CNBC turned to a buzzer.

“If there was a loser on Tuesday night, it was the buzzer,” wrote the International Business Times in November, after candidates yammered over the noise and moderators seemed to lose control.

During the 2012 election cycle, Fox News just couldn’t get the right sound. The first iteration sounded too much like a doorbell, and angry dog owners wrote in saying their pets were going berserk. On another debate, they partnered with Google, which brought a chirpy electronic plunk, but the puny noise failed to shut anyone up. Near the end of the cycle, discouraged moderators announced they were going run that debate without any sound effects at all. (“We do reserve the right to bring back the bell if we have to,” Baier said at the time.)

For the first GOP debate this season, held in August at Cleveland’s Quicken Loans Arena, there was never any doubt they would need a bell to try to keep the peace.

“I was really pushing for the shot-clock buzzer,” Baier said. So what happened to Baier’s idea?

“We got to the arena, and it was kind of cavernous,” he said. “When they did the buzzer it was jarring. Somebody would have fallen off the stage.” That’s one way to winnow the field. Instead they settled on their current noise – a kind of rapid-fire double-ding, created on a MacBook to sound like something found on a concierge desk.

“Pleasant, no?” Baier asked the Cleveland audience after debuting the bell.

A lot is asked of this little double-ding, as it attempts to maintain order on a stage full of big, desperate personalities. Time is the greatest commodity during these debates, and it tends to move differently depending on where you stand under the klieg lights.

In the fifth debate, Ben Carson found himself both begging for more attention (“This is the first time I’ve spoken, and several people have had multiple questions”) and shooing the spotlight away. (“You have to ask [Marco Rubio and Rand Paul] about that. I don’t want to get in between them.”)

“We try to maintain equity,” Wallace said. During the debate he stands in a 600-square-foot truck parked behind the arena with producers keeping copious notes on how much time everyone gets. They watch a series of light cues go from green to blue to red, indicating when time is up.

Of course, if a candidate is pushing the clock but making good media, Wallace admits, he may wait a few seconds before pressing the button.

“The bell is subjective,” he said. “If it’s a really good moment, we’re not going to let a time limit get in the way of that.”

So it’s a free market. What Republican would complain about that? If the people want to hear more from a front-runner, who would dare challenge the will of the invisible second hand?

A candidate who’s playing from behind, of course.

“I know I’m out of time,” Rick Santorum said in the last “undercard” debate. “I’m going to take some of Rand Paul’s time here for a second.” Meanwhile, John Kasich talked over the bell and interrupted more times than anyone else in the fourth debate.

Obviously, not everyone loves the bell. Sure, it may help keep the peace, but is it also turning this serious process of picking a leader into a show, just another way of amusing ourselves to death?

“I’m happy to say we don’t use lights or buzzers,” said Janet Brown, executive director of the nonprofit Commission on Presidential Debates, which organizes debates for the general election. By the time we get past the primaries, there really is no need for a bell, anyway. There will be will be fewer flailing candidates fighting for a moment, no network trying to brand the occasion with a Pavlovian sound that reminds you of their great programming.

Getting there is still a long way off. And depending on where you stand, Thursday night’s debate is either the opening or closing bell.