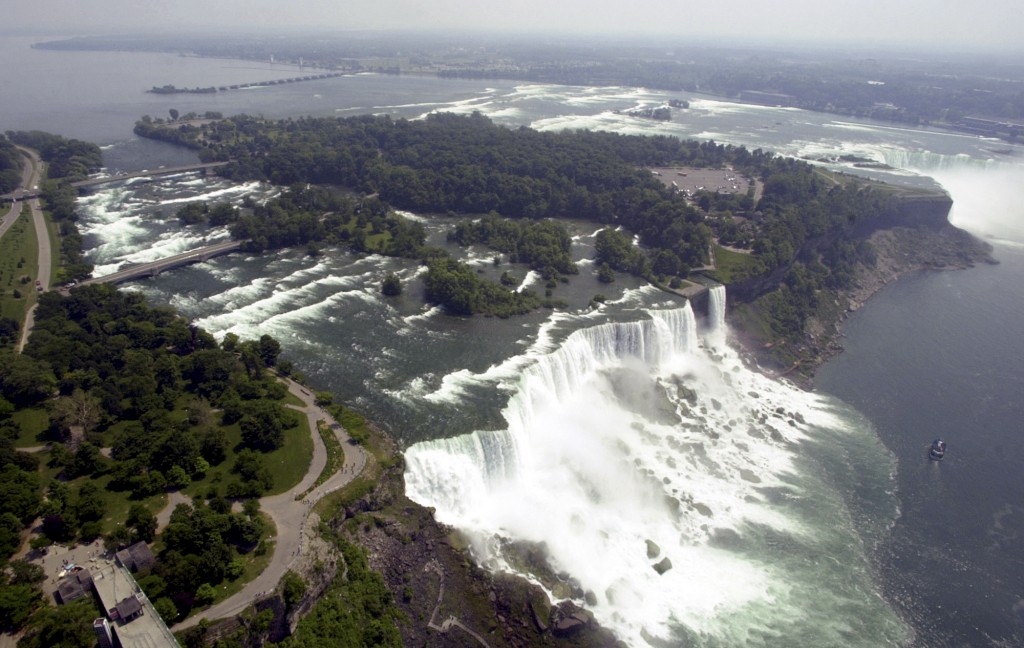 The public has had a look at the design alternatives for the bridge replacement project, which will require shutting off the water flowing over the U.S. side of Niagara Falls.

A public meeting was held Wednesday evening in the city of Niagara Falls, NY, so state officials could discuss their plans to replace two 115-year-old bridges linking the mainland to two islands on the American side of the Niagara River.

Officials say the project will require building a dam that will divert the river’s flow to Canada’s Horseshoe Falls, essentially shutting off the American Falls.

State parks officials said before the meeting that the project won’t start before 2019.

Three designs for the replacement bridges were displayed: steel overhead arches, stone archways similar to the current spans and a multigirder bridge made primarily of steel.