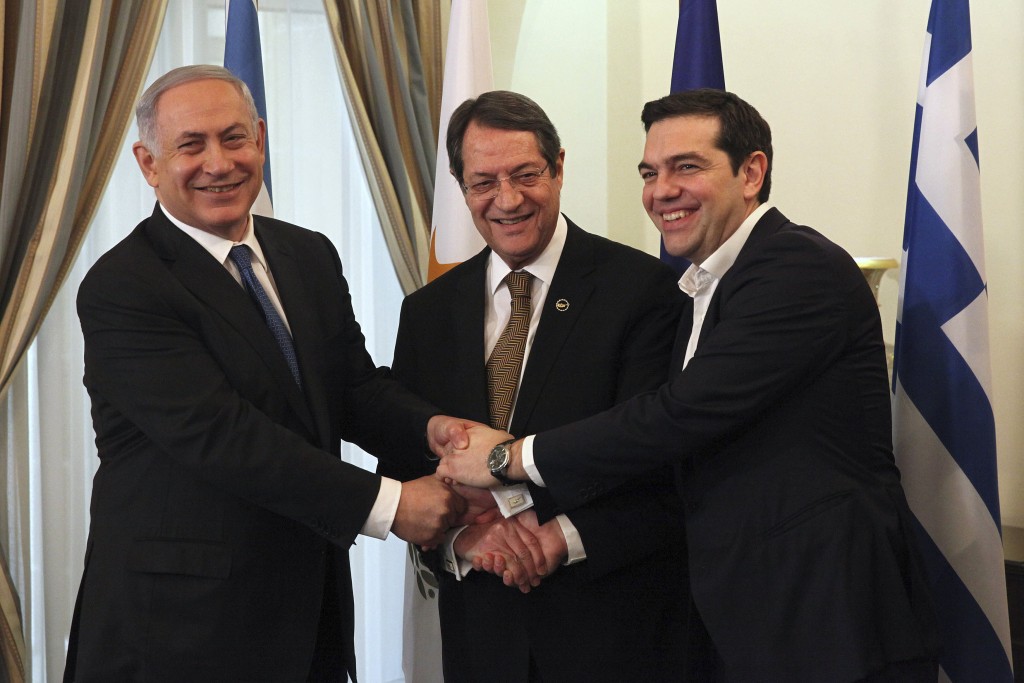 The leaders of Israel, Cyprus and Greece met Thursday morning in the Cypriot capital with the aim of strengthening cooperation and bolstering stability in a region wracked by conflict.

“Our states share the same values as well as the conviction that in order to effectively counter multiple challenges confronting us on a local, regional and international level, we must work collectively,” Anastasiades said at a news conference.

Netanyahu said the leaders agreed to set up a tripartite committee to study the possibility of building a pipeline to carry natural gas found in waters off Israel and Cyprus to Europe via Greece.

Netanyahu said the committee would also assess the possibility of an undersea cable to link their countries’ electricity grids.

Tsipras said Greece can act as a bridge for the transfer of east Mediterranean gas to the EU.

“These are momentous goals and by working together we can advance them more effectively than we can separately,” Netanyahu said.

Tsipras said the leaders agreed that dealing with the largest migration of people since World War II means tackling the problem “at its root” — poverty and war.

The leaders said they would meet again in the second half of this year.

Cypriot government spokesman Nicos Christodoulides hailed the summit as setting a new standard of regional cooperation, saying that other European Union and Middle Eastern countries have shown interest in participating in similar meetings.