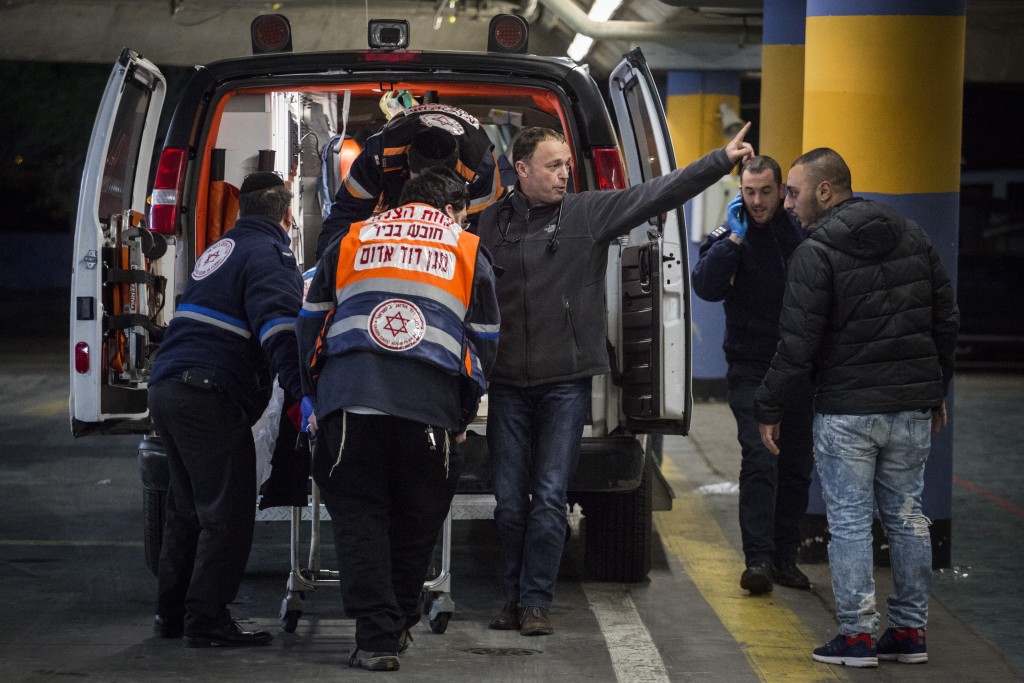 The 36-year-old Israeli man wounded in Wednesday night’s stabbing attack in Givat Ze’ev was in serious but stable condition, medical officials at Shaare Tzedek Hospital in Yerushalayim told Israel Radio Thursday morning. The man was stabbed twice in the neck area by an 18-year-old Palestinian terrorist at a restaurant in a gas station in Givat Ze’ev, on the outskirts of Yerushalayim.

Police said that the terrorist, an 18-year-old from the Arab neighborhood of Bir Naballah, was in custody. On Thursday morning, police released footage of the incident that had been recorded by security cameras. In the images broadcast on Channel Ten, the terrorist is seen deliberately following an Israeli couple that was walking towards the restaurant – and running in the opposite direction seconds later, after carrying out the attack.

The terrorist attempted to escape in the direction of an Arab village – but was caught by Israelis in the gas station, who chased after him and caught him. In the footage broadcast on Channel Ten, a large crowd of Israelis is seen surrounding the terrorist, holding him on the ground. Angry youths are seen beating him, and he can be heard pleading for mercy.

After several minutes, police arrived on the scene and broke up the crowd, arresting the terrorist and putting him into an ambulance for treatment at a hospital. But angry bystanders continued to try to reach the terrorist, and blocked the ambulance from leaving the gas station, until police broke the crowd up.

The IDF said in a statement that after discussions with Givat Ze’ev Local Council head Ze’ev Levin, reserve soldiers would be placed on duty at the gas station where the attack took place. The IDF said that the decision to deploy soldiers there had been made before the stabbing attack, and that the deployment schedule has been moved up in light of the attack.