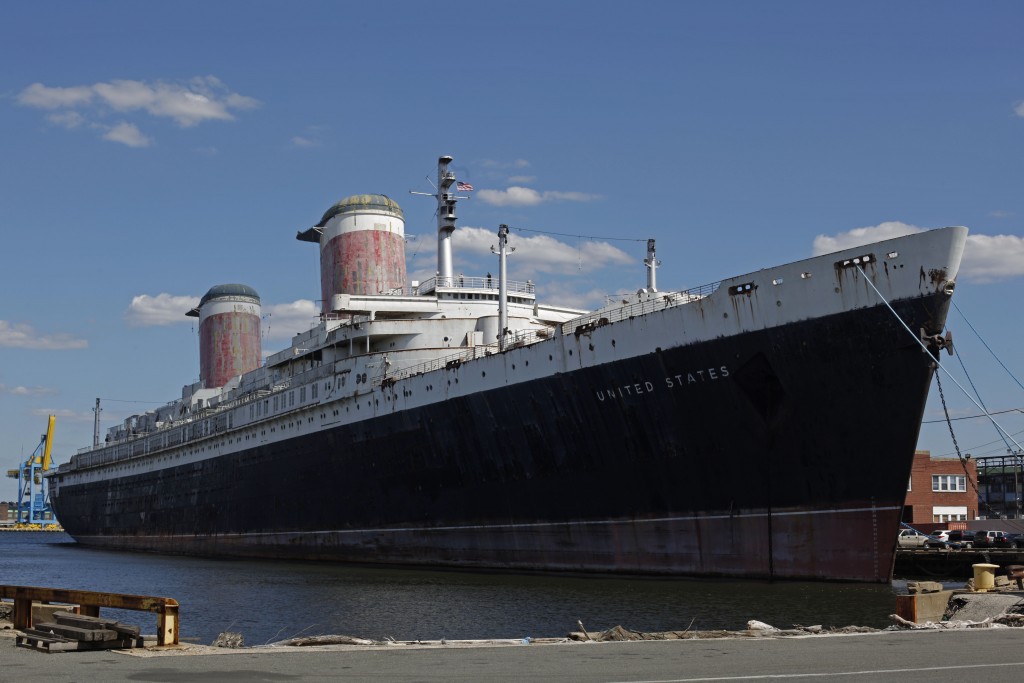 The SS United States, a historic and record-breaking ocean liner that once hosted royalty and presidents, has escaped the scrap heap and will undergo a rebirth, supporters announced Thursday.

The ship’s conservancy group issued a statement saying it has an option agreement with a redevelopment partner. No further details will be released until a news conference Feb. 4 at the Manhattan Cruise Terminal in New York, according to conservancy spokesman Tom Basile.

“At the announcement, an exciting future for the ship will be revealed that envisions the SS United States again as an iconic symbol of America the world over,” the statement said, noting an artistic rendering of the redeveloped ship will be unveiled.

The luxury vessel had its maiden voyage in 1952 and still holds the record for the fastest trans-Atlantic passenger ship crossing. Taken out of service in 1969, the SS United States was stripped of its interior years ago. The rusting hulk, which is larger than the Titanic, has been moored in Philadelphia for nearly two decades.

In 2014, the conservancy said it was chasing redevelopment options that could bring the ship back to its home port of New York as a stationary, mixed-use attraction likely featuring retail, restaurants, offices and/or hotel space.

But as negotiations continued for competing sites in Brooklyn and Manhattan, the ship was racking up unsustainable costs Philadelphia, where the conservancy spends $60,000 monthly to maintain the vessel on the Delaware River, where it sits amid working piers and looms over a strip of big-box stores.

Preservationists feared running out of money before a ship-saving deal was reached and had retained a scrap-metal broker. Last fall, they received a lifeline – $600,000 in donations – to keep it afloat while discussions continued.

A spokesperson for the New York City Economic Development Corp., which runs the Manhattan Cruise Terminal, did not immediately return an email.