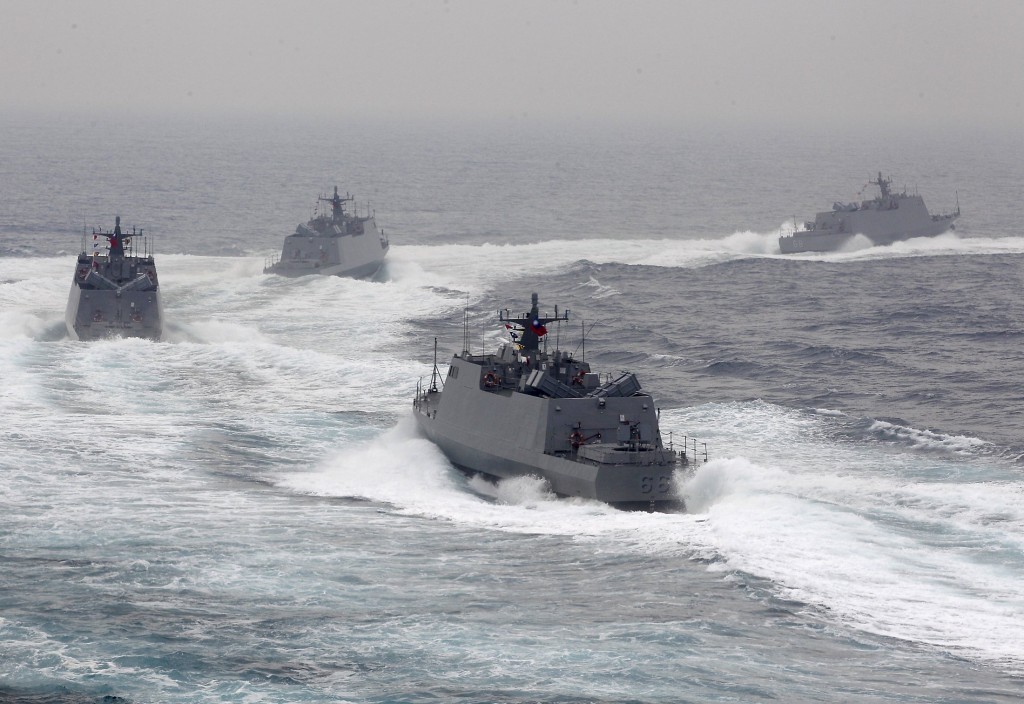 Taiwan President Ma Ying-jeou’s planned trip to the Taiwanese-held island of Itu Aba in the disputed South China Sea is “extremely unhelpful” and won’t do anything to resolve disputes over the waterway, a U.S. official said on Wednesday.

Earlier, Ma’s office announced that the president, who steps down in May, would fly to Itu Aba on Thursday to offer greetings to residents on the island, mainly Taiwanese coastguard personnel and environmental scholars.

But Ma’s one-day visit to Itu Aba, which is called Taiping by the Taiwanese, comes amid growing international concern over rising tensions in the waterway. The proposed visit quickly drew the ire of the American Institute in Taiwan (AIT), which, in the absence of formal diplomatic ties, serves as the de facto U.S. embassy in Taipei.

“We are disappointed that President Ma Ying-jeou plans to travel to Taiping Island,” AIT spokeswoman Sonia Urbom said in an email to Reuters. “Such an action is extremely unhelpful and does not contribute to the peaceful resolution of disputes in the South China Sea.” The United States wants Taiwan and all claimants to lower tensions, rather than taking actions that could raise them, Urbom added.

On a visit to Beijing on Wednesday, U.S. Secretary of State John Kerry said Washington and Beijing needed to find a way to ease tensions in the South China Sea, through which $5 trillion in shipborne trade passes every year.

Chinese Foreign Minister Wang Yi, speaking to reporters after meeting Kerry, said China had the right to protect its territorial sovereignty and that Beijing and Washington should manage the issue in a constructive way.

Both Taiwan and China claim most of the South China Sea. Vietnam, the Philippines, Malaysia and Brunei also have competing claims.

Ian Storey, a South China Sea expert at Singapore’s ISEAS Yusof Ishak Institute, said he expected the Philippines and Vietnam to lodge a strong protest, likely seeing the visit as a violation of their claimed sovereignty over Itu Aba.

“But I do think it is unlikely they would stage a similar visit involving a senior political figure going to one of their own occupied islands … that would risk inflaming relations with China and neither want to go that far,” Storey said.

Itu Aba lies in the Spratly archipelago, where China’s rapid construction of seven man-made islands has drawn alarm across parts of Asia and been heavily criticized by Washington. For its part, Taiwan has just finished a $100 million port upgrade and built a new lighthouse on Itu Aba, which has its own airstrip, a hospital and fresh water.

Ma’s visit follows elections won by the independence-leaning Democratic Progressive Party (DPP). Ma’s office said it had asked DPP leader Tsai Ing-wen to send a representative, but the party said it had no plans to do so. It is ironic that Ma is considering such a visit in light of the fact that he is so deeply aware of the territorial issues. Back in 1984 Ma even authored a book on the topic, entitled: Legal Problems of Seabed Boundary Delimitation in the East China Sea.

Asked to comment on Ma’s planned visit, the mainland’s Taiwan Affairs Office reiterated that China and Taiwan had a common duty to protect Chinese sovereignty in the waterway.

“Safeguarding national sovereignty and territorial integrity, as well as safeguarding the overall interests of the Chinese nation is the common responsibility and obligation of compatriots across the straits,” spokesman Ma Xiaoguang told reporters in Beijing.