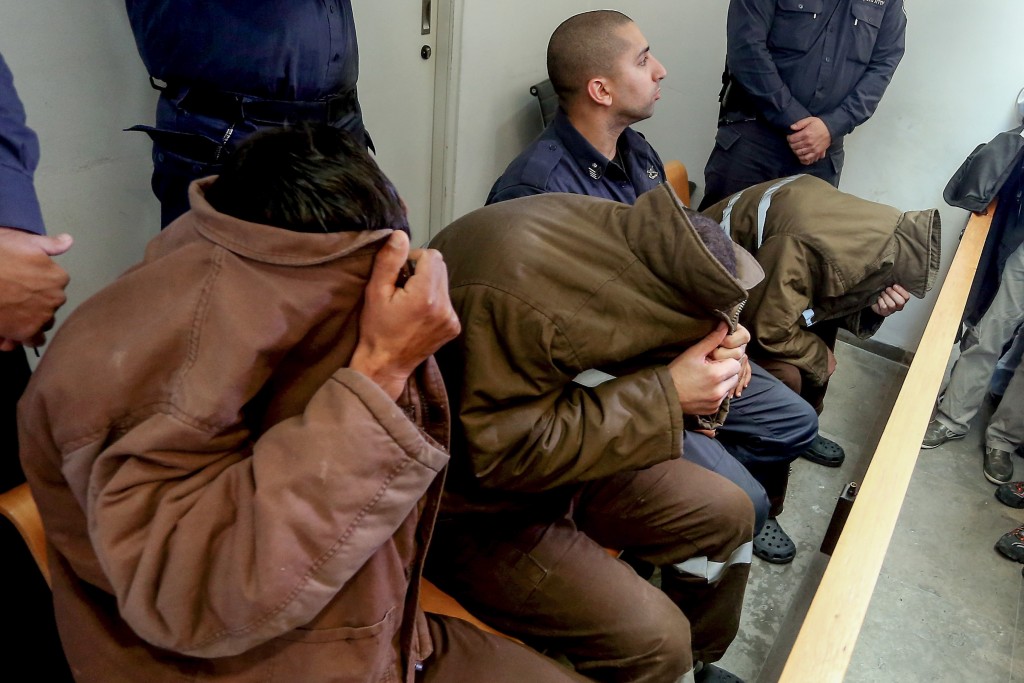 Three residents of the town of Ar’ara were indicted Tuesday in a Tel Aviv court for assisting Nashat Melhem, the terrorist who opened fire on a Tel Aviv café on Jan. 1, killing three people. The three are accused of sheltering Melhem and providing him with supplies and protection during the week he was at large.

For days after the attack, police conducted a near-nationwide search for Melhem, who had apparently disappeared into thin air after killing Alon Bakal and Shimon Revimi in a wild shooting spree on Dizengoff Street in central Tel Aviv, and then murdering cab driver Amin Sha’aban as he fled the scene. In the end, Melhem’s whereabouts were detected and he was killed by Yamam special police forces and Shin Bet officers, who had surrounded the hiding place where he had been holed up. Melhem emerged from the building and opened fire at the forces, firing at them with the same weapon he had used in the Tel Aviv murders.

During the week that he was missing, police conducted extensive searches in north Tel Aviv on the theory that Melhem was holed up there, but later said that they had known almost from the beginning that he had returned to Ar’ara. They publicized the no-leads angle in the hope that he or an accomplice would make a mistake – which actually did transpire, as one of the suspects indicted Sunday used a cell phone that had belonged to the murdered cab driver, tipping off security forces as to his whereabouts.

The suspects have been detained and their remand has been extended until the completion of proceedings against them. Their defense attorneys have filed an appeal to reverse that and allow their clients to remain free until the trial.

According to the detainees, the three were fully aware of who Melhem was – and if they were not, prosecutors were quoted in Yediot Aharonot as saying, he made sure they were, as he admitted to them that he was the person who had killed three people and the subject of the nationwide manhunt. In addition, he told them that he was planning to carry out another terror attack, details of which officials have not revealed.

In response, attorneys for the defense said that their clients had no choice but to cooperate. The Yediot report quoted them as telling the court that Melhem had threatened to harm them and their families if they did not help him hide, or if they revealed his location to police. “Nashat Melhem threatened my client, telling him he would harm his family if he revealed anything to anyone,” the report quoted one attorney as saying. “In the coming days we will study the indictment and respond to all the specific accusations.”