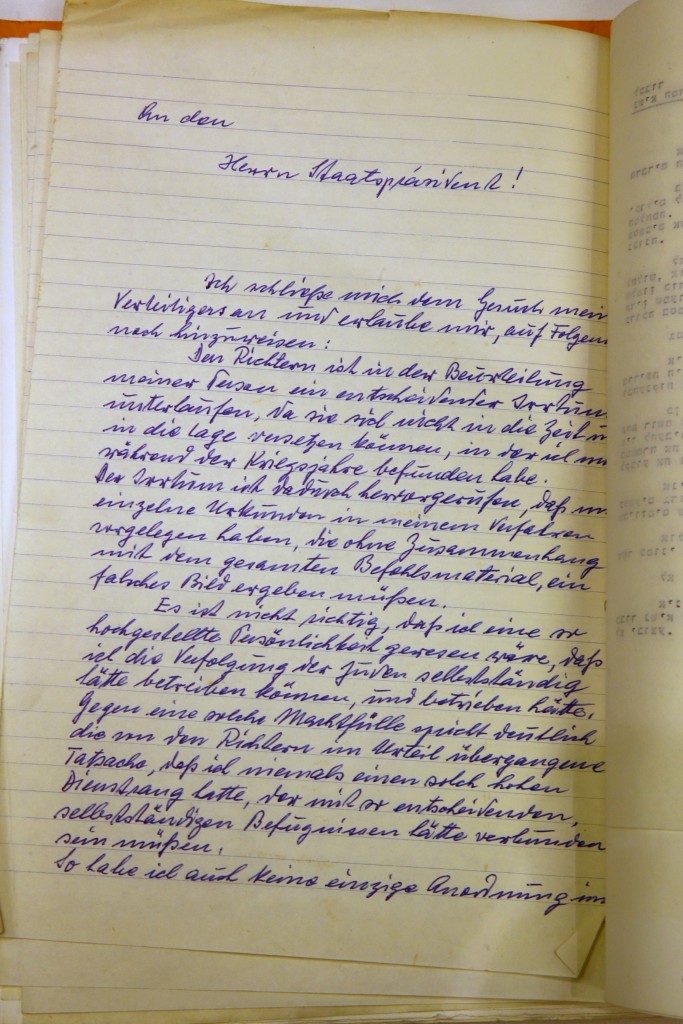 Israel made public on Wednesday a handwritten request for clemency by Adolf Eichmann, an architect of the Nazi Holocaust, who was executed by Israel in 1962 following a war crimes trial.

In his letter to then-President Yitzchak Ben-Zvi, Eichmann said he was a “mere instrument” of leaders responsible for the killing of 6 million Jews, Hy”d, in World War II.

His plea for his death sentence to be commuted was dated two days prior to his hanging. Release of the letter, written in ballpoint pen, coincided with International Holocaust Remembrance Day.

A spokesman for Israeli President Reuven Rivlin said although the plea for clemency had been public knowledge since Eichmann’s trial in Yerushalayim, the actual letter had only recently been found when documents were being scanned for digital archiving. “The handwritten letter has not been seen since it was filed away in the (presidential) archives,” Rivlin’s spokesman noted.

The letter was released to the media during a remembrance day ceremony held at the president’s official residence. Rivlin said that he would like the document to be put on display at Israel’s Yad Vashem Holocaust memorial.

Eichmann was one of the architects of the Nazis’ “Final Solution,” and he oversaw the rounding up and deportation of Jews to death camps such as Auschwitz.

In the letter, Eichmann wrote: “I was not a responsible leader, and as such, do not feel myself guilty.” He asked Ben-Zvi “to exercise your right to grant pardons, and order that the death penalty not be carried out.”

In 1960, the Mossad intelligence agency abducted Eichmann from Argentina, where he was living under an assumed identity. He was found guilty of crimes against humanity, war crimes, and crimes against the Jewish people.