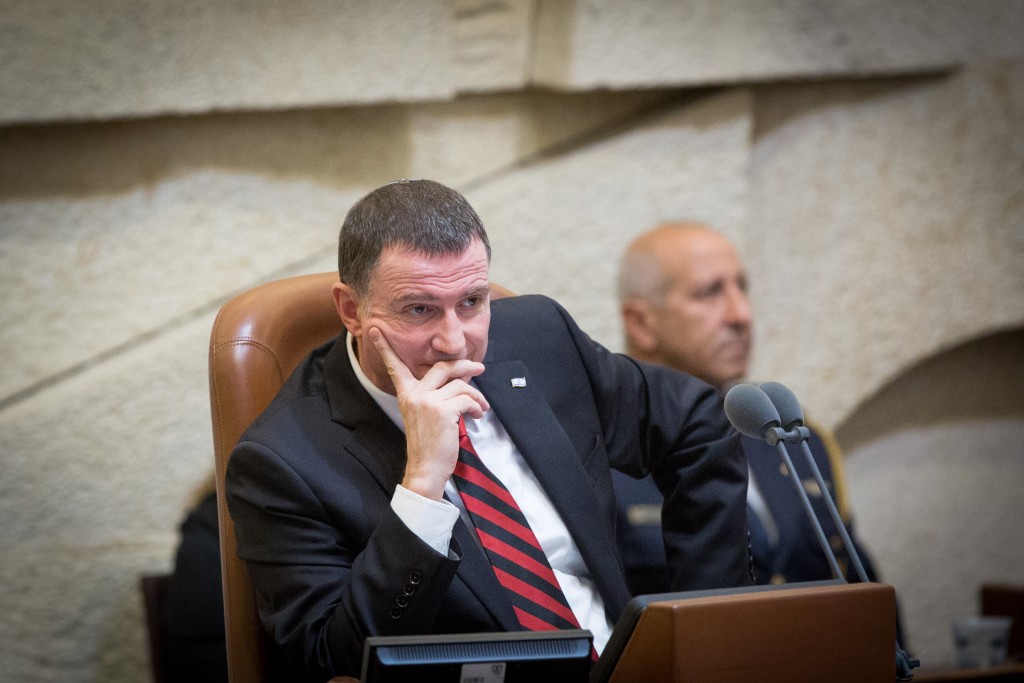 Prime Minister Binyamin Netanyahu said that while Israel speaks out against anti-Semitism and fights its enemies, Europe fails in its obligations.
“Where is Europe, where is the rest of civilization?” Netanyahu asked in a taped message to mark the day. “A state like Iran, movements like ISIS and Hamas openly declare their goal of committing another Holocaust………. But Europe and the rest of the world must stand up together with us, not for our sake, but for theirs.”

In a statement made in honor of Holocaust Remembrance Day, EU foreign policy chief Federica Mogherini appeared to agree with Netanyahu: “It is not only a responsibility towards the Jewish people, it is a responsibility towards mankind, towards future generations, towards Europe itself. If we forget the dark history of our continent, we run the risk of underestimating how crucial it is to preserve peace, unity and diversity inside our continent,” she stated.

Knesset Speaker Yuli Edelstein and European Jewish leaders specified the “hypocrisy” of France and Italy hosting on this day Iranian President Hassan Rouhani, whose regime has become the world center of Holocaust denial.

“I have no words for the hypocrisy of the presidents of countries, like France, that on International Holocaust Remembrance Day host the President of Iran,” Edelstein said in the Knesset plenum. “We will have to continue our struggle to make sure the Holocaust is remembered and so that others’ consciences will speak to them.”
In Paris, the American Jewish Committee issued a statement saying: “Last year, French President Francoise Hollande participated in a ceremony marking 70 years since the liberation of Auschwitz. This year, he will stay in Paris to meet with the President of Iran, Hassan Rouhani, the head of a regime that denies the Holocaust. What is the logic in that?”

The Rome Jewish community leadership joined in the protest against Rouhani’s visit. It cited the “constant calls for the destruction of Israel” and manifestations such as Tehran’s “contest for anti-Semitic and Holocaust revisionist cartoons.” These, it said, as well as his government’s “lack of respect for civil rights, constant increase of the death penalty, restrictions on freedom of the press” made Rouhani’s official visit to Rome “unwelcome.”