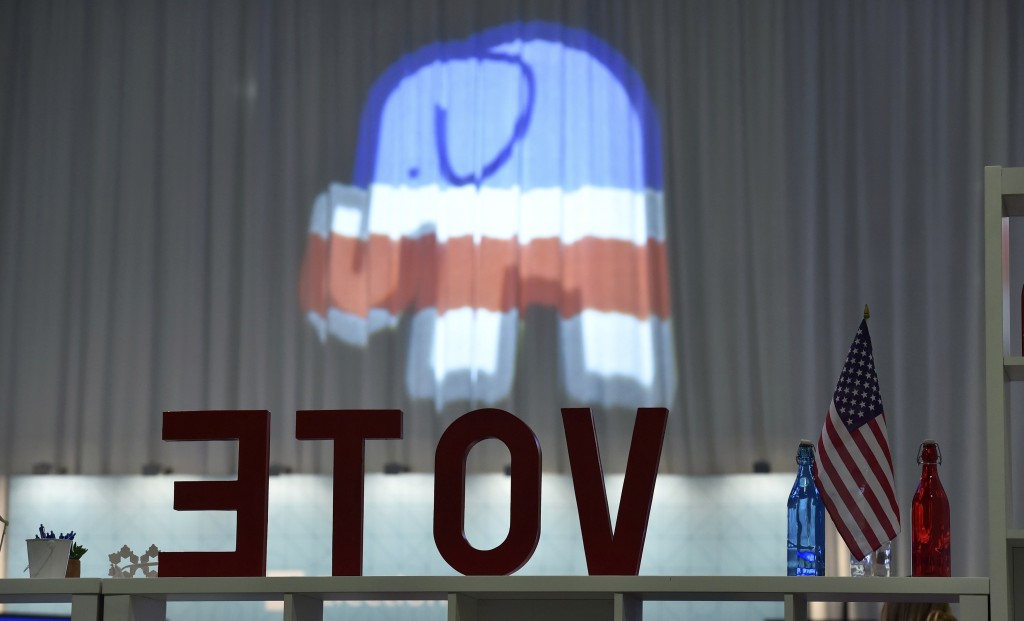 The billionaire Republican’s decision to tangle with Fox News and skip the final presidential debate before Iowa’s kickoff caucuses all but ensures that he — and he alone — will dominate the conversation in the closing moments of campaigning in 2016’s leadoff state.

It’s a move that for any other candidate would probably be viewed as un-presidential. But for Trump, it’s more likely to serve as fresh evidence that he’s successfully redefining the art of presidential politics.

“This takes guts, and is the kind of mentality our country needs in order to Make America Great Again,” Trump’s campaign charged in a statement that cited his campaign slogan and confirmed the finality of his decision.

Instead of appearing on the debate stage Thursday night, Trump said he will host an event at the same time to raise money for wounded veterans.

The move puts the other seven Republican participants in an awkward position. Attack the party’s absentee front-runner, and provide him with even more attention? Or ignore him, and leave voters wondering what they think of the national front-runner’s hardball play just days before the Feb. 1 caucus?

“I think, you know, the media’s been handled by him,” New Jersey Gov. Chris Christie, one of Trump’s rivals for the GOP nomination, said in an interview Tuesday night on Fox News. “And I think, you know, folks have allowed him to do things that no other candidate’s ever been allowed to do in American presidential history.”

Trump’s presidential run has been defined by such moments. He’s questioned whether Arizona Sen. John McCain is worthy of being called a war hero, graphically criticized Fox News anchor Megyn Kelly, and unveiled a widely-condemned plan to bar Muslims from the United States.

Each led his rivals, political professionals, and pundits to predict his undoing. But instead, Trump has maintained his support in the preference polls he loves to tout — a reflection of his ability to capture the feelings of a Republican electorate deeply skeptical of the party’s establishment and the country’s news organizations.

“I think in some ways, we’ve got to start pushing back. And I think he’s just demonstrating that, pushing against the liberal media,” said Yvonne Galusha, 57, a Trump backer who works at the University of Iowa and attended his Tuesday night rally in Iowa City.

For the past several days, Trump had sought Kelly’s removal as a moderator of the Thursday night debate. His back and forth with the network reached a tipping point on Tuesday afternoon, when Fox News mocked Trump with a sarcastic statement that said the leaders of Iran and Russia “both intend to treat Donald Trump unfairly when they meet with him if he becomes president.”

“Let them have their debate and let’s see how they do with the ratings,” Trump retorted. His rivals tried to paint that reaction as the latest example of why he’s unfit for the White House.

“If he doesn’t want to be there, that’s okay with me,” Christie told Kelly on Tuesday night. “But I’ll tell you this: the American people should wonder if you’re not willing to show up when everything isn’t going your way and exactly the way you want to.”

That’s an argument yet to dent Trump’s standing among his supporters, who view such actions as a reminder of what they like most about him: Trump plays by his own rules, even if that means taking on his party’s leadership and his party’s favorite media network.

“With me, they’re dealing with somebody that’s a little bit different,” Trump said. “They can’t toy with me like they toy with everybody else.”

For their part, Republican officials have tried to hide their disappointment, if not their concern, for the tremendous power Trump wields in the 2016 primary contest. “Every candidate has the right to decide not to participate in a sanctioned debate,” said Steve Duprey, the official in charge of the Republican National Committee’s debate efforts. “Time will tell whether this works to his benefit or hurts his campaign.”

Debates have long been considered critical moments for voters and candidates alike, and Fox News was more pointed than the RNC in its response to Trump’s decision to sit their event out. “We’re not sure how Iowans are going to feel about him walking away from them at the last minute,” the network said in a statement.