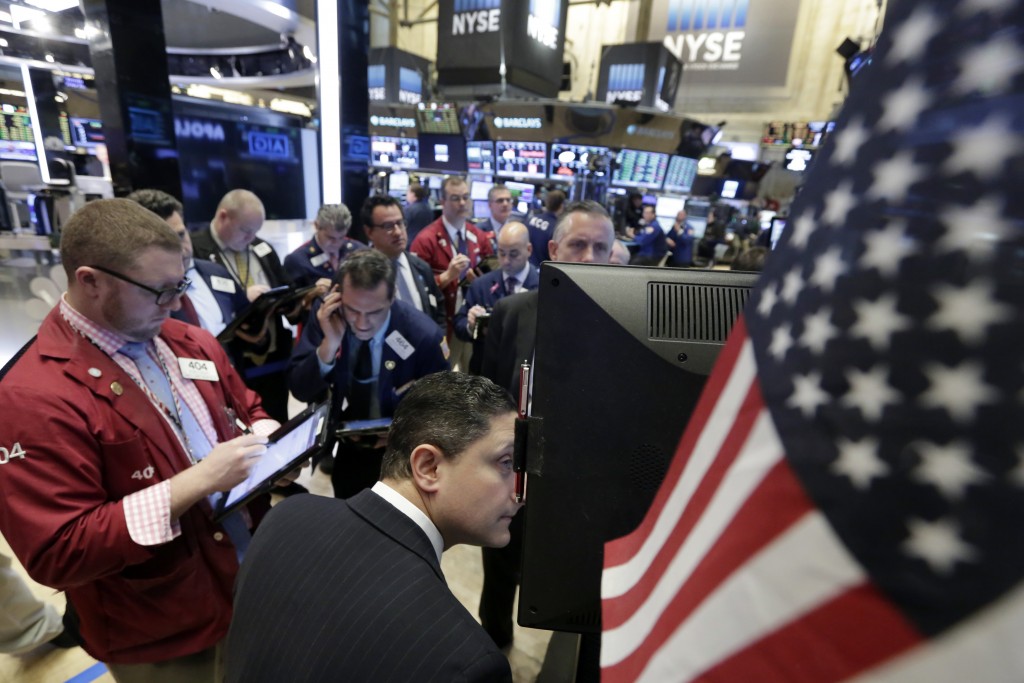 U.S. stocks are rising Tuesday as the price of oil makes another abrupt reversal, this time rising more than 6 percent after falling by about that much a day ago. Banks are also climbing, and consumer stocks are getting a lift from strong fourth-quarter results from companies like Procter & Gamble and handbag maker Coach.

IN THE BAG: Luxury handbag maker Coach reported a greater profit than analysts had expected, and its stock rose $3.53, or 11.6 percent, to $33.88. Even with that big gain, however, it’s down 9 percent over the last 12 months.

BANKED: Huntington Bancshares agreed to buy competitor FirstMerit Corp for $3.4 billion. The deal would create the largest bank in Ohio, and the companies would have about $100 billion in combined assets. FirstMerit added $2.63, or 17.1 percent, to $18 and Huntington lost 82 cents, or 9.3 percent, to $7.98.

DOW POWER: The Dow is doing particularly well because many of the companies making the biggest gains, including 3M, Procter & Gamble, Exxon, Chevron and Goldman Sachs are all Dow components. The Nasdaq is making smaller gains because tech stocks are little changed.

FULL SPRINT: Sprint, the fourth-largest wireless provider in the U.S., posted a smaller loss in its third quarter and said its aggressive promotions lured more users. The company raised its outlook for the year.

Sprint stock rose 52 cents, or 20.9 percent, to $3.05. The stock, which hit an all-time low last Wednesday, has been on a wild ride the last few days, jumping almost 15 percent Friday and then falling 12 percent Monday, when Sprint said it had cut about 2,500 jobs since last fall, or 8 percent of its staff.

BUMPY LANDING: Lockheed Martin said it will acquire the engineering company Leidos, combine it with its information systems and global solutions unit, and then separate that company so it can focus on its remaining aerospace and defense business. The stock shed $3.78, or 1.8 percent, to $207.23.

CORNING CLIMBS: Specialty glass maker Corning added $1.11, or 6.6 percent, to $17.87 after it reported a greater profit and more revenue than analysts expected. The stock is on pace for its biggest one-day gain since October 2013.