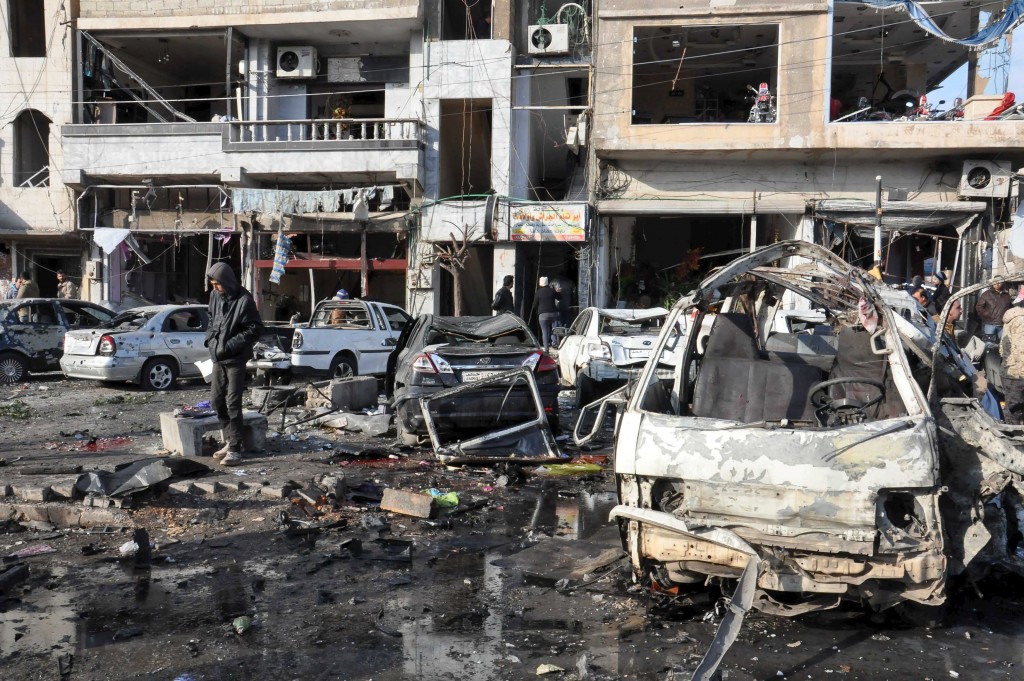 A double bomb attack in the Syrian government-controlled city of Homs on Tuesday killed 22 people and wounded more than 100, Syrian state media reported.

The governor of Homs said the initial attack was a car bomb that had targeted a security checkpoint. A suicide bomber then set off an explosive belt, state media reported.

Islamic State later said it was responsible for the suicide attack. The Islamist terrorist group said in an online statement that one of its terrorists had driven a car loaded with explosives to a security checkpoint in the Zahraa neighborhood and blown himself up, killing many people.