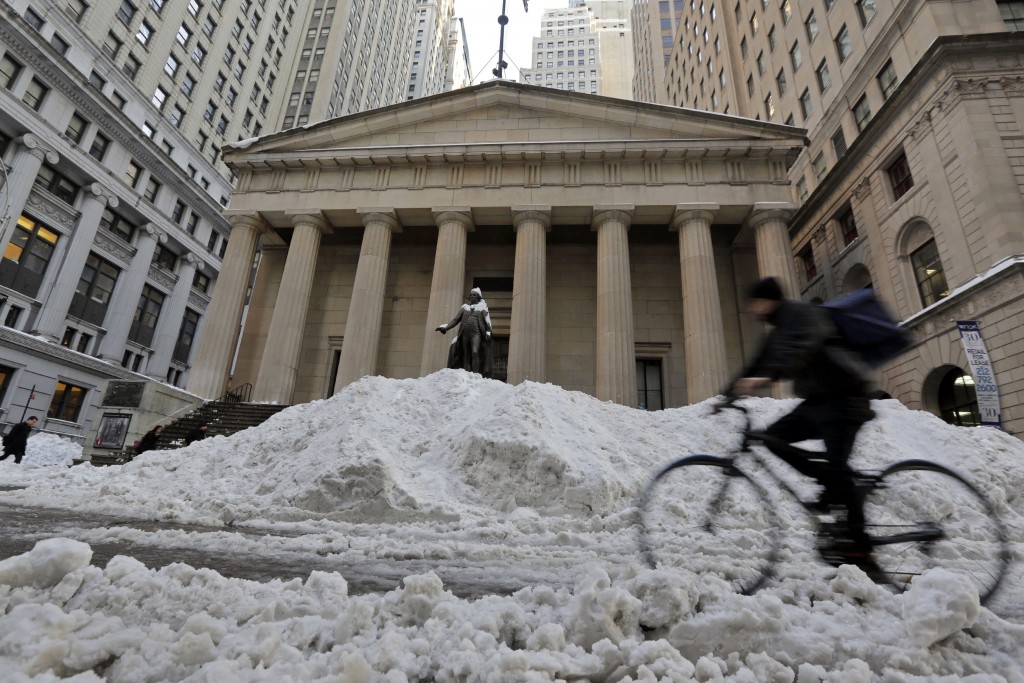 The nation’s capital and its largest city both got walloped by the same near-record blizzard this weekend. But while Washington struggled to recover, New York City was mostly up and running on Monday.

In the District of Columbia, schools and government offices, monuments and memorials and museums were all shut down on Monday. The Metro had an extremely reduced schedule, providing free rides as a goodwill gesture. Digging out remained such a huge challenge that Mayor Muriel Bowser sought federal disaster aid.

In New York, the subway and schools were open. A look at the numbers helps explain the outcomes:

Snowfall: Washington gets eight days of snowfall, accumulating 14.5 inches a year on average. New York gets 11 snowy days, accumulating 25.1 inches, according to federal climate data. New Yorkers can always count on at least some heavy snow.

Money: Each spends about $9 per capita on snow removal: The District of Columbia sets aside $6.2 million a year for its 658,000 people, while New York’s snow budget is $77.5 million for its 8.4 million. The Big Apple’s snow budget and population are each about 12 times bigger.

Snowforce: District officials deployed 1,200 employees and 727 pieces of equipment. New York sent out 4,600 workers and more than 2,000 pieces of equipment, keeping its crews on 12-hour shifts so that half were on the streets at a time.

“I know other cities struggled,” New York City Mayor Bill de Blasio said. “We are so blessed to have the personnel, the training, the equipment that allows to this city to turn on a dime. Things are not entirely normal today, but most of the city is operating well.”

De Blasio did some damage control in Queens, where plows got stuck and people complained of being forgotten. And New York Gov. Andrew Cuomo acknowledged a miserable experience getting in from Long Island Monday while the nation’s busiest commuter railroad ran a reduced schedule. But both were able to focus on what went right this time.

Unlike during “Snowmaggedon,” when New York’s transit system stayed open at first, stranding buses and blocking streets, this time early closings and a coordinated response enabled the city and state to reopen roads more quickly.

“Because we put the travel ban in, Sanitation was able to get out there and plow as well as they did,” de Blasio said. “And when the buses came back online, they could actually get around. It was really good decision-making.”