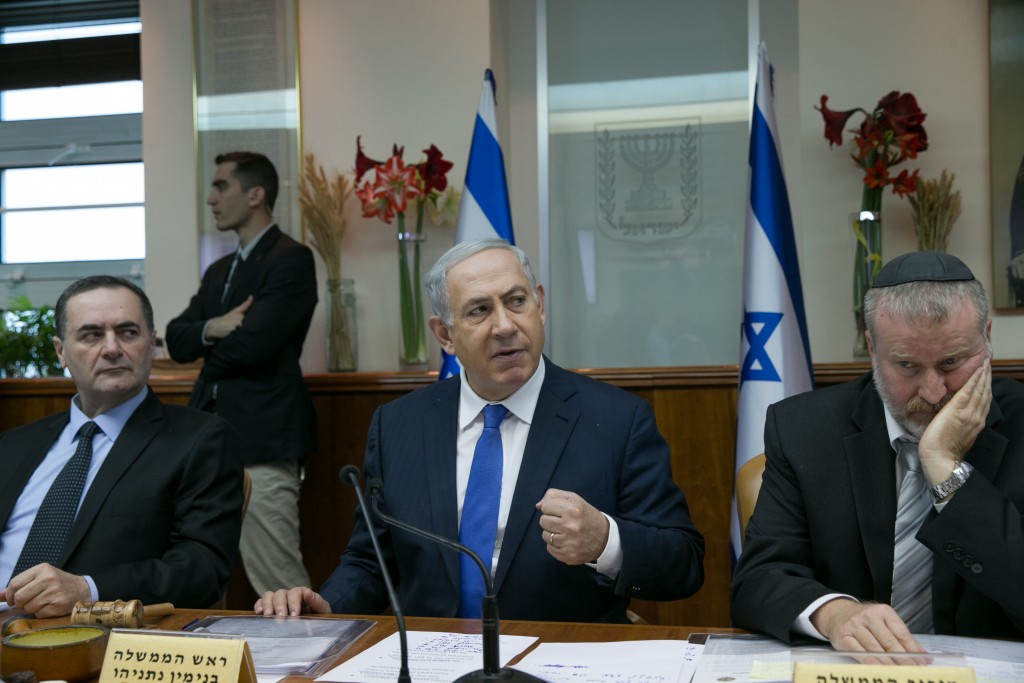 Israeli Prime Minister Binyamin Netanyahu became embroiled this week in a squabble with his Transportation Minister Yisrael Katz (Likud) over the expansion of Uber in the national taxi market.

It all began the day after Netanyahu returned from his trip to the World Economic Forum at Davos, where he met with the CEO of Uber, who complained that the Transportation Ministry was not letting him bring his full service into Israel. Netanyahu asked Katz to approve the application.

Uber enables users to call taxis at short notice by cell phone and is already being used in Israel. The company wants permission for its UberX version, which enables any driver of a vehicle to offer taxi services.

But the Transportation Ministry has stood by its regulations, which permit only registered taxi drivers to accept fares for a ride.

The matter quickly blew up into a personal-political disagreement at the cabinet meeting on Sunday, as the prime minister insinuated that Katz was protecting the taxi industry from competition.

“Yisrael,” said Netanyahu, “you have to open the door to competition.”

Katz did not take this as friendly advice. “You’re saying that to me? I who opened the skies to competition? And the ports and the railways? I have no problem with Uber, only they need to work within the law. If you want, deal with the matter yourself. I’m ready to hand it over to you.”

“Hand it over,” Netanyahu answered, as the government ministers sat in stunned silence.

Katz took a swipe at Netanyahu’s alleged favoritism toward tycoons, and dragged public security in for good measure.

He warned of the possibility that a terrorist posing as a driver would pick up a passenger and take them to the territories.

“What will you do then?” Katz asked. “Refer them to me,” Netanyahu replied, but the exchange did not stop there. Katz turned to Netanyahu and asked, “Aren’t you prevented from dealing with the matter because of a conflict of interest?” to which Netanyahu responded, “Set your mind at rest, I can.”

Katz came back with “My commitment is to Israelis, not to tycoons.”

Netanyahu stated that he has no personal connection to Uber’s Travis Kalanicke beyond the meeting in Davos.

On Monday, Katz continued the fight, defending his position to a meeting of the Knesset Finance Committee.

“Anyone who wants to introduce Uber should prepare NIS 8-9 billion ($2-$2.25 billion) to compensate the taxi drivers,” Katz said. “If that’s what the Israeli cabinet and the Knesset want, they should prepare the compensation.”

“We are not talking about the country’s rich,” Katz continued. “If someone pays for a taxi license, it doesn’t make sense for someone else to come along with a private vehicle and compete with him.”