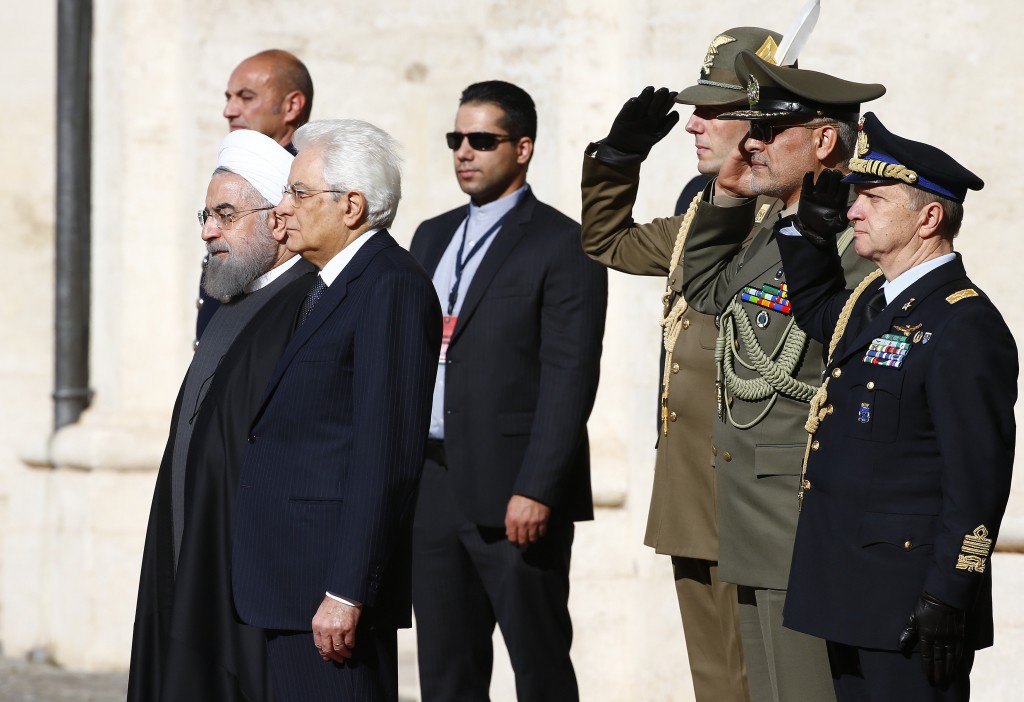 Italy is poised to sign deals worth up to 17 billion euros ($18.4 billion) with Iran during President Hassan Rouhani’s visit to Rome, which started on Monday, a government source said.

The accords cover various sectors, including energy and steel, and underscore the potential business bonanza on offer for European firms following the lifting of crippling financial sanctions on Tehran earlier this month.

Rouhani flew into Rome at the head of a delegation of more than 100 businessmen and ministers. He will meet Italian Prime Minister Matteo Renzi and Pope Francis during his two-day stay before travelling to France on Wednesday.

Italy has traditionally had close economic ties with Tehran and no sooner had Rouhani’s plane touched down in Rome, than a government source said Italian firms were poised to sign commercial accords worth between 15 billion to 17 billion euros.

These included a deal for Italian oil services group Saipem for a 2,000 km (1,240 miles) pipeline worth between $4 billion and $5 billion, a source with knowledge of the matter said. Saipem was not immediately available for a comment.

In addition, Italian steel firm Danieli will sign commercial agreements worth up to $5.7 billion with Iran, a company spokesman said. These accords will include a joint venture, to be called Persian Metallics, with other international investors, worth $2 billion.

Rouhani is due to address a conference of entrepreneurs and industrial leaders in Rome on Tuesday.

Iran demonstrated its hunger for Western goods at an aviation conference in Tehran on Sunday, announcing plans to buy more than 160 European planes, including eight superjumbos from Airbus, and holding up the prospect of a major order for U.S. company Boeing.