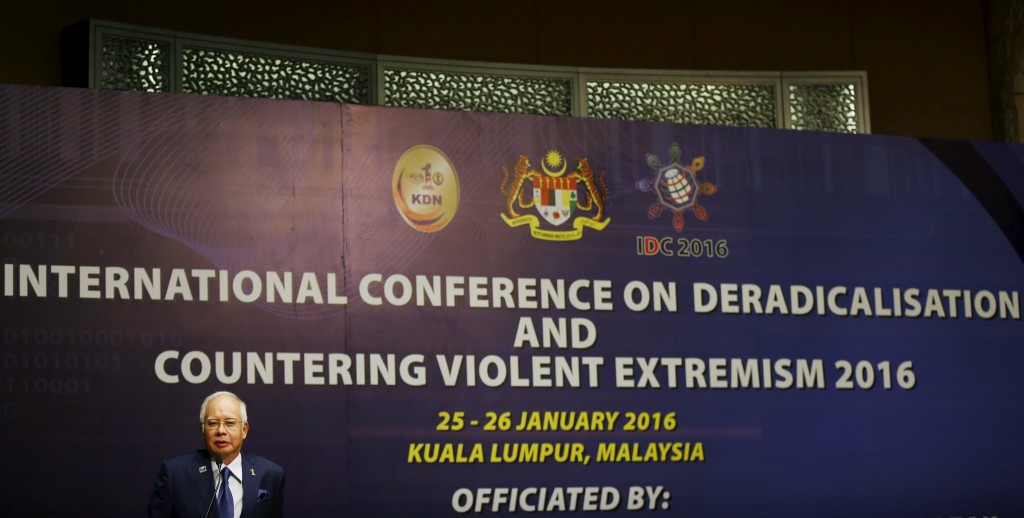 Malaysian Prime Minister Najib Razak said Islamic State is a “very real” threat to the country, hours after a video from the regional wing of IS warned of terror attacks in the Muslim-majority nation in retaliation for arresting its supporters.

Police said the video, featuring operatives from the terror group Katibah Nusantara speaking under the IS logo, was significant because it was the first from Islamic State in Malaysia.

“This threat is very real and my government takes it very seriously,” Najib told a conference on terrorism. “This is a challenge that faces us all around the world. We are far from immune to this danger in Malaysia.”

Police said on Sunday they had arrested seven members of an IS cell who were planning attacks across the country. The suspected terrorists were carrying bullets, books on jihad, IS flags and propaganda videos.

Ten days ago, Malaysia arrested a suspected terrorist believed to have been planning a suicide attack in Kuala Lumpur. Three Malays who were trying to enter Syria to join IS were arrested this month, Najib said.

The video that surfaced online warned Malaysia against the crackdown on IS terrorists and featured two Malays based in Syria, said Ayob Khan Mydin Pitchay, director of the police counterterrorism unit.

“They threatened to carry out an attack if police did not stop the arrests and release detainees immediately,” said Ayob, adding that the video showed terrorists in the country were becoming more organized.

“Perhaps they didn’t have a direct link with IS before, but now they do, so they can use the IS logo on their videos.”

Katibah Nusantara, the terror network that released the video, is believed to be led by Bahrun Naim, who was identified as the mastermind behind the Jakarta bombings earlier this month. Indonesian police have said Naim is pulling strings from Raqqa, Islamic State’s de facto capital in Syria.

Reuters could not independently verify the video.

“If you catch us, we will only increase in number but if you let us be, we will be closer to our goal of bringing back the rule of the Khalifah (caliphate),” said a message on the video, according to Malaysian newspaper the Star.

Security experts in the region believe Islamic State’s footprint is still light in Southeast Asia because terrorists are jostling to be its regional leader.