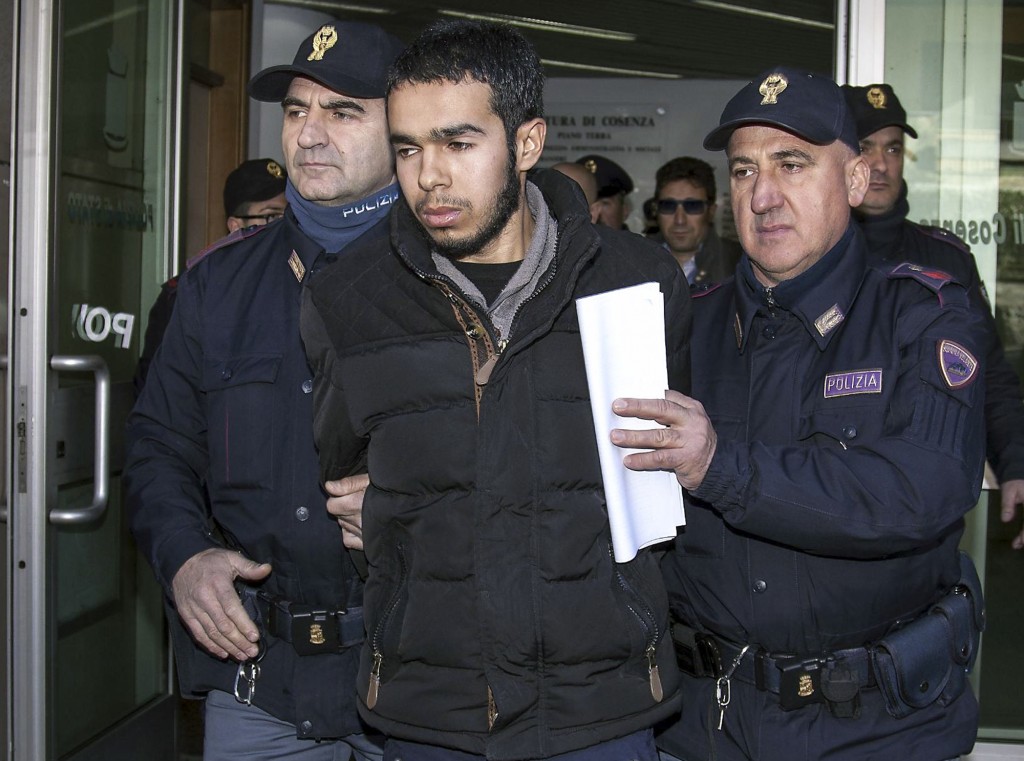 Italian authorities have arrested a Moroccan citizen living in southern Italy suspected of seeking to become a foreign terrorist for the Islamic State group.

Police said Monday that 25-year-old Mehdi Hamil had been under investigation since July when he was stopped at Rome’s airport after being refused entry to Turkey. Authorities said that they monitored him as he accessed terror propaganda online and made plans to move Belgium.

He was being held on suspicion of training for the purpose of international terrorism.

The news agency ANSA reported that Hamil moved to a Calabrian town in 2006 with his parents and three younger siblings. He worked with his father as a street vendor.