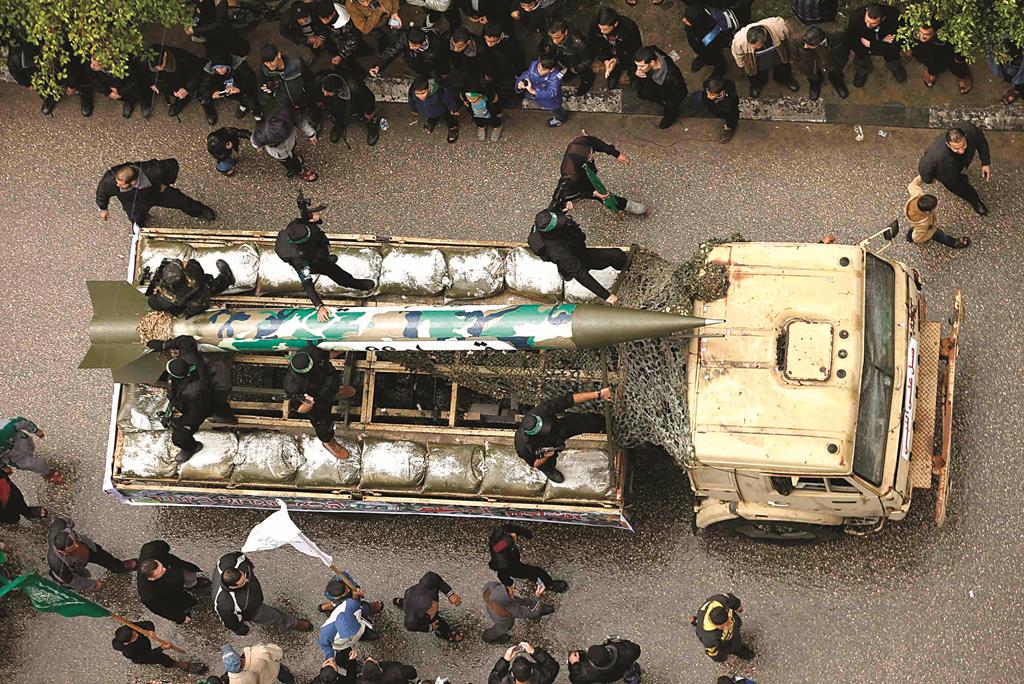 IDF forces struck back against a Hamas training facility early Monday, after Gaza Arab terrorists fired a rocket at communities in southern Israel. Sirens sounded in several communities in the Gaza border area Sunday night, sending hundreds into bomb shelters during the height of a heavy rainstorm.

So far in January, Gaza terrorists have fired three rockets into Israel. On Saturday, Hamas top terrorist Ismail Haniyeh said that the group was not now seeking to start a war with Israel, but Israeli officials said that they consider Hamas responsible for any attack emanating from Gaza.

In a statement, IDF spokesman Lt. Col. Peter Lerner said that “families in southern Israel were once again forced on Sunday to find shelter, fleeing radical Islamic terrorism emanating from the Gaza Strip. Hamas is responsible and is accountable for all attacks from the Gaza Strip. The IDF will continue to operate and defend against those that undermine Israeli sovereignty while jeopardizing the safety and well-being of civilians.”

Also Sunday night, IDF forces arrested eight wanted terror suspects in Yehudah and Shomron. The eight were wanted for participating in riots, throwing rocks and firebombs at Israeli civilians and soldiers. The eight were taken for questioning by Shin Bet and IDF interrogators.