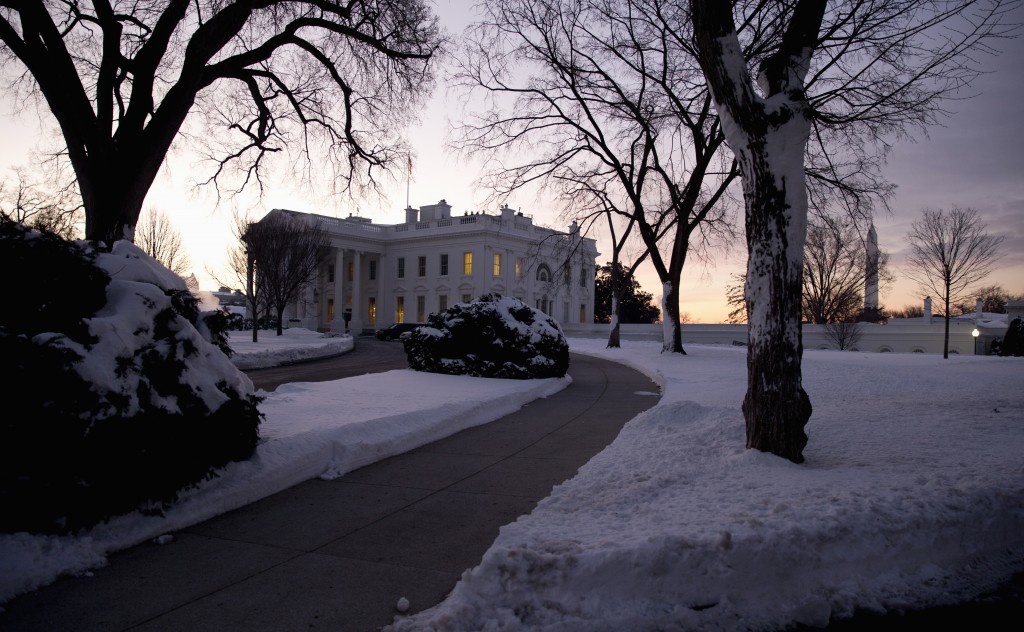 East Coast residents who made the most of a paralyzing weekend blizzard face fresh challenges as the workweek begins: slippery roads, spotty transit service and mounds of snow that buried cars and blocked sidewalk entrances.

For many, the weekend extends into Monday because of closed schools and government offices. Officials were cautioning against unnecessary driving, even as they expected some commuter trains to be delayed or canceled.

New York City emerged from a massive blizzard, while snowy gridlock gripped the Washington and surrounding areas, where federal, state and local offices planned to remain closed on Monday.

Midtown Manhattan sprang back to life on a bright and sunny Sunday as residents and tourists rejoiced in the warming sunlight, digging out buried cars and cavorting in massive drifts left by New York City’s second-biggest snowstorm on record.

In Washington, where a traffic ban remained in effect, the recovery got off to a slower start, with the entire metropolitan transit system closed through Sunday. The U.S. Office of Personnel Management said federal government offices in the Washington area would be shut down on Monday, along with local government offices and public schools in the District of Columbia and its Maryland and Virginia suburbs. Virginia and Maryland state offices also were ordered closed.

The storm dropped snow from the Gulf Coast to New England, with near-record snowfalls tallied from Washington, D.C. to New York City. At least 31 people have died as a result of the snowstorm. The deaths occurred in car accidents, from carbon monoxide poisoning, and from heart attacks while shoveling snow.

The entire region seemed to breathe a sigh of relief that the worst was over.

“We still have some areas that we have to do a lot more work on. But we’ve come through it pretty well,” New York Mayor Bill de Blasio said to ABC News on Sunday. “We think we’ll be broadly up and running again at the city tomorrow.”

New York’s transit authority said partial service on the Long Island Rail Road was restored on three of its 12 branches and diesel train service was operating on three other branches. The problems were due to switches and tracks that were refrozen overnight due to low temperatures. New York City subways, buses and Metro-North Railroad service were operating on a normal schedule Monday.

The Metro-North rail line, which serves suburbs north and east of New York City, was restored on Sunday afternoon.

A spokeswoman for the New York Stock Exchange said the market planned to open as usual on Monday. City schools also were set to open on Monday.

Washington, which has a poor track record in dealing with snow, seemed unready for a return to its Monday routine after its largest snowstorm in decades, with major airports, public buses and subways completely shut down all Sunday.

Washington Mayor Muriel Bowser earlier issued a public apology for commuting headaches caused by the blizzard, which locals dubbed “Snowzilla.” She said crews had worked all night and Sunday, plowing main roads and were just getting to secondary roadways and neighborhoods.

Public schools were slated to be closed on Monday across much of the Washington and Baltimore region, with some shuttered through Tuesday.

All federal offices were to be closed on Monday and the U.S. House of Representatives canceled its voting until Feb. 1. The Pentagon canceled all its events.

More than 3,900 airline flights were canceled on Sunday, and some 900 were called off for Monday, according to aviation site FlightAware.com.

About 150,000 customers in North Carolina and 90,000 in New Jersey lost electricity during the storm, but most service had been restored by Sunday afternoon.