Israel ANALYSIS: The Next Phase of the Wave of Terror
Israel 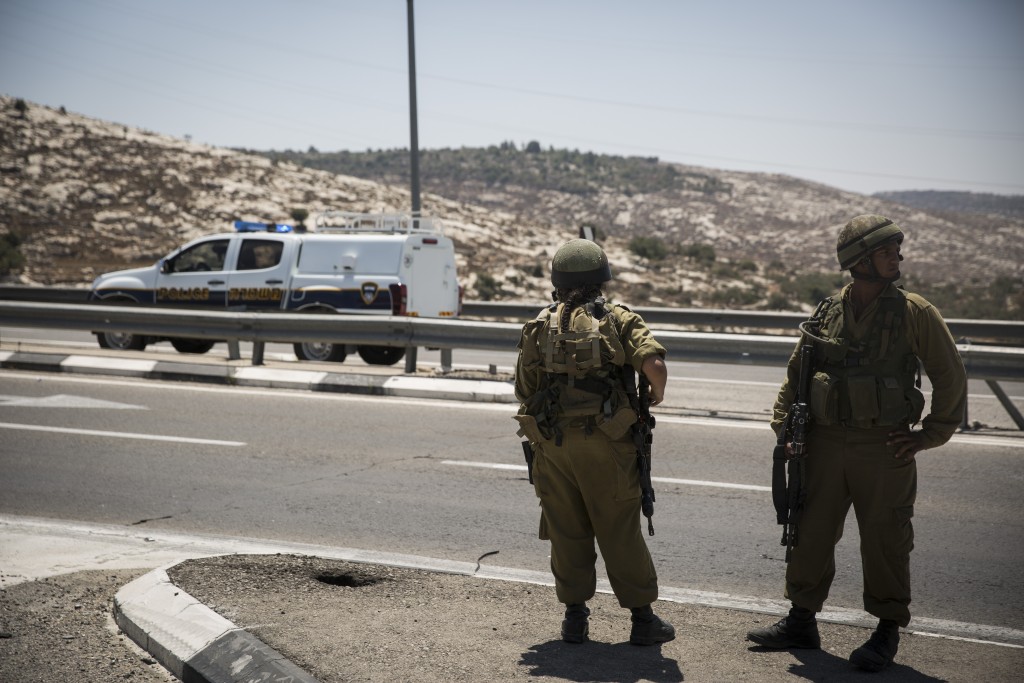 The terror attack on Monday night in Beit Horon was not another in a series of attacks in the current wave. It reflects a change of direction on the part of the terrorists and their masters, and raises hard questions about whether or not there is a directing hand behind them.

This was a coordinated attack, of knife-wielders and bomb carriers, working together. While a knife can be obtained easily in anybody’s kitchen, a bomb requires knowledge, requires effort. And it is already clear that somebody is supplying the knife-wielders with explosives and arms, and this changes the entire picture.

What began as demonstrations and riots moved on to rock throwing – afterwards to firebombs, stabbings and car-rammings in the streets of the cities and highway intersections – has entered this last month into Jewish communities.

It is no longer a matter of lone-wolf terrorists, incited by social media, acting on their own; but something that someone on a higher echelon is instigating, supplying the needed weapons, and perhaps also deciding the targets and the timing of attacks. Not every day, rather one every other day. At a pace that suits them, and that keeps the violence on a low flame, but keeps it going.

The attack at Beit Horon was carried out just yards from Highway 443, one of the two main junctions in the country, which leads to the captial, Yerushalayim.

There is no doubt the attackers and their masters were quite familiar with the location. They knew the height of the fence and the path that leads from the entrance to the neighborhood market situated at the very edge of the town, just a short distance from the security post manned by guards 24 hours a day.

Furthermore, it was a bold operation. Much more than those we’ve seen in the out-of-the-way communities in Har Chevron. About 150 yards from the Border Police station, that from there police units can be dispatched in seconds.

In spite of it all, Beit Horon was chosen for the attack, that b’chasdei Shamayim was not completed successfully, as the guard shot the terrorists and neutralized them before they could detonate the explosives, though it was a close call.

From the outset of the wave of terror, we have spoken of degrees. Monday night was another degree, another step up, that included explosives.

Someone has to check the security arrangements in this small town to determine whether they thought that because they were so close to the Border Police post they were immune to attack, and therefore did not need a higher, more secure, fence.

Security officials will have to investigate the source of the large supply of explosives the terrorists brought with them. They themselves did not assemble them, unlike the terrorist twin sisters, who worked on those bombs for almost half a year.

Based on the background of the two terrorists who infiltrated Beit Horon, it would not appear that they were capable of assembling bombs. Somebody else must have done it, and knew of their intentions. Apparently, a number of others knew about it, which is evidence of extensive organization and planning.

Less than two weeks ago, a chareidi polling firm conducted a survey of the impact of the terror campaign, and among other questions, they asked: “Do you continue to travel on Highway 443?”

The results show that there has been a drop in the number of people traveling 443.

It is fair to assume that Monday night’s incident will reinforce the trend of avoiding this route, which security forces have not been very successful in protecting, where the terror attacks have been too many, and which reached their height on Monday in an attack carried out by one terrorist who lives right alongside the highway, and the other not far away from it.

Does the state indeed wish to abandon Highway 443? Does it not have the capability to secure it?