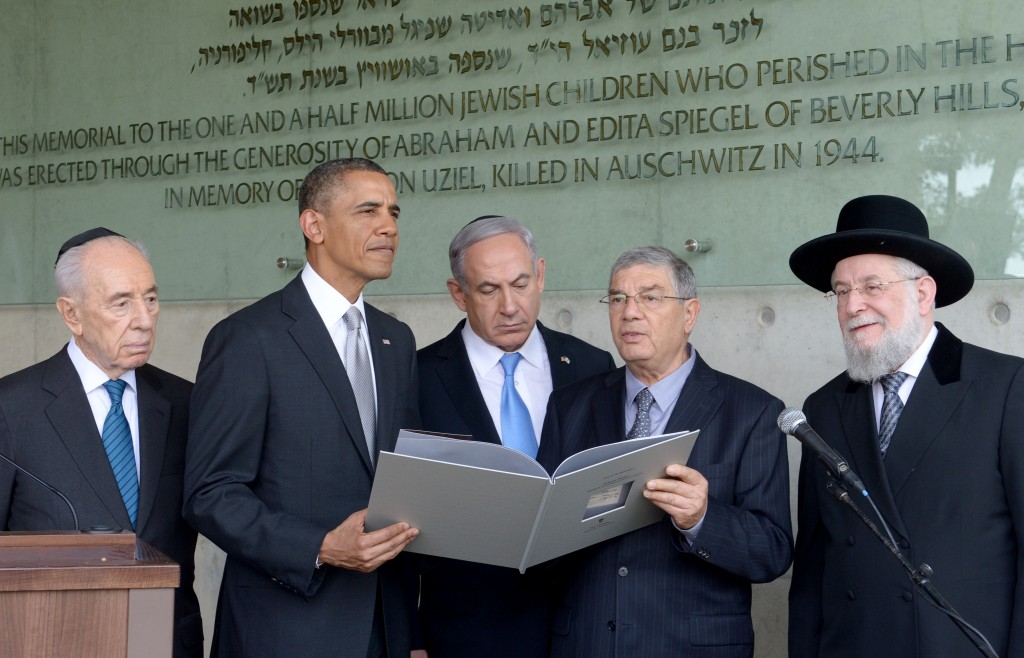 President Barack Obama is to make an unprecedented appearance at the Israeli Embassy in Washington, D.C., this Wednesday, Jan. 27, for a ceremony marking International Holocaust Remembrance Day, the White House announced.

The event, which takes place on International Holocaust Remembrance Day and the 71st anniversary of the liberation of Auschwitz, is sponsored by the Embassy of Israel in partnership with Yad Vashem, the Holocaust Martyrs’ and Heroes’ Remembrance Authority in Israel.

At this ceremony, the first of its kind to be held in the United States, Yad Vashem will posthumously recognize four Righteous Among the Nations who heroically risked their lives to save Jews from the Nazis, forever demonstrating the importance of standing up to intolerance and hatred everywhere.

Israeli Ambassador to the U.S. Ron Dermer wrote on Friday that it is a privilege to recognize the heroism of those to whom the Jewish people owe the highest debt of gratitude. He added that he deeply appreciates President Obama’s acceptance of the Israeli embassy’s invitation to speak at the event. It will be a worthy tribute to the worthiest among us, he wrote.

The White House said on Friday that Obama would “posthumously recognize four individuals who heroically risked their lives to save Jews from the Nazis.”

The ceremony will honor four Righteous Among the Nations who have passed away: two Americans, Roddie Edmonds and Lois Gunden, and two Poles, Walery and Marylta Zbijewski.

At his weekly Cabinet meeting Sunday, Israeli Prime Minister Binyamin Netanyahu thanked President Obama “for deciding to attend an event marking International Holocaust Remembrance Day at the Israeli Embassy. This sort of thing hasn’t happened in many years, and it is more proof that the relations between Israel and the U.S., despite the disagreements, are solid and strong.

“We’ve heard over the past years talk of the collapse of the relations. What happened are talks of collapse, but it seems that the relations are getting stronger – for example the memorandum of understanding that we will likely reach in the coming months [with the U.S.] regarding defense aid for the next 10 years,” Netanyahu said.