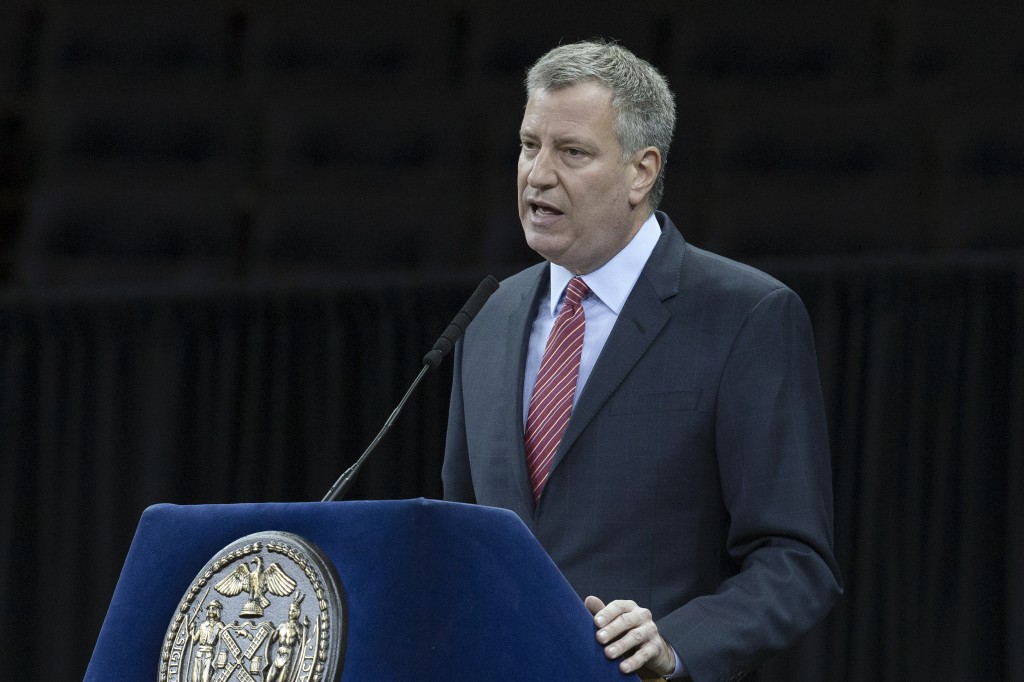 De Blasio said Trump’s comment that he could “shoot somebody” on the city’s famous 5th Avenue and not lose support was inappropriate at a time when lawmakers are trying to “deal with the scourge of gun violence.” De Blasio said the comment is arrogant and shows that the billionaire is “not ready for prime time.”

De Blasio also said that despite the respect he has for his predecessor, Michael Bloomberg, he still maintains that Americans aren’t interested in a race between billionaires Bloomberg and Trump. He said the 2016 presidential race is really about addressing income inequality. As de Blasio put it: “I don’t think most Americans think that billionaires are the ones who are going to give us a more fair economy.”