Regional Morning After the Storm, Much of Lakewood Still Snowed In
Regional 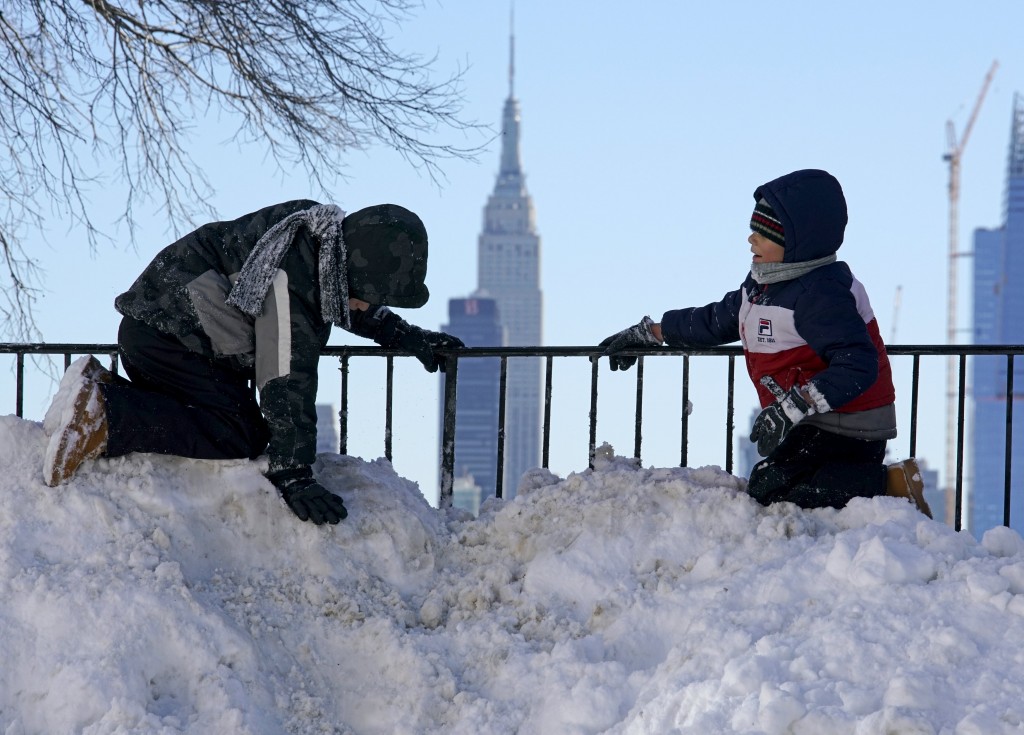 After a Shabbos of braving the elements, Lakewood residents awoke Sunday morning to a bright sunny day, but no way to get their cars out of the nearly two feet of snow.

Though nearly all major roads were passable, the vast majority of side streets were untouched by plows, relegating countless citizens to foot travel.

“It’s terrible — there’s no way that we can get the car out,” said one Lakewood mother. “This storm was not a surprise; I don’t know why more wasn’t done to prepare for it.”

Others took a more stoic approach.

“Nearly every year we get one or two big snowstorms, and for a little while after, it’s not so easy to get around, so I’m not sure what the whole outrage is about,” said another Lakewood resident. “If you work for Hatzolah or something like that, I understand the issue, but why can’t everybody else enjoy a quiet day, walk to the nearest beis medrash and take in how beautiful Lakewood is in the snow?”

Committeeman Meir Lichtenstein told Hamodia that the situation is the result of the town’s snow-removal vehicles remaining largely inactive until after the storm had subsided.

“You can’t leave roads untouched for so long. Now there’s two feet of snow piled up and we don’t have equipment to handle that,” he said. “The town’s plows should have been out much earlier.”

Mr. Lichtenstein, who spoke from Lakewood’s Public Works Office, said that in light of the situation, the town had hired outside contractors with heavier machinery to clear the many snow-covered side streets. He said that his goal was to have the roads open by Sunday night.

Motzoei Shabbos, realizing the challenge that the storm had posed to emergency responders, the town committee gathered police and fire dispatchers, together with community organizations including Hatzolah, Chaverim and LCSW (Lakewood Civilian Safety Watch), to a central location to better coordinate the many emergency calls being received.

In one instance, Mr. Lichtenstein related, a woman needed to reach Monmouth Medical Center, about 40 minutes from Lakewood, for a medical emergency. Hatzolah picked up the patient and her husband and transported them to the hospital, police got clearance for the ambulance to pass through areas that had been closed to vehicular traffic, and LCSW brought the family’s babysitter to their house.

“Everybody worked side by side,” he said. “Baruch Hashem, we do not know of anyone who got hurt due to the storm.”

The limited mobility left the town’s students without transportation for Sunday. Almost all mosdos were closed, with the exception of Satmar and Cheder Bnei Torah — both famous for their policy to remain open under all conditions. Board of Education busing had been canceled for Monday as well. An askan who works on behalf of several mosdos said that while he expected most chadarim to arrange for private busing and be open on Monday, the majority of girls’ schools would remain closed until Tuesday.