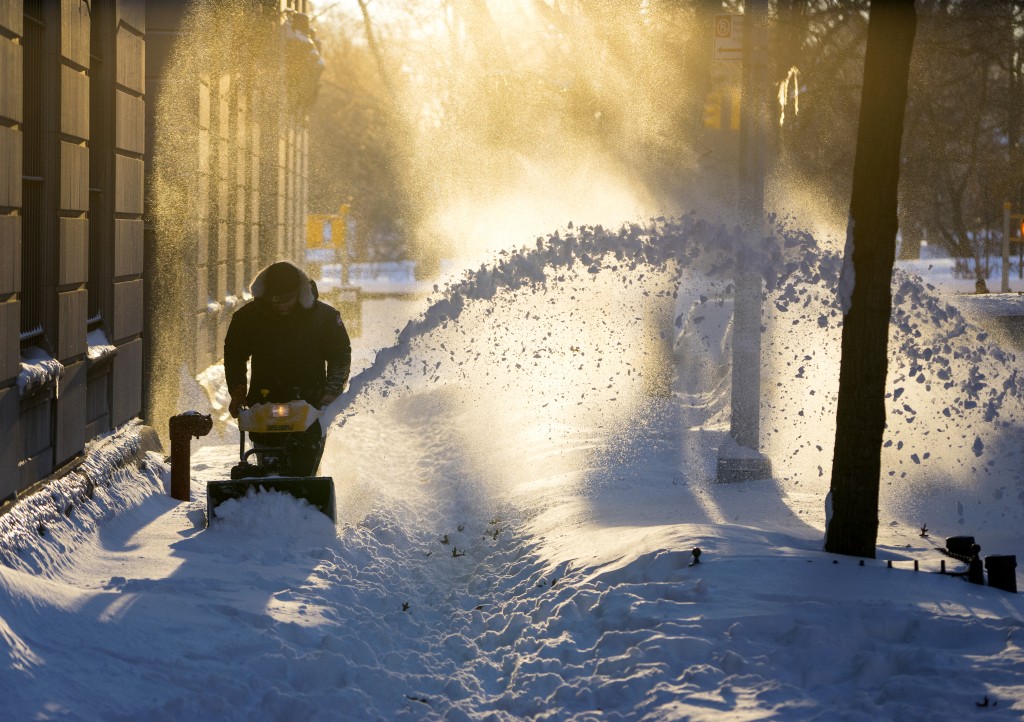 New York Governor Andrew Cuomo says a travel ban instituted during a massive snowstorm has been lifted. A state of emergency imposed by Cuomo was still in place.

Cuomo announced Sunday morning that the ban barring non-emergency motorists from being on the roads was lifted at 7 a.m.

The governor says full service to the above-ground portions of the Metro-North, Long Island Rail Road, and city subway systems will be restored gradually, as equipment and crews are put into position.

Millions of residents, business owners, and workers began digging out Sunday from the massive blizzard that brought Washington, New York and other northeastern cities to a standstill.

Washington streets were deserted early on Sunday, with major downtown arteries already cleared and lined with mounds of snow. Workers were clearing sidewalks and alleys, and Mayor Muriel Bowser issued a call for 4,000 people to help dig the city out, above the 2,000 volunteers already signed up.

The storm was the second-biggest in New York City history, with 26.8 inches by midnight Saturday, just shy of the record 26.9 inches set in 2006, the National Weather Service said. Winds gusting to more than 40 mph sculpted drifts many feet high, burying cars.

The brunt of the blizzard reached the New York City area after battering Washington, where snow piled up outside the White House and famous monuments were frosted with snow.

After dumping about two feet of snow on the Washington area, the storm unexpectedly strengthened as it spun northward and slammed into the New York metropolitan area, home to about 20 million people.

The 26.6 inches of snow that fell in Central Park on Saturday is a one-day record for New York City.

By early Sunday, the storm had all but moved off the coastline, with remnants trailing over parts of Long Island and Cape Cod. Much of the northeast was expected to see a mix of sun and clouds on Sunday with temperatures just above freezing.

Given the massive storm’s impact, it was too soon to tell how much Wall Street’s reopening on Monday would be affected.