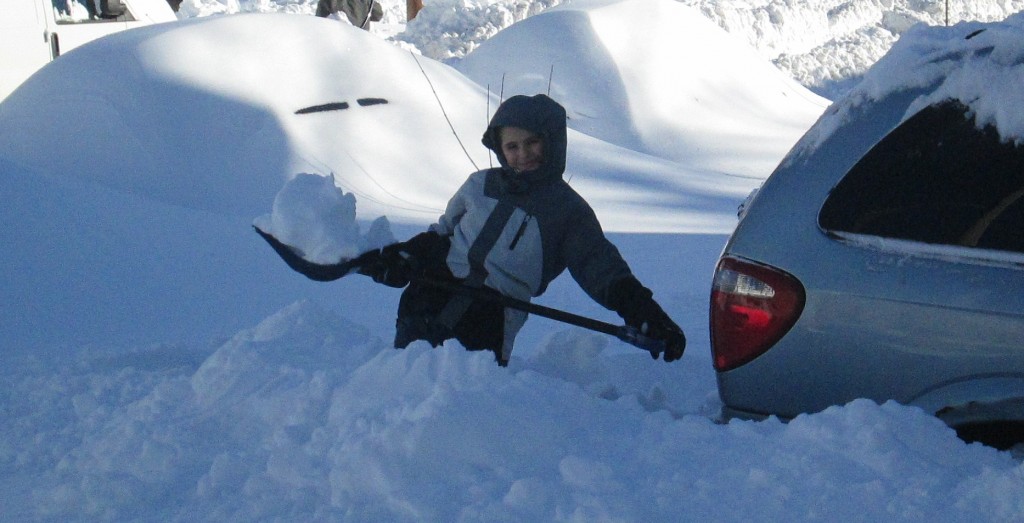 Baltimore received over two feet of snow during the 24-hour period from Friday night through Motzoei Shabbos. Many people organized minyanim in their homes, or simply davened in the closest shuls. One Baltimore resident, who lives down the block from a shul, commented, “It was a great kiddush Hashem to watch Yidden trudging through high piles of snow, and braving strong winds and blowing snow, to get to shul to daven with a minyan multiple times on Shabbos.”

While for most people, the snowstorm is, at worst, an inconvenience, for emergency responders it takes on a far more serious dimension.

“The community has really come together to deal with the situation,” Nathan Wilner of Baltimore Shomrim told Hamodia. He said that local Hatzolah, Chaverim and Shomrim have all been responding to calls throughout the storm and in its aftermath, but added that in several instances impassable side streets made it necessary for residents to assist patients to ambulances on the nearest main thoroughfare.

Mr. Wilner humorously pointed out one advantage that Shomrim in particular has seen as a result of the record snowfall. “Crime has been much lower,” he said. “Even criminals don’t want to get stuck in the snow.”

On Sunday, the snow stopped, the sun came out, and The Great Clean-Up began. Neighbors worked outside, trying to dig paths to the street, clear sidewalks and maybe even dig out their cars. However, most streets remained impassable, and Hatzolah and other emergency-response organizations begged residents to limit travel, so as to keep the roads clear for emergency situations.

Schools were closed, and some schools announced on Motzoei Shabbos that they would remain closed through Monday, at least. Many stores, including Seven Mile Market, the local kosher supermarket, were also closed on Sunday.

As reported by the Baltimore Sun, this was Baltimore’s biggest single snowfall ever, and Governor Hogan urged people to try to stay home. Interstate highways and other primary routes were expected to be cleared by Monday morning, but local roads may take several days to clear.