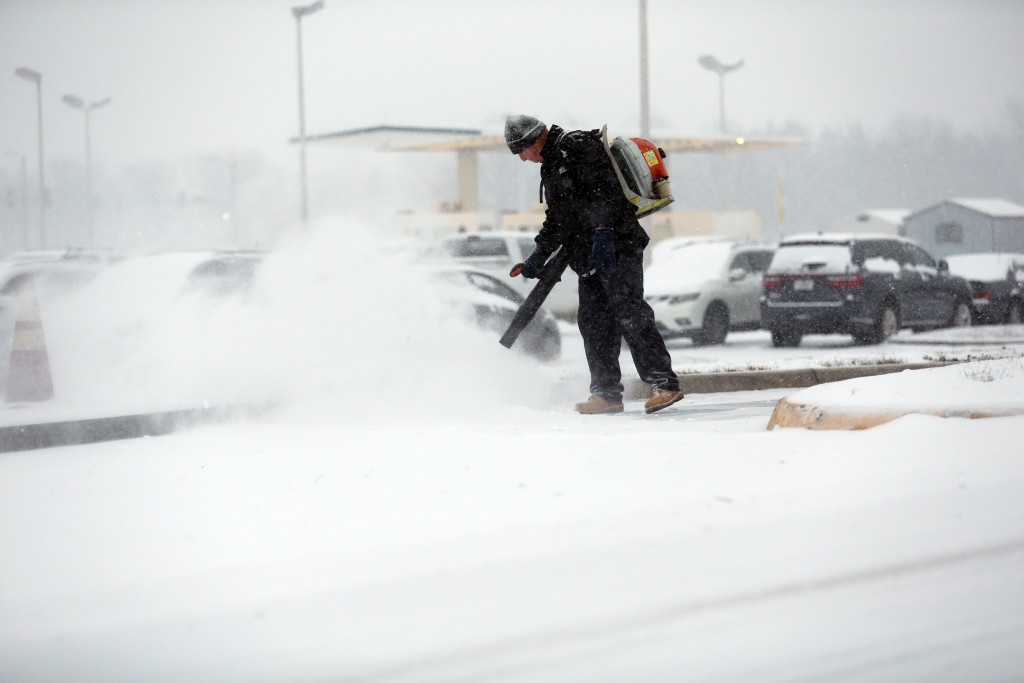 After canceling nearly 7,000 weekend flights, airlines have started to cut Monday service as the ripple effects of the driving snow and ice that brought many East Coast airports to a standstill drifted into the next workweek.

Flight cancellations for Monday for all airlines stood at 601 as of early Sunday morning, but FlightAware said the number is sure to rise.

The bulk of Saturday’s 4,459 cancellations were at airports in the New York City and Washington, D.C., metro areas, according to flight tracking service FlightAware. Another 2,467 flights were canceled for Sunday, and the count keeps rising.

As the storm intensified, United Airlines announced it would not operate out of airports in the Washington area on Sunday. Service should gradually resume Monday, the airline said. “Very limited” service would restart Sunday afternoon at airports in the New York City area.

Since Friday, the number of canceled flights has topped 10,000. Cancellations have centered on Charlotte and Raleigh, North Carolina, Philadelphia, Washington and New York, with airlines essentially shutting down all flights into those cities.

One bit of good news was that Saturday is usually the slowest travel day of the week. There were a little more than 22,000 flights scheduled to, from or within the U.S., according to FlightAware. That’s about 5,000 fewer flights — and 400,000 fewer passengers — than Thursday or Friday.

Amtrak also canceled or cut back on service. Several trains scheduled to depart Washington for New York City were canceled, as was service from Washington to stations in Virginia and the Southeast, according to Amtrak’s site.

All major airlines issued waivers for travel over the weekend, allowing passengers to rebook onto earlier or later flights to avoid the storms. The airports included vary by airline, but they include cities in Kentucky, Tennessee and West Virginia all the way up the coast to New Hampshire and Massachusetts. As of late Friday night, American Airlines alone had issued waivers for 42 airports.

Passengers looking to cancel trips should wait until the airline officially calls off the flight. Airlines have been much more proactive in recent years about canceling flights, often doing so up to a day in advance. More travelers are affected, but they aren’t stuck waiting in airports. It also lets airlines restart the system quicker because they have planes and crews in place.