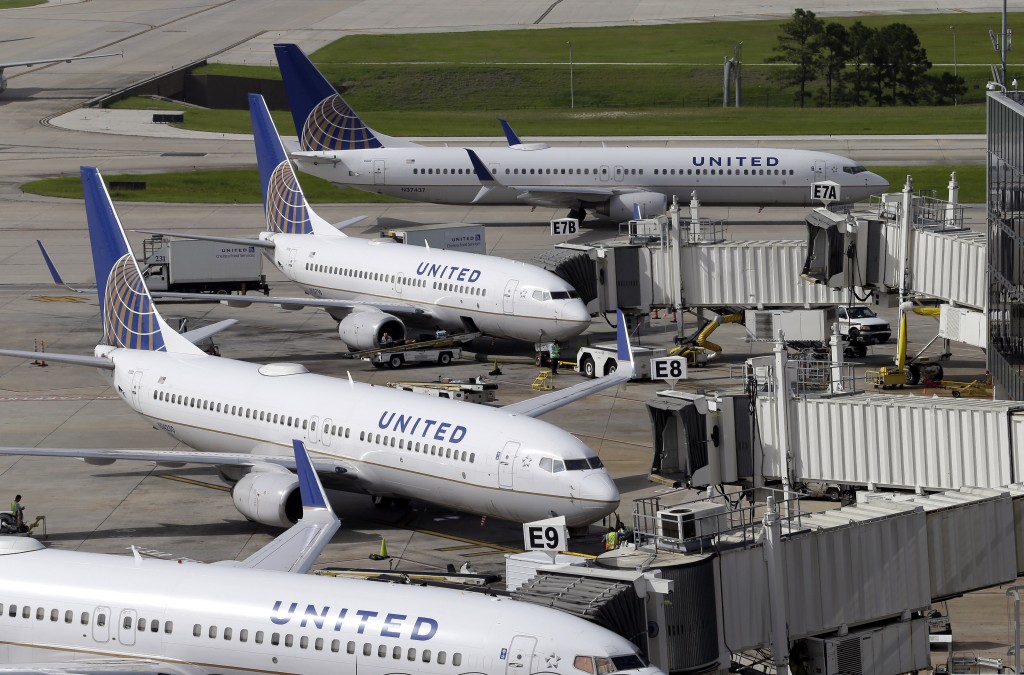 The nation’s airlines are reporting soaring 2015 profits largely because of sinking fuel prices. The record income, however, isn’t translating into big cuts in airfares.

In earnings reports released this past week, the country’s biggest carriers reported profits that surpassed totals reported before the 2007-2009 recession and the 2001 terror attacks.

“Our 2015 performance was a record for Delta on all fronts,” said Delta Air Lines CEO Richard Anderson, whose airline reported $4.5 billion in profit for the year, compared with $659 million in 2014.

The airlines can thank demand for air travel that increased up to 9 percent last year, while the price of fuel – one of the airline industry’s biggest expenses – dropped more than 30 percent.

Despite the plunge in fuel costs, domestic airfares for the year have changed little from 2014.

According to Farecompare.com, a site that tracks ticket prices, the cheapest domestic airfare rose by 1.5 percent in 2015 over 2014. The U.S. Department of Transportation has yet to calculate airfares for the entire year, but the average domestic fare for the first six months was $388, down less than 1 percent from the comparable period in 2014.

As long as demand for air travel remains strong, airlines are not under pressure to cut fares, said Seth Kaplan, managing partner for the trade publication Airlines Weekly.

“These business are not charities, and they are not going to give consumers benefits just for the sake of doing it,” he said.

Because of a series of mergers over the past decade, more than 70 percent of all domestic traffic is now controlled by four airlines, said Richard Gritta, a University of Portland finance professor and airline expert. The big four carriers – Southwest, American, United and Delta – controlled 50 percent of U.S. air traffic 10 years ago.

“Why would they want to cut fares when we don’t have a choice if we want to fly?” he said.

Don’t expect to get a discount on fees to check bags, either.

If airlines were to sharply reduce or eliminate all passenger fees, most of the airline industry’s profits would evaporate, said Henry Harteveldt, travel industry analyst for San Francisco-based Atmosphere Research Group.

“If someone is looking at these profits and thinking ‘Does that mean bag fees will go away?’ The answer is not only no, but very much no,” he said.

Airline executives say they are sharing the wealth with passengers by investing some of their windfalls into new planes, better amenities and remodeled terminals. They’re also giving raises to employees and dividends to investors.

Delta announced in December that it plans to order 20 Embraer 190 jets and 20 737 planes from Boeing. The 737 jets feature larger overhead bins and upgraded audio-video entertainment systems in the seat backs. The planes are scheduled to be added to the fleet by 2019.

United Airlines, which reported a $7.3 billion profit for 2015, compared with $1.1 billion the previous year, announced plans to buy 40 new Boeing 737-700 planes that will enter its fleet beginning in mid-2017. Some of the new planes will be used to replace smaller, 50-seat planes operated by the carrier’s regional airline.

Starting in February, United plans to bring back free snacks to passengers in economy seats.

Southwest Airlines, which reported $2.2 billion in profit for 2015, up from $1.1 billion in 2014, plans to speed up the retirement of more than 120 Boeing 737 planes, many of which are at least 15 years old. The old 737s would be replaced by new aircraft with modern amenities such as wireless Internet.

The flurry of plane orders doesn’t mean that airlines will be adding lots of flights. Some of the new equipment is replacing old planes, and carriers are being careful not to expand overall capacity by too much, which would have the effect of lowering fares, industry experts said.

Industry experts say lower fuel costs have allowed ultra low-cost carriers such as Spirit Airlines and Frontier Airlines to expand, which puts pressure on the larger carriers to keep fares from rising on those routes served by the low-cost carriers.

Delta, American and United have already taken steps to keep the ultra low-cost carriers from luring away too many customers.

Three years ago, Delta Air Lines introduced extra-cheap tickets, called Basic Economy fares, which are nonrefundable, can’t be upgraded or changed and don’t let passengers choose their seats. The fares were launched in response to competition from low-fare carriers flying out of Detroit, but Delta has since expanded them for other routes.

Fort Worth-based American Airlines announced two months ago that it will launch a no-frills, bare-bones fare. The carrier has yet to reveal details of the new fare, which start this year.

United Chief Revenue Officer Jim Compton said this past week that the Chicago-based carrier will introduce an “entry-level fare” that will be directed at “price-sensitive customers.” The new fare category will be available in the second half of this year.