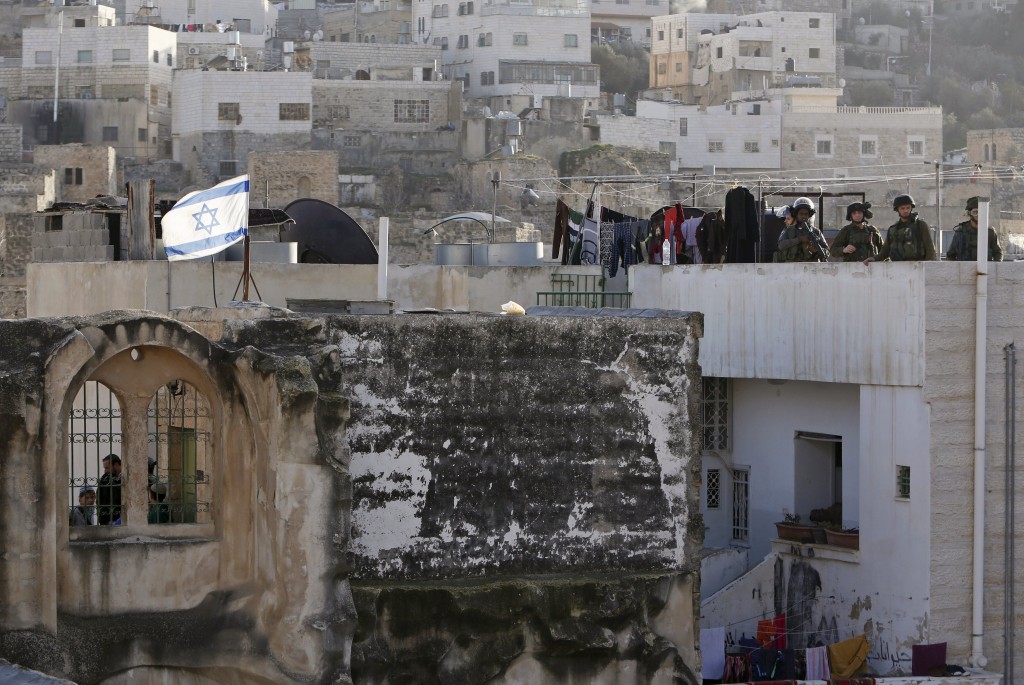 Security forces on Friday morning removed dozens of people who had moved into two homes in Chevron on Thursday – and according to MKs Oren Chazan, Betzalel Smotrich, and Ayoub Kara, that is going to cost Prime Minister Binyamin Netanyahu his coalition.

Police spokesman Micky Rosenfeld says that troops removed 80 people who had moved into the buildings the day before and closed access to the sites.

The three MKS sent a letter to Netanyahu Friday morning, telling Netanyahu that if the IDF were to remove these people from Chevron, they [the MKs] would bring down the coalition. The homes are located adjacent to the Me’aras Hamachpelah, and according to the residents and Absorption Minister Ze’ev Elkin, who spoke at a ceremony Thursday night welcoming the new residents, the buildings had been purchased legally.

“I congratulate the residents for their determination in expanding the Jewish presence in Chevron,” the minister said in remarks broadcast on Channel 1. “There are no legal issues involved in this purchase whatsoever.”

Defense Minister Moshe Yaalon disagrees, and has demanded to see documentation attesting to the sale – which the residents are reluctant to produce in order not to endanger the lives of the former owners, who, by selling their property to Jews, are now subject to a death penalty sentence by the Palestinian Authority. Yaalon is also demanding the right to approve the residency, both from a security and political perspective, Channel 1 said.

As a result, Yaalon on Friday morning sent forces into Chevron to remove the residents. The forces were told to remove the residents forcibly if they were to refuse to vacate voluntarily. However, the three MKs – two from the Likud and one from Jewish Home – have promised that they will “no longer be committed to coalition discipline” and will see themselves “as free to vote our conscience.” With only 61 members in his coalition, three missing votes could mean the demise of the current government – and the scheduling of new elections.

“We are part of this coalition and our voices need to be heard too,” Smotrich wrote. “Yesterday most of the government’s ministers praised the entry of the families into the buildings, and they themselves called on the Defense Minister to authorize their entry. Just as Yaalon is ignoring the calls of the members of his own government and party, he is ignoring our calls as well.”

Smotrich is positive that other MKs and ministers – such as the head of his party, Naftali Bennett – will back his position. “I call on the other members of the national camp to join our demand to bring a positive change to the government’s policy,” Smotrich added.

Netanyahu’s office has not yet commented on the threat.