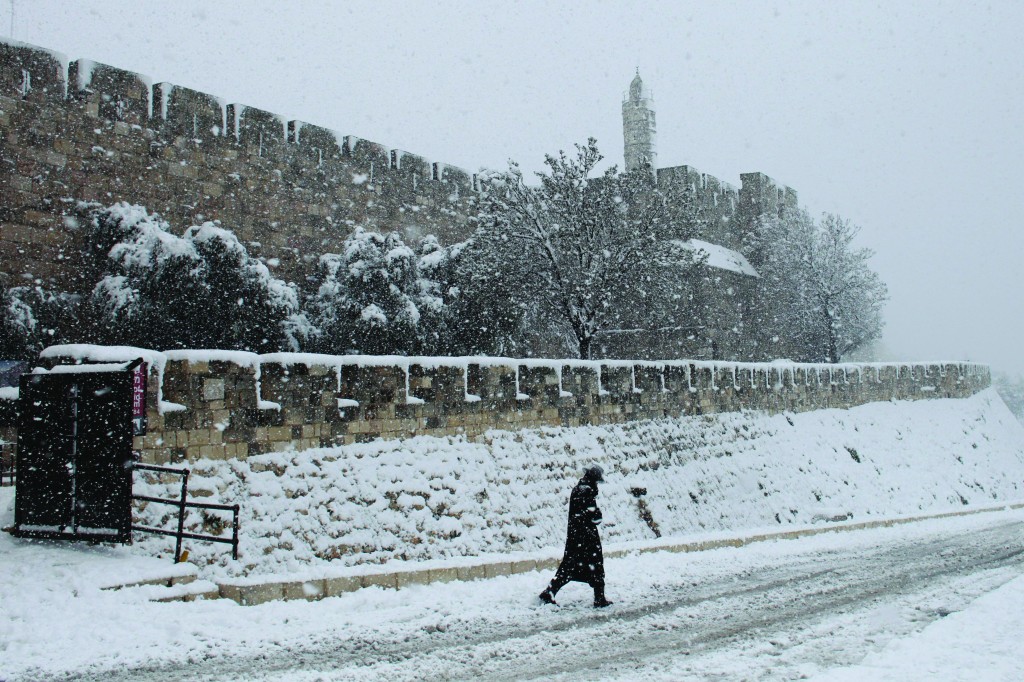 Snow in Yerushalayim? It’s possible, especially on Motzoei Shabbos, when temperatures are forecast to sink, just as the bulk of a huge winter storm begins dropping large amounts of precipitation on the country. Rain is expected to fall from the north to the south beginning Shabbos afternoon, and is unlikely to let up significantly until Tuesday or even Wednesday, the latest forecasts showed.

Forecasters told Channel Ten that there were two forecast models they were following – and on Friday, it appeared that the colder one, which calls for a “significant snow event,” appeared to be the more valid one. Snow will definitely fall in the Golan and on the higher elevation mountains of the Galilee, but the question of whether snow will fall in Yerushalayim is still an open one, the forecasters said.

Snow or rain, though, the temperatures will plummet and the winds will be strong – two elements that always mean trouble for the Israel Electric Corporation (IEC), which is on full alert. Extra repair crews will be on duty to quickly fix high-tension wires that are damaged by snow, wind, or fallen trees. The IEC asked Israeli homeowners to secure objects that are likely to be swept up in a wind gust that could damage electrical wires.

The IEC also asked that customers use electricity “in a reasonable manner,” in order to ensure that there is enough power to go around. In a statement, the company said that it believed it had enough capacity to ensure that there would not be any power cuts because of shortages. If there are problems, the company asked the public to “display patience,” and to “proactively report problems such as downed or torn wires or other damages to the electrical system.”