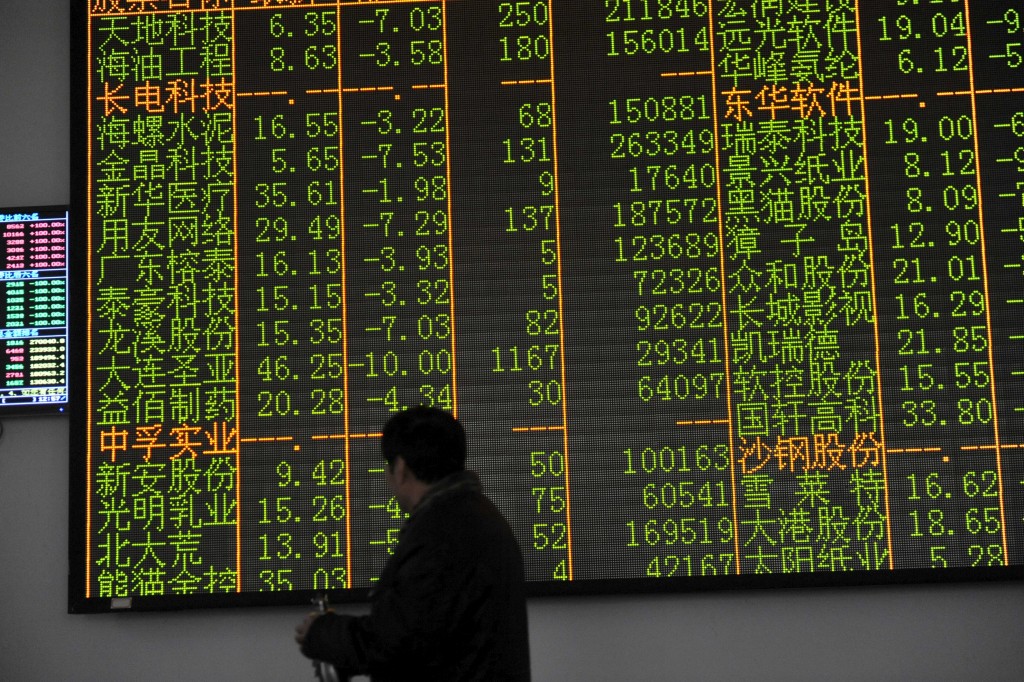 Asian stocks bounced at the end of a tumultuous week, recovering from four-year lows thanks to hints of more monetary policy support by the European Central Bank (ECB) and a rally in crude oil from 12-year lows.

MSCI’s broadest index of Asia-Pacific shares outside Japan rose 2.6 percent, the most since Sept. 9, after probing a four-year low on Thursday.

That puts the index on track for a 0.2 percent gain for a week in which oil prices plunged and China-led global growth concerns pummelled risk assets globally.

Japan’s Nikkei surged 5.9 percent at the close, the most in more than four months, moving away from a 15-month low struck Thursday. It was boosted by speculation that the Bank of Japan would opt for additional stimulus at its Jan. 28-29 policy meeting. The rally shrank losses for the week to 1.1 percent.

“We’re seeing a really nice bounce today as lots of people close their short positions, but that doesn’t necessarily mean we’ve seen the bottom,” said Nicholas Smith, a strategist at CLSA. “It’s tough to know when a panic is going to subside but it does look like we’re starting to get there.”

The ECB managed to contain some of the pessimism for the time being after ECB President Mario Draghi hinted strongly on Thursday that more easing could be coming within months. Fading growth and inflation prospects will force the central bank to review its policy stance in March, Draghi said.

“With little new information on China, the rebound in sentiment looks to be more closely tied to actions among major central banks,” wrote Todd Elmer, Citi’s Asian head of G10 FX strategy.   “However, the apparent improvement in sentiment poses risks. If central banks fail to deliver it could drive a negative turn in market thinking,” he added.

The euro slipped 0.4 percent to $1.0832. The common currency fell to an eight-month low of $1.0523 in December but has appreciated significantly because the ECB’s easing decision that month fell far short of expectations.

The dollar was up 0.3 percent at 118.03 yen, pulling away from a one-year trough of 115.97 struck earlier this week against the safe-haven Japanese currency.

The Chinese yuan remained relatively steady against the dollar as efforts by local authorities to quell speculation of a sharp depreciation appeared to work for now.

After guiding the yuan sharply lower and pushing onshore spot rates to a five-year low earlier this month, the People’s Bank of China (PBOC) has helped the currency steady by setting a succession of midpoints within a tight range. Authorities have also introduced steps to discourage speculators from shorting the yuan.

U.S. crude oil extended an overnight rally made after data showed stockpiles at some U.S. sites did not grow as much as forecast, providing participants in the battered market with an incentive to cover short positions.

The contracts were up 1.2 percent at $30.71 a barrel. U.S. crude fell to its lowest levels since 2003 earlier this week as the prospect of Iranian oil – following the lifting of international sanctions on Tehran – flooding a heavily saturated market dragged down prices.

Other commodities also benefited as a sense of calm prevailed. Three-month copper on the London Metal Exchange rose 0.4 percent to 4,450 a tonne, poised for a 2.7 percent weekly rise.