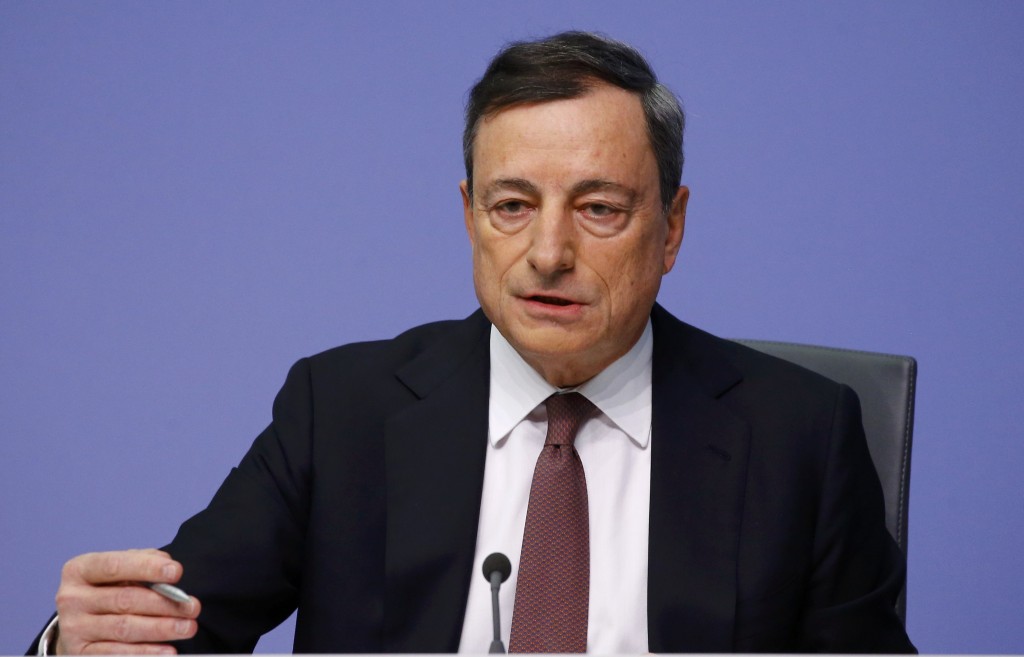 A bounce in European shares, a tentative stabilization in oil and soothing sounds from ECB head Mario Draghi helped steady global markets on Thursday, after a torrid few days that has wiped trillions of dollars off asset values.

A 3-percent slump in Chinese stocks had given Asia another bruising, so there was relief as a more than 1 percent jump for London’s FTSE, Germany’s DAX and France’s CAC 40 as Draghi hinted at more rate cuts, pulled markets out of their nosedive.

Draghi said the dramatic slump in oil and stocks prices this month had compounded the risks to the euro zone economy and that it would “review” its already record low interest rates and 1.5 trillion euro money printing program at its March meeting.

“It will therefore be necessary to review and possibly reconsider our monetary policy stance at our next meeting in early March when the new staff macroeconomic projections become available.”

There was also relief that oil prices, which are down more than 25 percent since the start of the year and one of the main drivers of the cross-asset rout, were also steadier at $27.70 for Brent and $28.20 for U.S. benchmark WTI.

Draghi’s comments cut the euro to below $1.08 for the first time in two weeks and to a 9-month low against Japan’s yen, which has been boosted in recent weeks by its reputation as a safe refuge in times of market turmoil.

Euro zone bonds rose too. German Bund yields, which move inverse to prices, fell to their lowest since May last year as the recent strains on Portuguese, Italian and Spanish bonds also eased.

“Draghi is painting the picture you would expect,” said National Australia Bank strategist Gavin Friend said. “He is opening the door to further policy easing if the conditions require.”

In emerging markets the tensions remained intense, however. MSCI’s 23-country EM index notched a 6-1/2 year low and Russia’s ruble tanked almost 5 percent at one point as it set a record low against the dollar for a second day running.

The Krelin called the ruble moves “volatile” but said it was “not collapsing.” A spokesman said President Vladimir Putin had no special meetings on the situation planned, though he was being kept regularly updated on the market moves.

In the foreign exchange markets, the swoon in the euro sent the dollar index, which tracks the U.S. unit against six of the world’s other biggest currencies, up 0.5 percent.