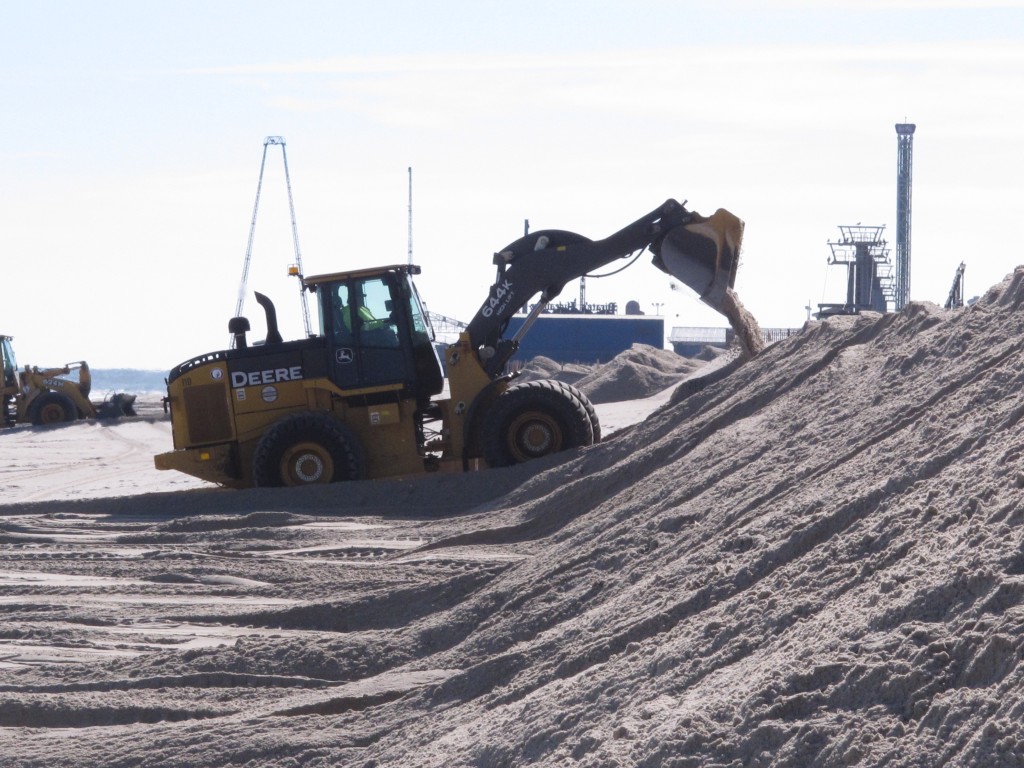 Washington D.C., New York and other East Coast cities readied fleets of snow plows, airlines canceled flights and residents stocked up on groceries on Thursday ahead of a winter storm expected to dump up to 30 inches of snow.

At least five states had declared emergencies by Thursday afternoon, as the season’s first major Atlantic Coast storm started to move over the Mid-South before barreling on an expected north and eastward course.

Blizzard warnings were out in the nation’s capital and Baltimore, with extreme conditions expected to begin on Friday afternoon, while New York City was under a blizzard watch for Saturday morning.

The Washington Metropolitan Area Transit Authority, which includes the second-busiest U.S. subway system, said it would suspend operations from late on Friday through Sunday.

Grocery store shelves were being stripped of bread, milk and other essentials as millions of residents in the storm’s path prepared to hunker down for a wintry weekend. Consumer watchdogs warned against illegal price gouging for such essentials as generators, batteries, flashlights and hotel lodging.

Airlines began cancelling Friday and Saturday flights, with most of the 951 cancellations for Friday at Washington and North Carolina airports, according the FlightAware.com.

“Anyone who has the illusion you’re going to be taking big trips over the weekend, get that out of your mind,” de Blasio said at a news conference.

Speaking at a news conference surrounded by dump trucks being loaded with salt, Bowser said the U.S. capital’s public schools would be shut on Friday and local government offices would close at noon.

The National Weather Service put Washington and Baltimore under blizzard warnings from 3 p.m. Eastern Friday through Sunday morning. It forecast up to 2 feet of snow in the capital, and as much as 30 inches in western suburbs, with winds gusting to 50 miles per hour.

“Visibility will be reduced to near zero in whiteout conditions,” it said.

The storm was expected to deliver a slightly weaker wallop to the New York and Long Island areas with blizzard conditions from Saturday morning through Sunday.

New York canceled its Winter Jam in Central Park, set for Saturday, even after the snow-starved city had spent days making artificial snow for the winter sports festival.

Governors in Virginia, Maryland, North Carolina and Pennsylvania joined Bowser in declaring states of emergency, and the governor of West Virginia declared a state of preparedness.