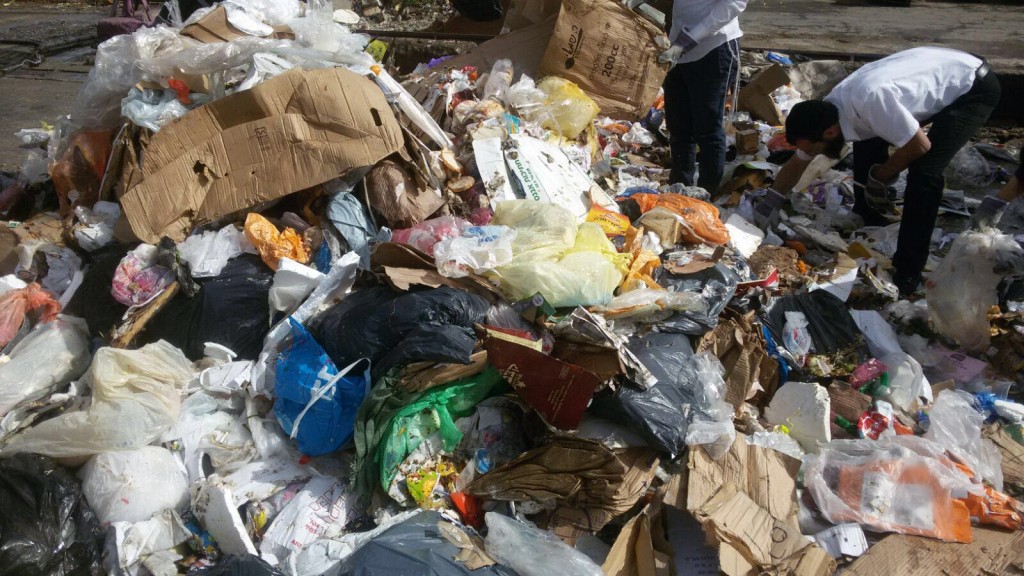 On Thursday morning, a mass search was underway in the Geulah neighborhood in Yerushalayim, and later in Givat Shaul, as many people searched for a diamond engagement ring that, its owner believes, may have been taken out with the trash. The ring belongs to a kallah who is set to be married next month and is valued at NIS 36,000 (just under $10,000).

Apparently, the ring had been misplaced and fell into a garbage bag. By the time the kallah realized that she had lost her ring, the garbage truck had already come and taken away the local dumpster.

She managed to find the truck and convince the driver to stop and unload the garbage back on to the street, so she could search for the ring. Many local residents, without knowing the kallah or the family, volunteered to participate  in the search through the garbage bags for the lost ring.

The initial search proved fruitless, and the truck went to the municipal warehouse in Givat Shaul, near Har Hamenuchos, where the search for the valuable ring continued.

A statement distributed on social networks reported that the family seeks the public’s help in searching for the ring in the municipal warehouse. With the full permission of the city council, dozens of people were sorting through the trash in a feverish, if pungent, search for the ring.

Later Thursday afternoon, the family called off the search, without finding the ring. They thanked all those who helped in the search.